Humphrey Stanley Finney, or called simply Finney by everyone from his wife to the Aly Khan, was regarded by many as “the greatest emissary the Thoroughbred world has ever produced.” A farm manager, writer, editor, show judge and appraiser, who achieved his greatest success arranging public and private sales trans­actions, the English-born Finney launched his Thor­oughbred career in Maryland in 1926 while in his mid 20s.

During his 10-year tenure at Sylvester W. Labrot’s Holly Beach Farm near Annapolis, which began in 1927, Finney graduated from stallion and broodmare manager to farm manager. He took up writing for both the Thoroughbred Record and The Blood-Horse, with the latter publishing the book A Stud Farm Diary, a day-to-day account of Finney’s life at Holly Beach, in 1936. That same year, Finney was elected to the board of directors of the Maryland Horse Breeders Association.

Finney was quick to note that in the seven years since the incorporation of the MHBA, the organ­ization was gravely lacking in direction. He proposed that a mime­o­graphed news bulletin would be a natural way to help unify breeders. Thus The Maryland Horse was born. With Finney in charge, the first edition, a four-page printed flyer, was published in July 1936. 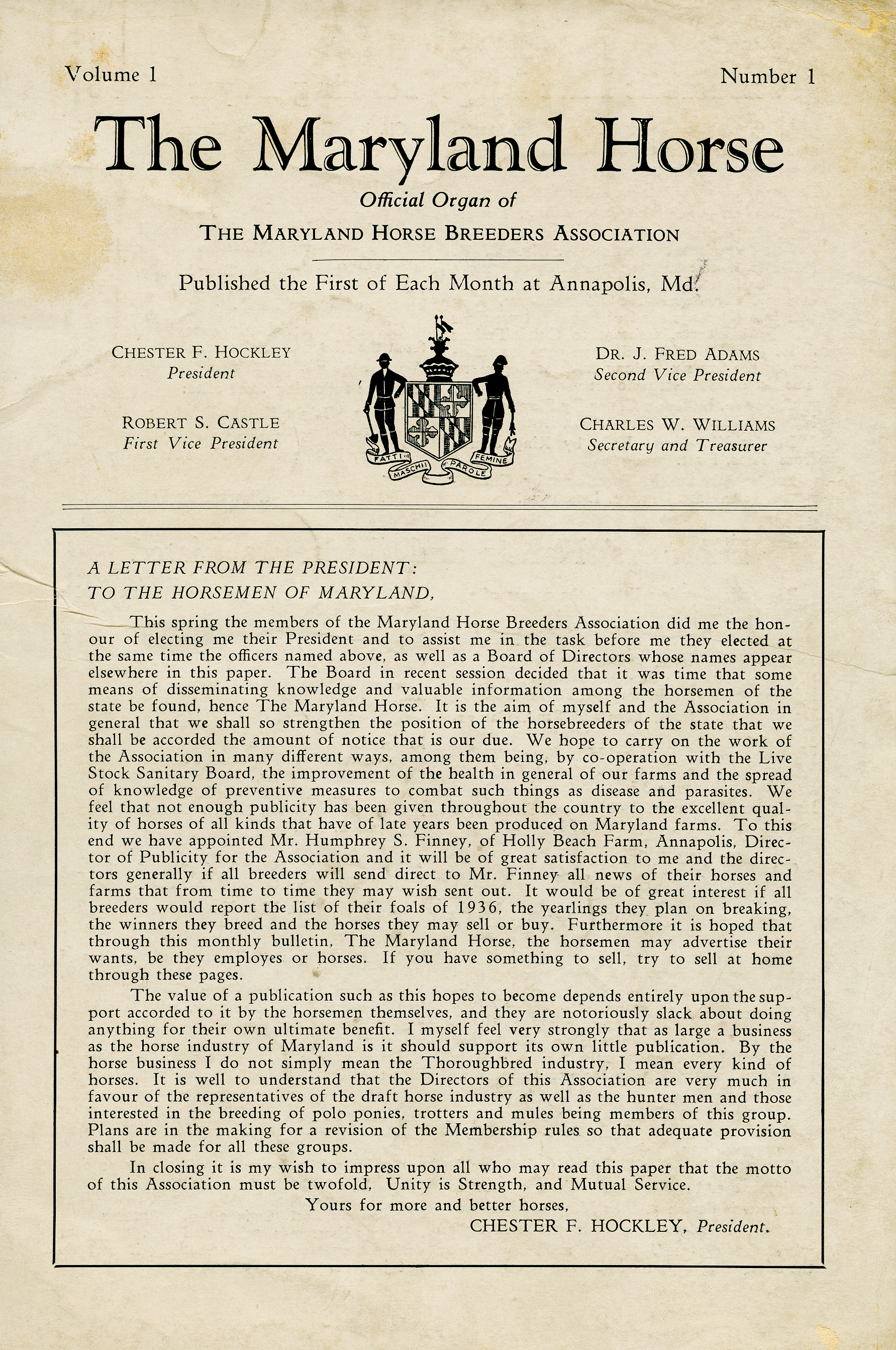 By the next year, Finney was pulling an annual salary as editor and field secretary of the MHBA, and The Maryland Horse became a full-fledged magazine. He gave up his job at Holly Beach and moved his wife Olive and young family to Towson. Over the next 20 years, Finney was a driving force in the growth of the horse industry in the state.

Finney was constantly on the go around the state, visiting breeders and farms, judging horse shows, attend­ing auctions. Thus came the idea of chronicling his travels in another diary. “The Editor’s Saddle-bag” made its debut in the January 1938 issue of The Maryland Horse, its goal explained by Finney. “The Editor of The Maryland Horse has now, perforce, to spend considerable time each month on the highways and byways of Maryland. In this space, month by month, we plan to tell our readers some of the highlights of our days.” 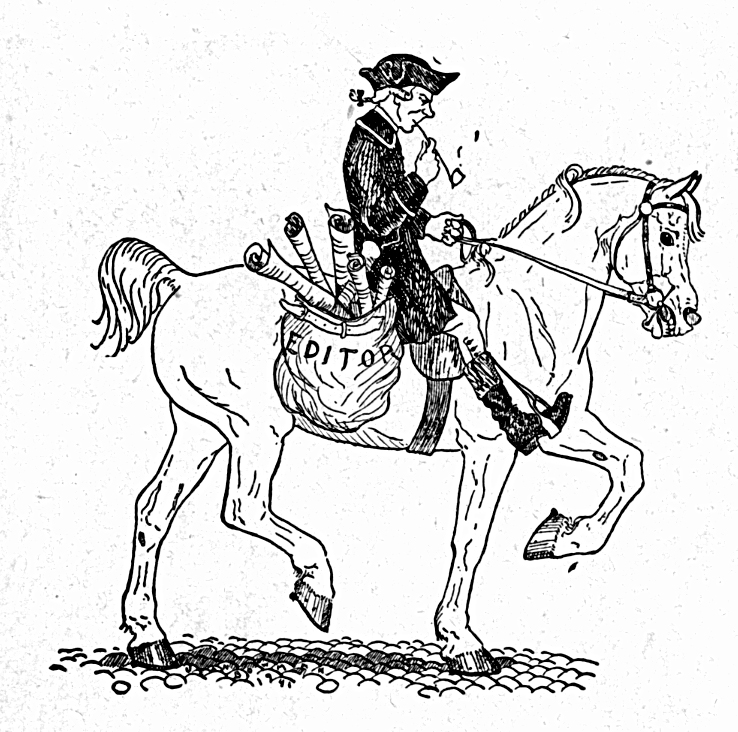 November 27: A wet Saturday morning. Drove down to Belair Stud where we met the Stud’s proprietor, William Woodward. Spent two most enjoyable and enlightening hours going round the weanlings, which are a very nice lot. Fillies out­number colts about 21⁄2 to 1, so buyers had better take this opportunity and pick up some of these fine fillies next August at Saratoga. Many of the best bred weanlings foaled very late. Fighting Fox look­ing in grand fettle; as is Iso­later, brilliantly fast son of Bland­ford. Belair Stud grass very good for the time of year. . .”

“The Editor’s Saddle-bag” was a monthly staple, the only exception being during the war years in the 1940s after Finney was called into service in the Coast Guard in Florida.

In late 1952, Finney took on an executive role with Fasig-Tipton’s sales company and left the MHBA early the next year for New York. For a time he continued to contribute to the magazine, but after becoming president of the company within two years, the “Saddle-bag” came to an end. The final column appeared in the July 1954 magazine, and appropriately the final entry came full-circle.

“June 15. To Bowie early this morning to attend a Board of Directors’ meeting and inspect the property. An excellent move was made by the election of William Wood­ward Jr., of Belair Stud, to the Board.”

Following the tragic death of Woodward Jr. in October 1955, Finney was in charge of the sealed bid dispersal of the Woodward stable, which included champion Nashua. The final price for Nashua was a world-record $1,251,200.

Raleigh Burroughs suc­ceeded Finney as editor of The Maryland Horse, and later collaborated with his longtime friend on Finney’s autobiography Fair Exchange. Recollections of a Life with Horses (published in 1974). Burroughs would regularly pay homage to Finney in the pages of the magazine, referring more than once to The Editor’s Saddle-bag.

With his customary wit, Burroughs wrote in the February 1956 issue: “When Mr. Humphrey S. Finney was editor of The Maryland Horse, he enlivened each issue with a little gossip column. It was on the order of the one written by Louella O. Parsons or Ed Sullivan except that the same character appeared in each item. Mr. Finney called it ‘The Editor’s Saddle-bag,’ and it was sort of a combination of diary-travelogue.

“Unlike diaries of other famous people, the spicy parts (if there were any) were omitted from the Finney chronicle, but it was lively reading, most entertaining and left one wondering how in the world one person could cover so much ground, see so many people and accomplish so many missions.” Hilarious attempts by Burroughs to offer his own diary followed, with him concluding, “I guess there is no use in an old desk-hand’s trying to keep up with a hoss-trader. Will stay in my own field henceforth.”