A long history of MHBA Presidents

The 34 people who have led the MHBA as president since it’s incorporation in January 1929 have included horsemen (and one horsewoman), business­men, political leaders, industry leaders, and breeders and owners of flat and steeple­chase horses. All were “interested in the breeding and improvement of horses and the fostering and preserving of traditions pertaining to the horse everywhere and particularly the fine traditions of the horse in Maryland,” as stated in the Purposes for the Corporation. 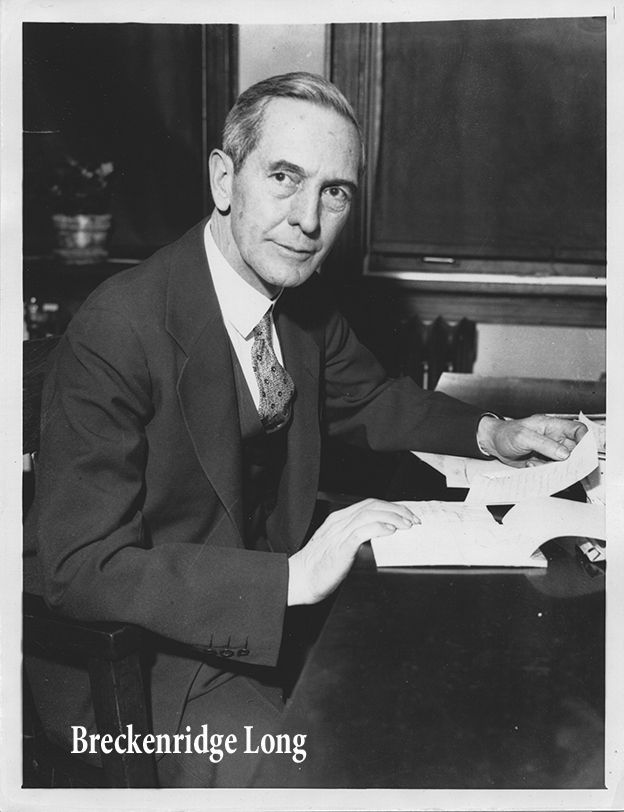 At the first meeting of the board, Jan. 17, 1929, Breck­in­ridge Long was elected president “to serve until the next annual meeting of the Corporation or until his successor was elected and qualified.” Long was at the time an international lawyer and had been assistant Secretary of State under Woodrow Wilson during World War I.
A horse breeder and owner at his Montpelier Farm near Laurel, Long had a busy life as a diplomat, which included being named Ambassador to Italy by President Franklin D. Roosevelt in 1933 and as Roosevelt’s assistant Secretary of State during the height of War World II, which left little time for the MHBA. Charles L.A. Heiser took over as president in the early 1930s.

Heiser was a charter member and chairman of the first meeting of the board of directors and also the organ­ization’s first vice-presi­dent. He owned Snow Hill Farm in Glyndon – now the location of Worthington Farm and the present site of the Maryland Hunt Cup, over a course created by Heiser in 1922. A two-time winner of the Hunt Cup (in 1927 and 1928 with Bon Master, ridden by his stepson Frank A. Bonsal), Heiser served as MHBA president through 1934. He declined another year in 1935 when stating at that May’s meeting “that he did not wish to be reelected as president, feeling that he had served as president long enough, and that the best interests of the association would be served by a reasonable rotation of officers.”

Heiser’s impact on the MHBA was documented by Chester

Hockley, a prolific writer and note taker, and president from 1936 through 1939. In the first issue of The Maryland Horse, which Hock­ley was instrumental in launching in the summer of 1936, it was noted that a race to be held at one of the state’s mile tracks was being planned for the fall to honor Heiser, who had died earlier that year.
“It is a fitting tribute to the man who guided the helm of the association through the first seven years of its growth, and who did so much in the past towards the placing of races for Maryland-bred horses on the tracks’ cards. . .” it was explained.
The Heiser Memorial, restricted to Maryland-bred runners, was contested for more than a decade at Pimlico. Among the winners were Challamore in 1942 and 1943, Lady Maryland (1938) and Quarter Moon (1945).
Heiser’s desire to promote Maryland-breds wasn’t just at the track. He and MHBA treasurer Major Goss L. Stryker were the creators of the MHBA yearling show for state-breds, with the first show held in 1932. 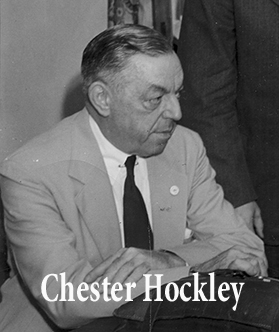 Hockley was also an able leader, helping the association grow before relinquishing his duties in 1940 to become chairman of the Maryland Racing Com­mission. Janon Fisher Jr., one of the three original founders of the MHBA (with Louis McLane Merryman and Dr. J. Fred Adams), stepped in for a second time as president, having first been selected in 1935. 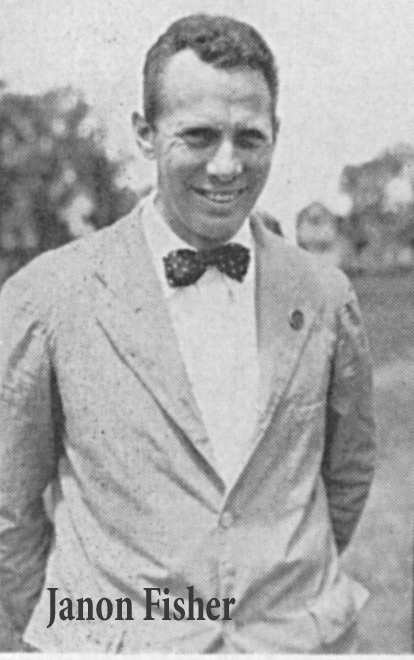 Fisher guided the organization for five more years (1940-44), much during World War II. One of the most renowned and dominant figures in Maryland’s horse industry, Fisher was a director from 1929 through 1977, and for more than 30 years was also secretary of the American Trainers Association. The trainer of two three-time Maryland Hunt Cup winners (Blockade and Mountain Dew), Fisher also owned, bred and trained flat runners, served two terms as a director of the Maryland Jockey Club (Pimlico) and was briefly the track’s treasurer.
Fisher’s six years as president have been matched twice since – by veteri­narian and nine-time Mary­land Breeder of the Year Tom Bowman, who served two years in the early 2000s and from 2009 through 2012; and Joseph P. “Josh” Pons Jr. of Country Life Farm, whose initial three-year term ran from 1995 through 1997, and he served another three years starting in 2013.
Numerous families have been represented at the top position, the Ponses the most (13 years). John P. Pons, son of Country Life Farm founder Adolphe Pons and uncle of Josh, was elected president a total five years, and Mike Pons, Josh’s brother, was president in 2000 and 2001. 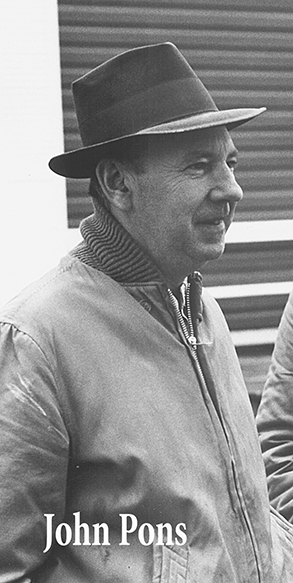 John Pons was the first president elected to fill the seat following the death of his predecessor, which occurred when Henry L. Straus was killed in a plane crash in October 1949. Straus was a racing Renaissance Man – in addition to his racing stable and breeding operation, and being president of the MHBA since 1947, he was the inventor of the American Totalisator, and at the time of his death was president of Tropical Park race track in Coral Gables, Fla. 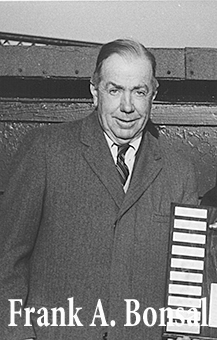 Frank A. “Downey” Bonsal, stepson of Heiser, was president during the 12 most critical months of the organization, which led to the passage of House Bill 106 in April 1962 to create the Maryland Fund. A public trainer of the highest regard from a family with deep roots in the breeding industry, Bonsal was instrumental in getting the MHBA and Mary­land Horse­men’s Bene­vo­lent and Protec­tive Associ­ation to combine forces to back the bill, which revitalized the state’s horse industry.
Bonsal declined to serve more than one year as president, and eventually went off the board altogether when his training duties for Calumet Farm in the late 1960s took him away from Maryland much of the time.
In 1976, Bonsal’s son Frank Jr. – known to his friends as “Young Frank” and an avid foxhunter and timber racing enthusiast – was named president. Snowden Carter commented about the youth, and experience, in office in that June’s editorial in The Maryland Horse with Bonsal, 39, and new vice-president J. William “Billy” Boniface, 34. “. . . in these two men we have an excellent combin­ation. One is by trade an investment broker, the other a profes­sional trainer. . . they have both achieved great distinction in their chosen fields of endeavor. . . and represent a ‘new, young look.’ ” 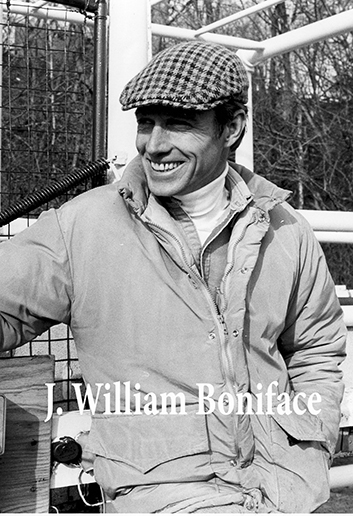 Boniface succeeded Bonsal in 1978 after Bonsal declined reelection. The young trainer, five years away from saddling Deputed Testamony to victory in the Preakness, was president two years, during which time Gov. Harry Hughes signed into law Senate Bill 794, which nearly doubled the income to the Maryland Fund. Boniface was ecstatic with the new legislation. “As soon as people become aware of the kind of money we’ll be distributing, our entire industry will be revitalized.”
Twenty-five years later, Boniface’s son, William K. Boniface, became presi­dent. The head of the breeding division of the family’s Bonita Farm, the younger Boni­face – president in 2004 and 2005 – already had a long history on the board. He was believed to be the youngest person to serve when first elected in 1988 at age 24. 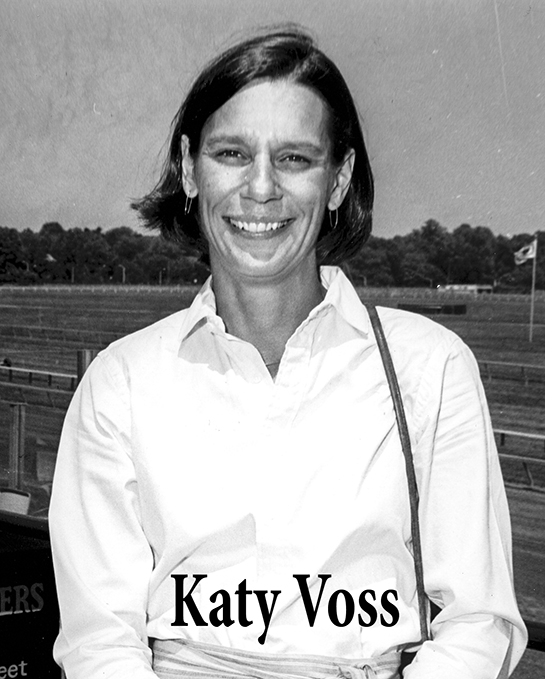 In 1979, a record number of women were named to the board – longtime member Allaire duPont, along with newly elected Betty Shea Miller and Katharine M. Voss. Voss joined her father, former two-time president John B. Merryman, on that year’s board, and made history in 1985 by becoming the first, and to date only, woman president of the MHBA. She was reelected the next year, but due to term limits under the association’s bylaws, was required to go off the board in 1987.
Nominated by James F. Lewis III, Voss had been vice-president of the MHBA the previous three years, 30 years after Mrs. Robert H. Heighe had been the last woman vice-president. 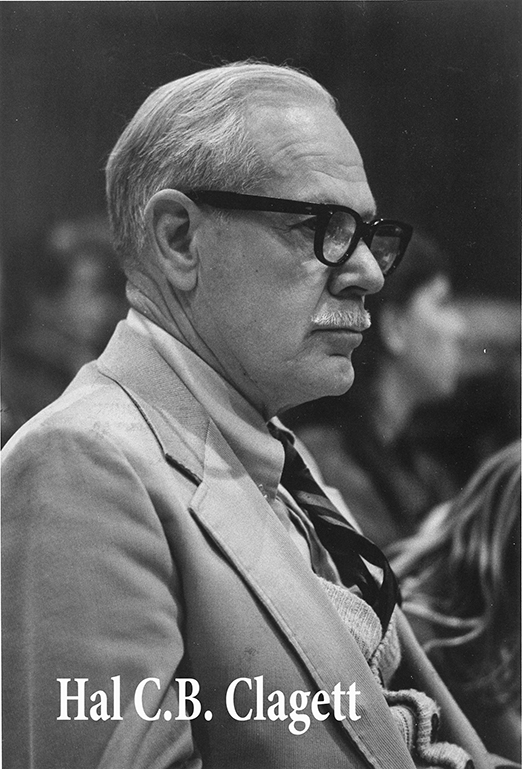 When Hal C.B. Clagett was elected in 1969 to his first of two years as president, the attorney – and ninth gener­ation of his family to own Weston Farm in Southern Maryland – was already a household name for breeders in the state, as the author of House Bill 106. A foxhunting aficionado and longtime breeder, Clagett wasn’t the only president in his family – his brother Fendall was elected at the same time to a two-year term of the local division of the HBPA.
Nearly 30 years later, Hal C.B. Clagett III, the 10th generation to own Weston Farm and also an attorney, began his own MHBA presidential term, from 1998 to 1999.
Those who served offered great expertise and experience as they guided the growth of the MHBA. Joseph Flanagan was “a steward at Delaware and Laurel race courses, former gentleman rider of note, farmer, successful breeder of Thor­oughbreds at his Monk­ton establishment [including Hall of Famer Elkridge], and nationally known as a first class judge of horses and pedigrees” when elected after Fisher as World War II ended. During his watch, a series of “Breeders’ Stakes” to be run at Pimlico, Havre de Grace, Laurel and Bowie was being implemented.
Walter “Jack” Edgar had been a partner of the General Ship Repair Company in Baltimore before retiring in his early 40s and devoting his time to his Woodlawn Farm. In ill health for years, Edgar guided the MHBA from 1951 until forced to step aside in 1954. His successor, Danny Shea, was known as one of the all-time greats in the horse show ring, was a Thorough­bred breeder, owner and trainer, and owned Merryland Farm, which he developed into one of the state’s largest breeding and training establishments. 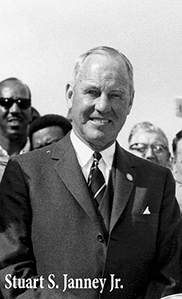 Stuart S. Janney Jr., among the state’s most respected owners and breeders, was a horseman of distinction – he won the Maryland Hunt Cup four times, three aboard his incomparable Winton – a lawyer, and a two-time president.
When the Maryland Fund was created, the lure to breed in Maryland brought many back to the state, including Bruce S. Campbell. The native Marylander had left for Florida in the mid-1950s and founded Ocala Stud Farm, but in 1962 he returned to his home state. “The new law aiding horse breeders should mean a complete revaluation of Maryland’s Thoroughbred industry,” he told The Maryland Horse. “Getting this program off the ground may be one of the biggest problems I’ve ever faced.”
Campbell was shipping five of his mares back north. “I want them to foal in Maryland next spring so that I’ll have Maryland-breds which are eligible to compete in the Maryland Fund.”
The retired sand, gravel, road-building industrialist maintained his Florida interests and remarked during that year’s MHBA annual dinner at Pimlico:
“The other day my secretary was filling out a questionnaire for me. She came to the place where it said ‘occupation’ and she asked what she should put down.
“I thought for a minute, and then told her: Just say ‘Tired’.”
But, as was reported in magazine, “He wouldn’t have taken the presidency of the Maryland Horse Breeders Association if he hadn’t felt he would do justice to the job.”
A sentiment that can be applied to all who hold the position.