Decision to launch magazine a key moment in association's history

Growth in the early years of the Maryland Horse Breeders Association following its incorporation in 1929 spurred the board to find a way to share information with members, and promote the state’s horse industry.

In the spring of 1936, new president Chester F. Hockley initiated the “search for a means to disseminate knowledge and valuable information among the horsemen of the state” and selected new board member Humphrey S. Finney as the person to take on the task. Finney, manager of Holly Beach Farm in Annapolis, had become a “turf journalist” as he noted in his memoir Fair Exchange, when his experiences on the farm led him to write articles for The Thoroughbred Record and eventually a day-to-day account of his life titled “A Stud Farm Diary,” published first by The Blood-Horse from 1935-36 and then in book form. 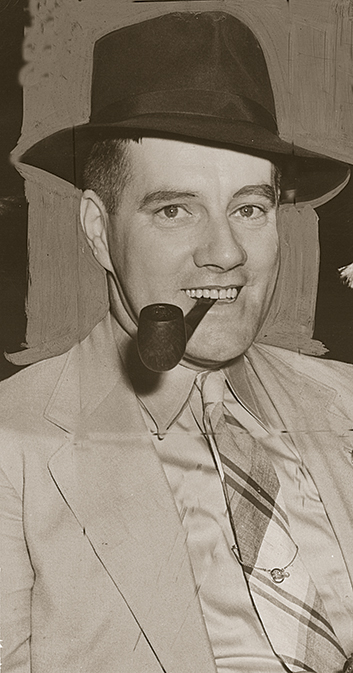 Finney was named the MHBA’s director of publicity, and the first issue of The Maryland Horse, a four-page flyer, debuted in July 1936.
In his president’s letter in that first publication, Hockley wrote: “We feel that not enough publicity has been given throughout the country to the excellent quality of horses of all kinds that have of late years been produced on Maryland farms.” He then sent out a request to breeders for news of their horses and farms, and noted that “The value of a publication such as this hopes to become depends entirely upon the support accorded to it by the horsemen themselves, and they are notoriously slack about doing anything for their own ultimate benefit. I myself feel very strongly that as large a business as the horse industry of Maryland is it should support its own little publication.”
The Maryland Horse proved the perfect vehicle. Starting with the second issue, Finney announced “The Maryland Horse hopes to present on its first page each month the likeness of the horse that has, in the Editor’s opinion, done most to enhance the glory of our horses of Maryland during the preceeding month.” The first selected was the 2-year-old colt Airflame, bred by Adolph Pons, owned by Alfred Gwynne Vanderbilt and trained by J.N. Stotler. “The first foal to be raised at Country Life by young manager John Pons, Airflame is a smallish colt that runs close to the ground with extreme speed,” it was reported.
The publication was made more eye-catching by the third month, as color was added to the cover of the September issue – distinctive orange borders which would make the magazine readily identifiable for decades.
Within a year The Maryland Horse had grown to 36 pages thanks to advertising support. Writers reported on events and promoted local horsemen. Finney noted: “It has been just a year since the first appearance of The Maryland Horse, and now it is going to horsemen and women far and wide, spanning land and water en route. Many readers of the magazine who write in to tell us that they enjoy its contents wish to join the Maryland Horse Breeders Association and thereby help to carry a portion of the cost of production of the magazine.”
Finney was hired full-time in 1937 as the magazine’s editor and field secretary for the MHBA. In his autobiography he noted: “I really hated to leave Holly Beach Farm, but the magazine and the work for the Association presented an appealing challenge, and I felt that there might be even broader horizons ahead.”
Finney served as editor until taking over the leadership of Fasig-Tipton Company in 1953. Raleigh Burroughs, editor for Turf and Sport Digest, stepped in and remained in the position until early 1961, at which time Snowden Carter took the helm.
In his droll self-mockery style, Burroughs described the first 50 years of the magazine as the Finney Era, the Interim Era and the Carter Era.
“Under Finney’s hand,” he wrote, “the magazine developed character, and Finney’s character was molded into it.
“The Interim Era dragged longer than intended, because the association was looking for a person who would fit neatly into the vacancy left by Finney – not an easy task.
“With the Carter Era, The Maryland Horse took a big jump forward. . . He improved the magazine, gave it a more professional appearance, and made it interesting from cover to cover. He won awards with it, and set a pattern for other horse magazine editors to follow.”
The first three months as editor, Carter maintained his day job as a Baltimore Sunpapers writer and worked in the evenings on the magazine. He recalled for the magazine’s 50th anniversary issue: “Still, it was a delightful time for me. I got paid by the Sunpapers for going to the races and got paid by the MHBA for working at home on the magazine which had been my favorite since I was a teenager.” 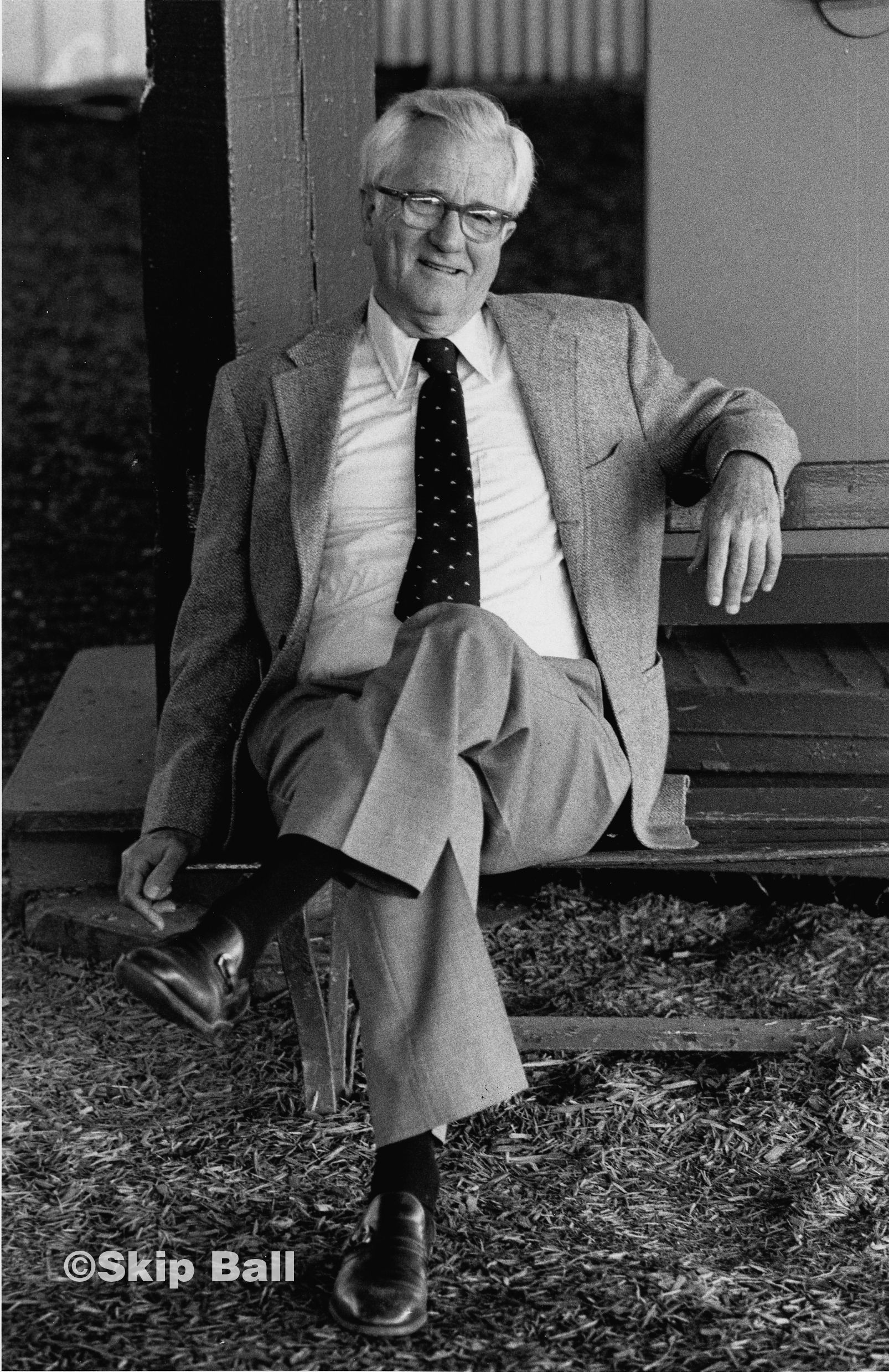 Carter was hired full-time as general manager and magazine editor when longtime MHBA business manager Stewart Sears became ill in 1961. For 25 years, Carter directed and expanded the magazine, which featured award-winning stories and photographs, statistics and information. Carter brought in photographers Peter Winants and Skip Ball, the latter winner of an Eclipse Award for his 1979 photograph of Spectacular Bid taking the Kentucky Derby. Winants’ work first appeared in the magazine in 1962, after the Baltimore camera shop owner stopped by the MHBA office.
“He [Peter Winants] wanted to branch out and go professional with horse photography,” recalled Carter. “So he offered to take pictures for our magazine ‘on any day at any time and free of charge.’ I accepted with pleasure. Peter’s photographs [and later those of Skip Ball] attracted national attention, both photographers winning awards for their images in The Maryland Horse.”
Over the years photographers Neena Ewing, Cappy Jackson and Lydia Williams were regular contributors to the magazine’s pages. A photo by freelancer Cindy Pierson Dulay of a leaping Stephan’s Angel at Pimlico appeared in the July 2004 Mid-Atlantic Thoroughbred and won an Eclipse Award.
With the passage of The Maryland Fund bill in 1962 and the growth of the state’s breeding industry came an explosion of advertising in the magazine. Which led to the creation of a stand-alone stallion register in January 1965. The editor noted: “This issue of The Maryland Horse marks a major departure from the magazine’s normal format. If public reaction is favorable and the financial deficits not too overwhelming, the Stallion Register and Map Issue will be published each January as a regular issue of The Maryland Horse.”
Richard Wilcke took over as editor in 1986 following Carter’s retirement and within a few years “became convinced that the only hope of publishing a profitable magazine was a) to focus exclusively on Thoroughbreds for pari- mutuel racing, and b) to regionalize the coverage across the Mid-Atlantic states,” he explained for the MHBA’s 75th anniversary booklet. “The Mid-Atlantic Thoroughbred was tried first as a six-state stallion directory in January 1991, with a companion six-state statistical review that March. The response was so positive that by 1993 we began publishing Mid-Atlantic Thoroughbred as an every-other-month alternative to The Maryland Horse.”
The dual magazine format lasted until August 1997, and continued to be recognized for excellence. In 1996, writer Don Clippinger won an Eclipse Award for his article “Focusing on the Big Picture: How TV Relates to Racing.” 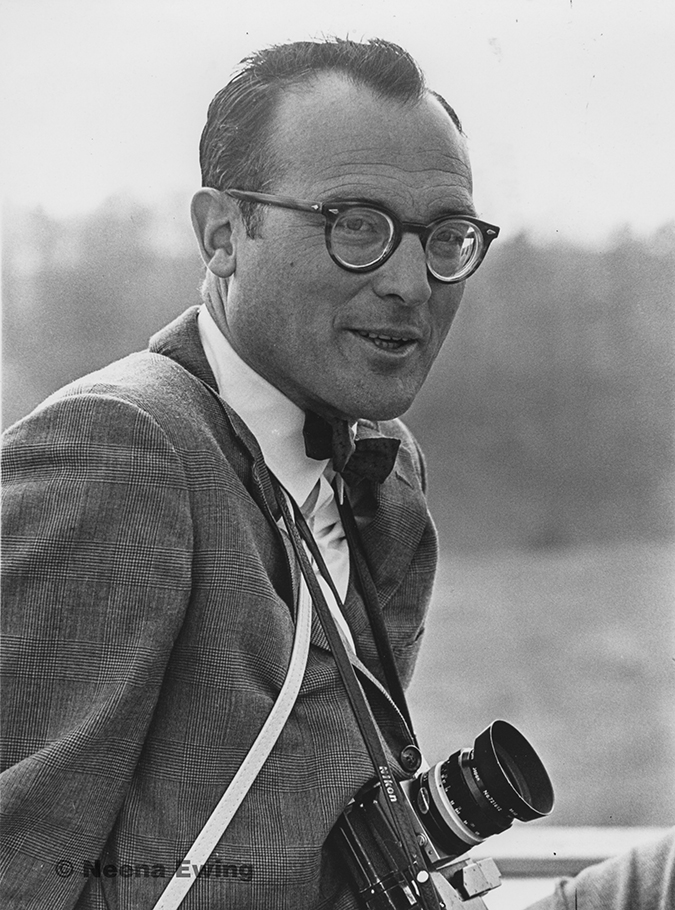 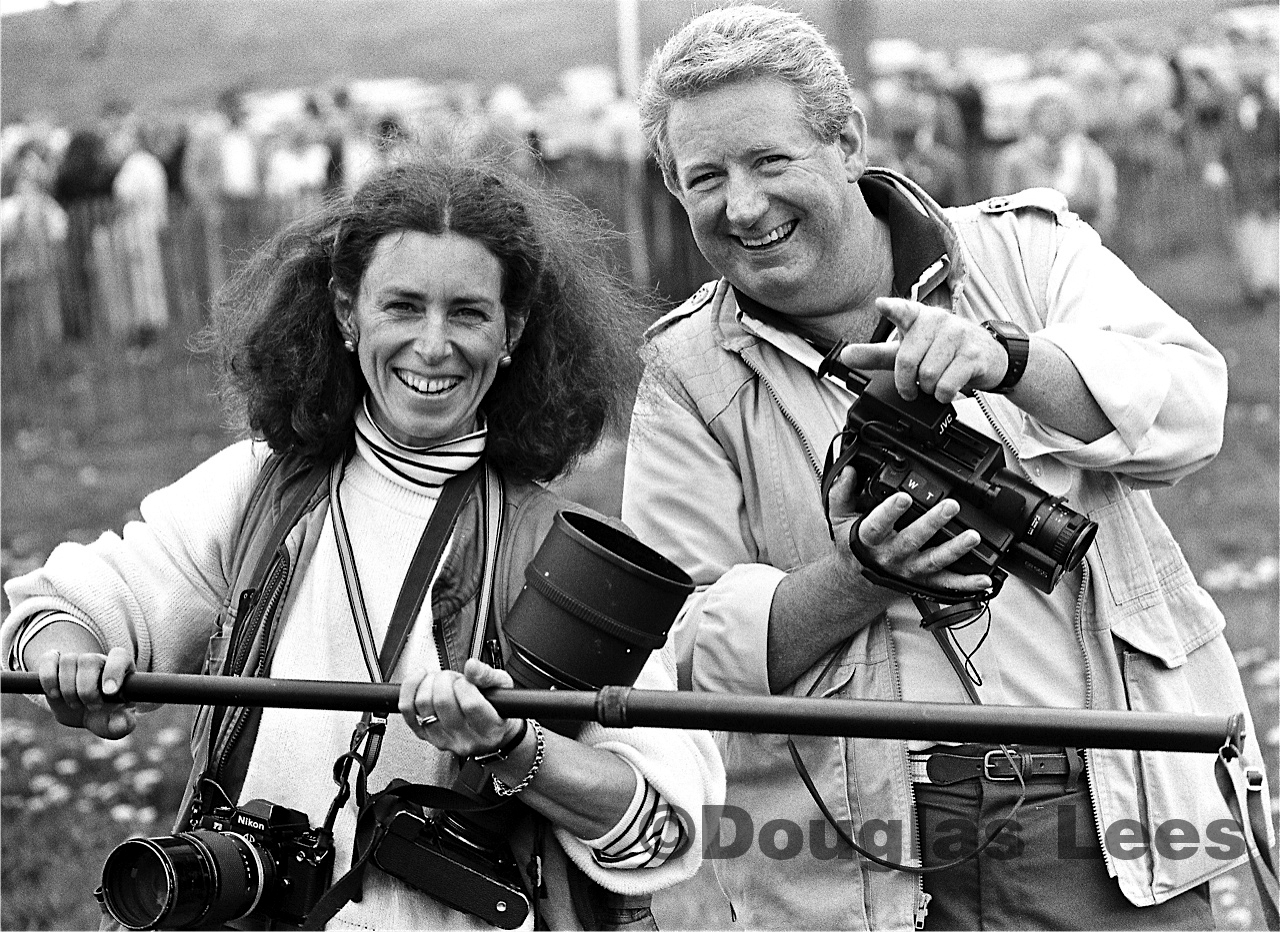 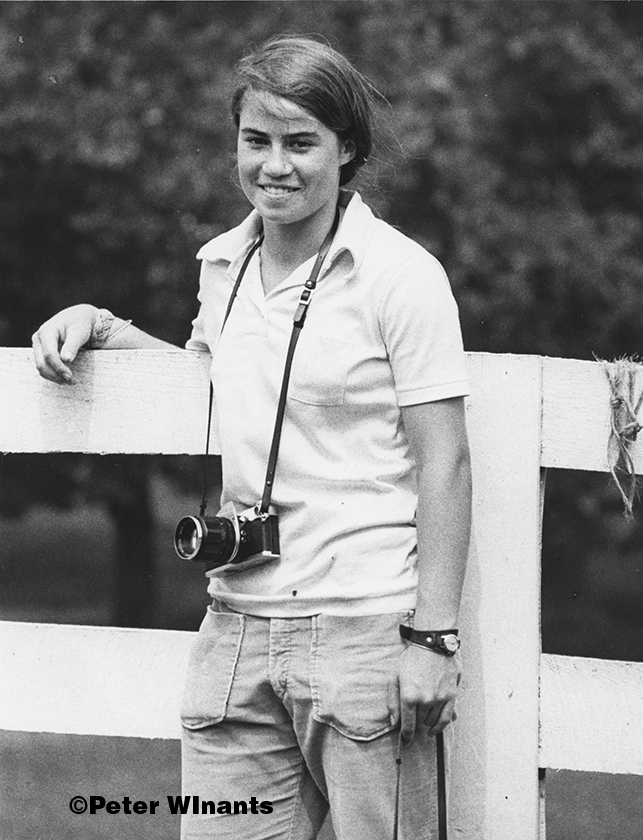 In September 1997, Mid-Atlantic Thoroughbred became the official publication of the MHBA under the direction of Tim Capps, editor since the October 1995 Maryland Horse.
Lucy Acton, a former news­paper reporter, Maryland Horse’s senior writer and managing editor and daughter of Snowden Carter, took over the reins as editor-in-chief in April 2002, and remained in the position until six days before her death at age 63 in June 2011. During her direction, Mid-Atlantic Thoroughbred was honored with two Eclipse Awards – the Dulay photo and Vinnie Perrone’s 2008 appreciation of the late Clem Florio – as well as three General Excellence awards (2002-2004) from the American Horse Publications.
After a brief stint by Vinnie Perrone as interim editor for the remainder of 2011, Joe Clancy has been editor since January 2012. He has also overseen changes to the magazine, both content and layout, during which time he won an Eclipse Award for his article covering the 2014 Preakness Stakes won by California Chrome.
Two individuals have been with the magazine for more than 30 years – director of publications Barrie Reightler and this writer.
In all, The Maryland Horse won six General Excellence awards from the AHP (1981, 1982, 1984, 1987, 1988 and 1991) and Mid-Atlantic Thoroughbred boasts a total of five AHP General Excellence awards, with its most recent coming in 2015. 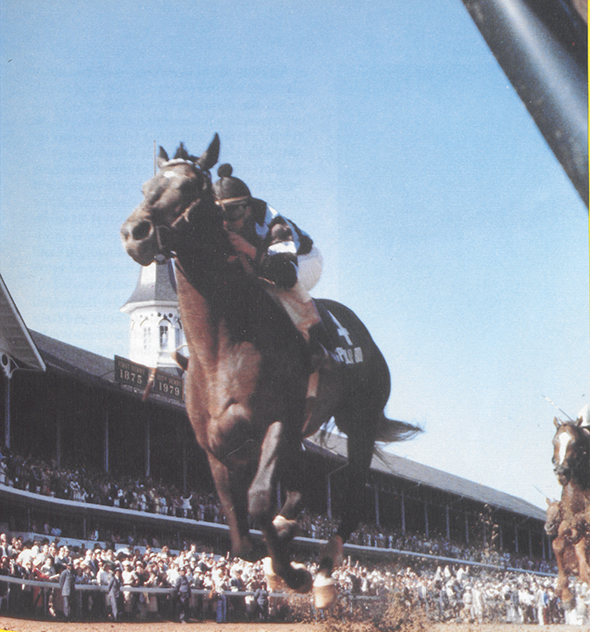 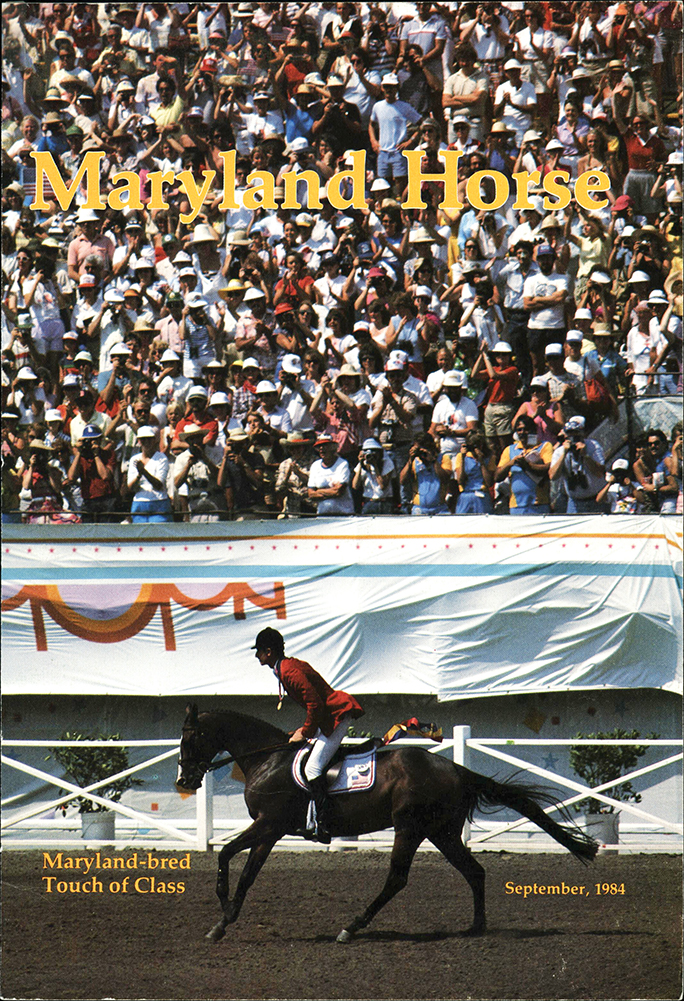 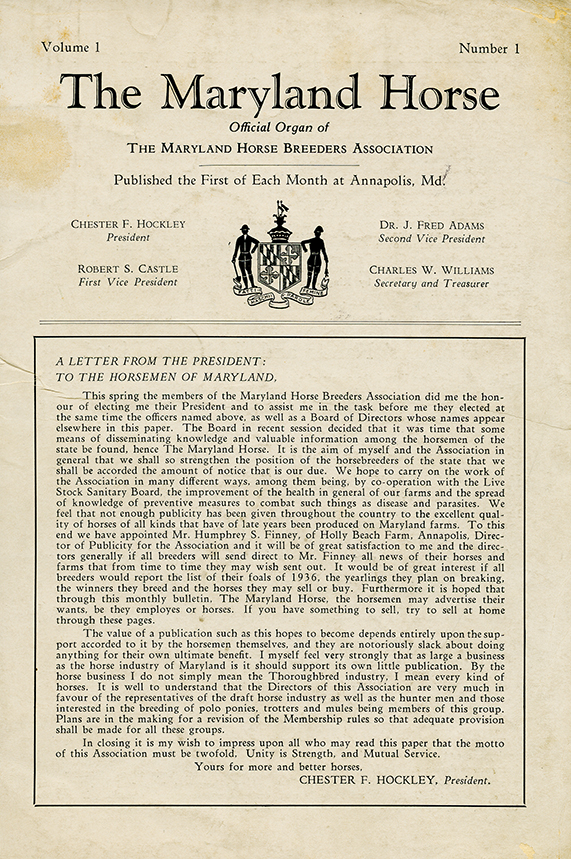