MHBA and its sales history

The leadership of the Maryland Horse Breeders Association tackled a new venture in the association’s first decade. In November 1938, the MHBA held its first sale of yearlings, horses in training, mares and weanlings “where Eastern buyers can replenish their stables before going to winter races, where Eastern breeders can purchase desirable mares for their farms close to home, and where the local breeders can find a ready market for the products of their farms that they did not wish to send to Saratoga.” 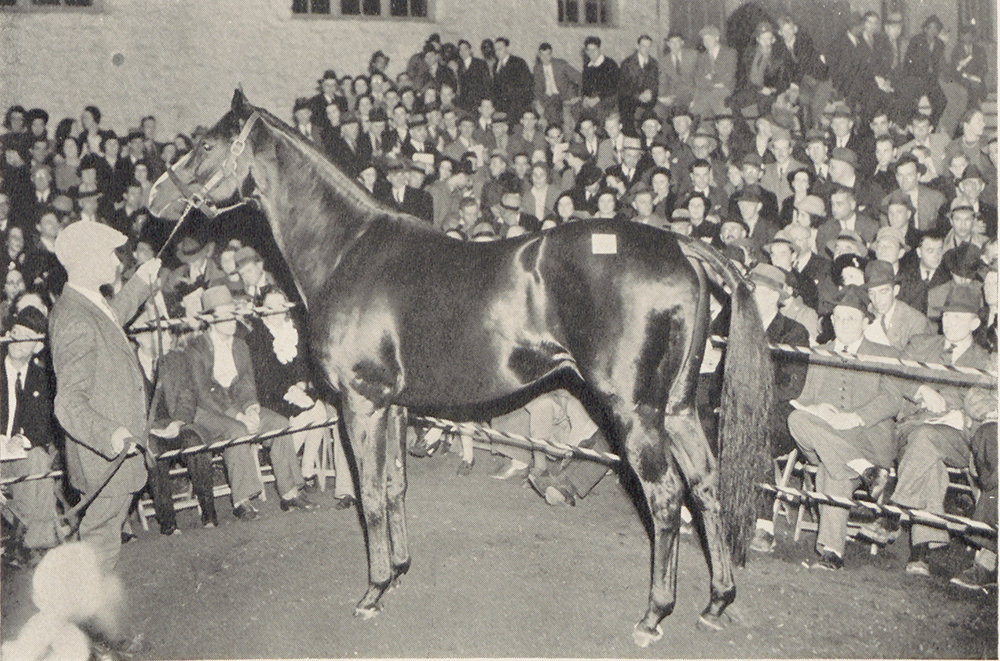 Board member Janon Fisher Jr., a partner in the Maryland Bloodstock Agency, was named chairman of the sales committee that included William Labrot, Charles Rieman and Alfred G. Vanderbilt. The sale’s auctioneer was Milton J. Dance of Towson, and announcer duties fell to Humphrey S. Finney.

Counted among the consignments of breeding stock and young horses were offerings from Vanderbilt, Audley Farm, William Elder and the High Acre Farm of Mrs. David R. Buckley; the best of the horses of racing age came from the stable of George D. Widener.

Held at the Pikesville Armory the first two evenings, and three miles away in the Pimlico paddock the third day, the sale was deemed a success. The first night, 700 seats were provided. When the sale started, “there was not a seat to be had anywhere, many bidders climbing up on the stalls to signal the auctioneer.” The crowd also witnessed an innovative “mechanism rigged up by the clever staff of Henry L. Straus’ American Totalisator Company.” The bids were “signaled in lights. . . The hip numbers and bids were flashed as they changed.”

When yearlings sold the second evening, 400 seats had been added and quickly filled. B. Frank Christmas was the top bidder the first two nights after purchasing Audley Farm’s yearling Hadagal filly out of Wisecrack for $3,500. Other buyers included New Jersey breeder W.H. Laboyteaux and California breeder Frank Orsatti, the latter having flown in from Los Angeles. He successfully bid on Sagamore’s black stallion Balko, and three mares.

The top-priced horse of the sale was the 3-year-old gelding Grass Cutter, a son of *Sickle from the Widener consignment purchased for $6,100 by Theodore E. Mueller of Louisville, Ky.

Revenue from local auction sales would be one of the association’s primary sources of income until the 1980s. The Maryland Fall Sales were held regularly under MHBA management through 1952, when Finney, the association’s field secretary, announced he would be leaving to take over management of the Fasig-Tipton Company in New York. At the November 1952 MHBA board of directors meeting, Finney stated that he had “discussed with the Fasig-Tipton Company tentative plans for the co-ordination of efforts in Maryland and New York. . .”An MHBA sales committee was appointed, with chairman Goss L. Stryker, Frank A. Bonsal and Janon Fisher Jr. asked to consider the matter with Finney. The next year, fall sales were conducted under the joint sponsorship of the MHBA and Fasig-Tipton. 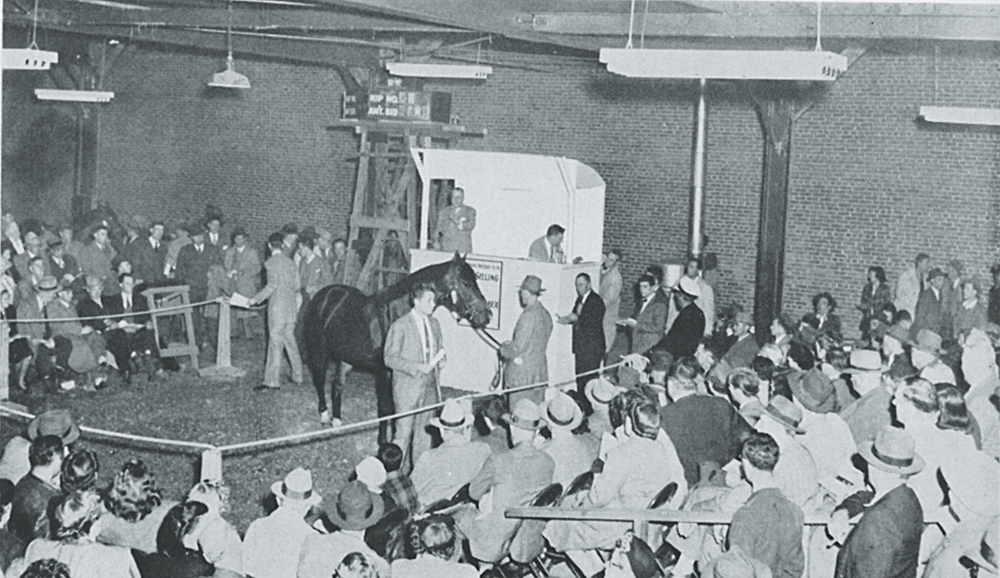 The successful association with Fasig-Tipton continued nearly 30 years. There were changes over the years – the yearling sale branched off in 1961 and became known as the Eastern Fall Sales, with the Maryland Fall Sales, held the following week, restricted to broodmares, weanlings, horses of racing age and stallions.

In 1964, for the first time in history, the sale of Thoroughbreds in Maryland surpassed the $1-million mark. Three sales accounted for the total: a midsummer auction conducted by the National Horse Sales, and the two MHBA/Fasig-Tipton sponsored sales, the latter grossing $924,150.

The following summer, construction began on a state-of-the-art, $125,000 auction pavilion in Timonium, which had hosted the fall sales (other than the horses of racing age) since 1939. Built by the Maryland State Fair and Agricultural Society, the building would be leased by the MHBA for a “30-day annual period for the next 20 years.” Fasig-Tipton did most of the building’s design work.

Contractor Samuel M. Pistorio, the MHBA’s vice-president, guaranteed the project would be finished in time for that fall’s yearling sale, to be held Sept. 30 and Oct. 1. It barely was – workers installing the last of the seats, received the night before, were chased from the pavilion a half-hour before the auction started. But the sale went off as planned.

In the early 1970s, MHBA board member Bill Boniface urged directors to conduct a 2-year-old sale. The first was held in May 1975, the Thursday after the Preakness, grossing $450,100 from 46 sold; four years later the gross surpassed $1.7 million with 132 sold.

In the spring of 1981, the MHBA board of directors decided to terminate the agreement with fast-growing Fasig-Tipton and join with the Maryland Sales Agency, in part because Fasig-Tipton’s “principal interests have developed in other geographic areas,” noted MHBA president Douglas R. Small. “The opportunity of moving forward on a consolidated basis should provide many benefits for buyers and consignors in Maryland,” Small said.

Fasig-Tipton terminated its contract with MHBA on Dec. 31, 1981. In a letter that appeared in the November 1981 The Maryland Horse, Fasig-Tipton president John Finney, son of Humphrey Finney, noted that Fasig-Tipton nonetheless would conduct a full slate of sales in Maryland each year.

The first sale conducted by the MHBA and Maryland Sales Agency, headed by longtime Maryland horseman and MHBA board member William G. Christmas, was the enormously successful Winter Mixed held Feb. 14, 1982. The MHBA’s 16th annual winter sale had grossed more than $3 million, a 254 percent increase from the sale with Fasig-Tipton the previous year. The May 2-year-old sale also saw records broken. But by January 1985, the MHBA board determined it would “discontinue the practice of maintaining a formal and exclusive relationship with sales companies conducting horse sales in Maryland,” wrote president Kimball C. Firestone in a report that appeared in that month’s Maryland Horse.

With the termination of the MSA contract, Firestone noted: “This new position is more consistent with the MHBA’s charter and should improve Maryland’s sales climate.” 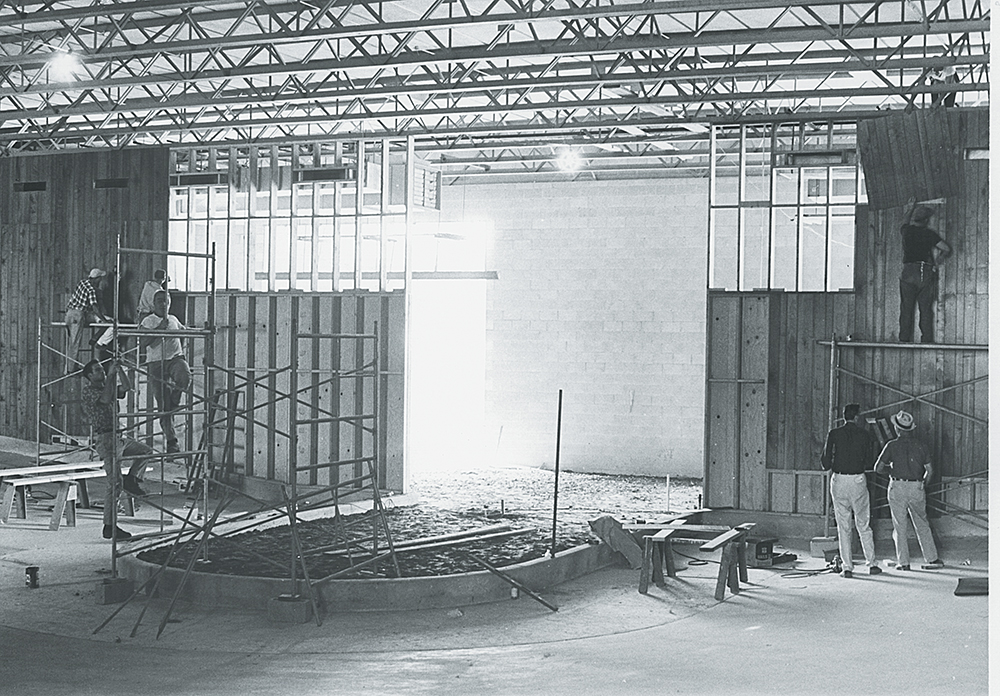 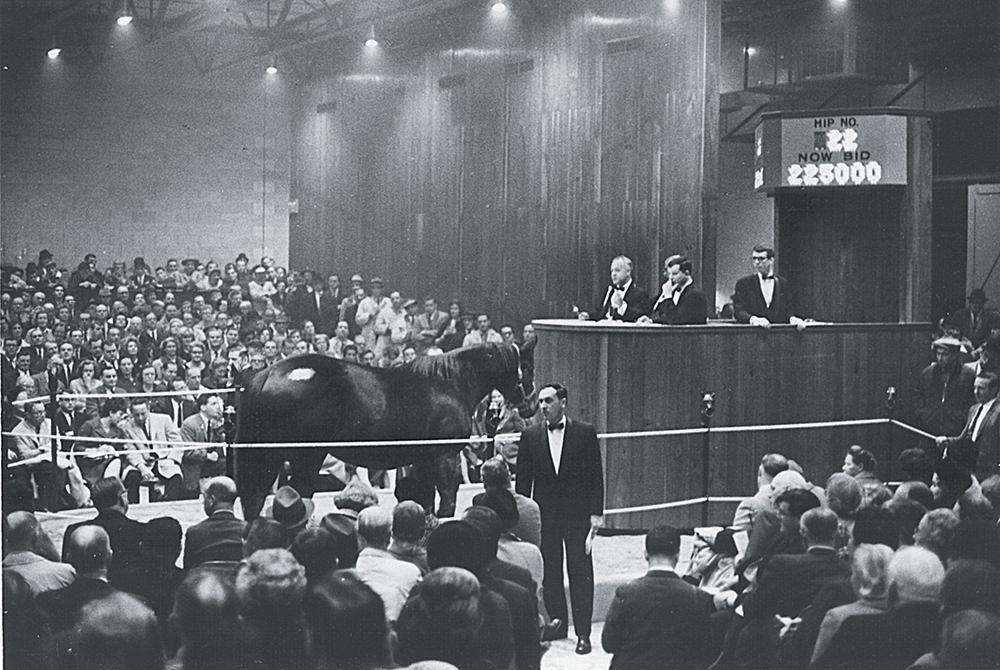