Clearbrook (25) 2-2100. If you called that number in 1959, you reached the new offices of the Maryland Horse Breeders Association, which had relocated to 2223 York Road, occupying a room on the first floor of a brick building directly east of the Timonium Fairgrounds.

The office has moved a few times since, but the number remains the same (except for the area code). 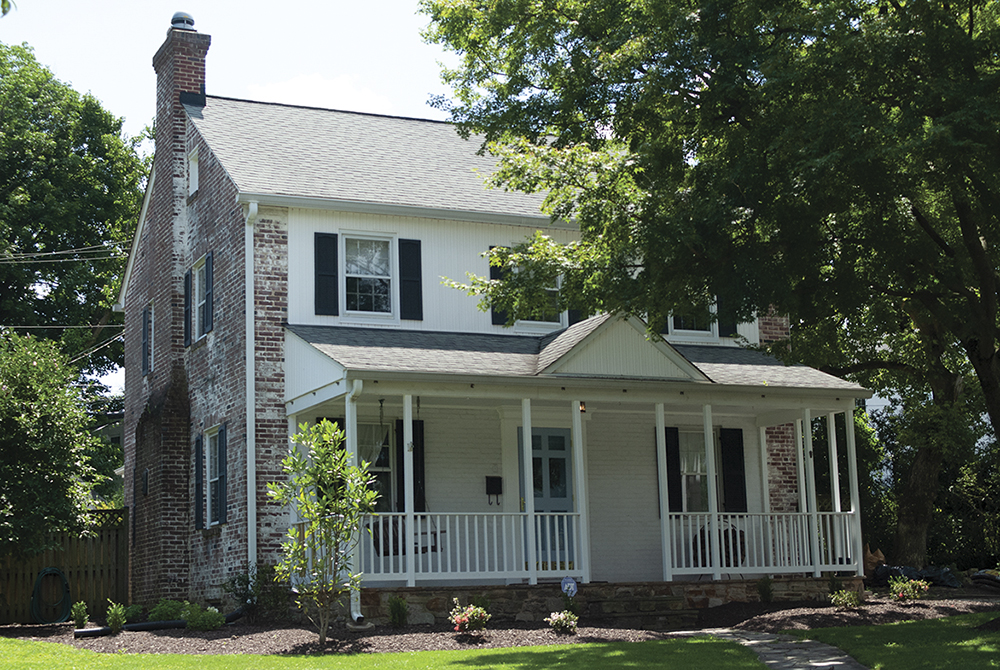 Finney set up an actual location for the Maryland Horse Breeders office “in the front second-floor bedroom of our rented house at 504 Highland Avenue in Towson,” noted John Finney in a letter to the Maryland Horse in 1981. Burroughs noted: “The front door always was open. Visitors rang and walked in, hollered to warn the family, waited for the ‘Come on up,’ bellow of the lord of the manor, and then went up, usually tripping over a cocker spaniel or a small Finney on the way.”

Within a few months, Humphrey Finney noted that “More and more horsemen are taking to dropping in to have a chat with us in our Towson offices and possibly to look up some matter of a pedigree or some detail of a horse’s performance.

“For the convenience of the horsemen we have a complete file of current horse periodicals covering both the light and heavy breeds. We also have a fairly rounded library of horse books which are at the service of our visitors at no charge.”

While Finney was on a leave from his duties as MHBA field secretary and Maryland Horse editor during his war effort with the Coast Guard in the early 1940s, business manager Stewart Sears ran the office. Upon Finney’s return, he moved the family to One Dixie Drive in Towson in July 1943, and the office went along, set up in “the basement clubroom,” noted John Finney.

Burroughs saw the move to the “cellar” a little differently: “The subterranean cell that served as the Association’s headquarters was all right if you took along your own oxygen. When a couple of earnest smokers got going down there, the atmosphere could be sliced, packaged and sold for building material.

“Denizens of the pit looked like Welsh miners coming into the outside world as the end of the day. They blinked and looked surprised like they had forgotten about the sun.”

And he noted negotiating the tight space: “. . . there were more cocker spaniels and larger Finneys.”

Upon Finney’s leaving in early 1953, Burroughs took over as editor and relocated the MHBA to a small office to 614 York Road in Towson. The location had its advantages, Burroughs distinctly recalled: [it] was convenient to stores and post office, and within walking distance of three bars. It was small, but it served the purpose.”

The staff remained small, primarily Sears handling the business duties and Burroughs the magazine, when the office moved to York Road in 1959 to “sumptuous new rooms,” noted the editor.

Snowden Carter took over the editor role in 1962, and described his first days in the space: “We worked out of one room on York Road directly across from the Timonium Fairgrounds. [Office secretary] Louise [Pascal] greeted visitors from her desk, which faced the office’s only door. My desk was off to the right, fortunately less visible.”

At the start of 1962 the MHBA lost Sears, the association’s business manager since 1939, to cancer. A few months later, needing a new secretary/office manager upon the departure of Pascal, Carter hired Sears’ widow Violet, and later added Charles Heise as the MHBA bookkeeper.

With the industry growing in the decade following the passage of the Maryland Fund bill in 1962, the office moved to larger quarters in the new Padonia Building at 201 West Padonia Road in Timonium, in the summer of 1973. For the first time, the MHBA headquarters occupied more than one room.And the staff grew. Mary Thomas took over as office manager after the retirement of Sears in 1975; when Carter retired in 1986, Thomas became general manager.

The Padonia Building was home to the MHBA until December 1991, when MHBA Executive Vice-President Rich Wilcke and more than a dozen office staff, including those with Maryland Million and the magazine, moved across York Road to the third floor of the office building at 30 East Padonia Road in Timonium. Twenty-five years later, with a slightly smaller staff, the decision was made to set up a temporary office on the campus of Goucher College, home to one of the nation’s premier college equestrian programs, with plans to expand.

The MHBA continues to welcome horsemen to drop in to the office for a chat, and use the MHBA’s vast resources.