Wayne A. Harrison, Robert T. Manfuso, and Katharine M. Voss’ Las Setas took command of the field from the start and pulled away to win the $100,000 Wide Country Stakes for 3-year-old fillies by five and a half lengths on Saturday, Feb. 16 at Laurel Park. She covered the seven furlongs in 1:22.99. 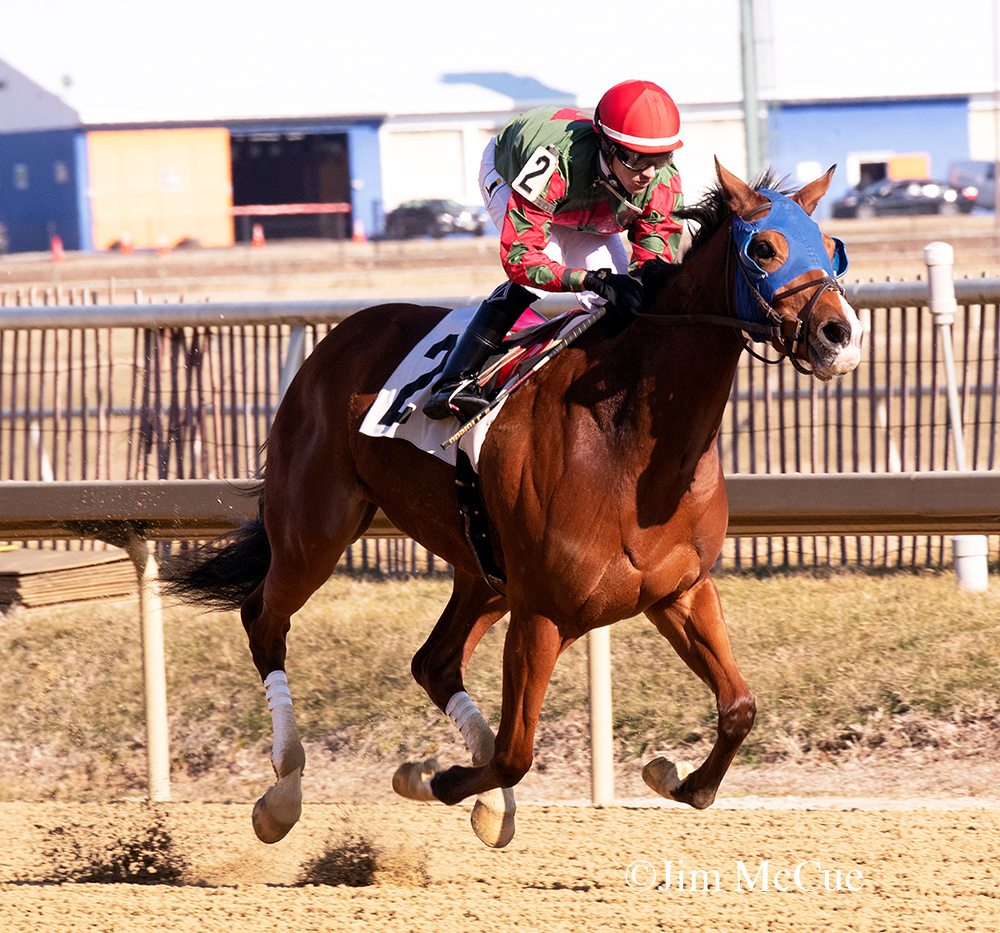 The Wide Country was Las Setas’ third start, and first in a stakes. Unplaced in her only outing at 2 in December, she broke her maiden at Laurel Park three weeks later in a frontrunning effort at seven furlongs. Voss, who co-bred the filly with Manfuso as well as trains her said after the race, “This filly has shown an awful lot of ability. The race, the timing and the distance were perfect for her. When I saw the 23 and 1 I thought it was good.”

Las Setas is from the first U.S. crop of her late sire Seville (Ger), who stood at Heritage Stallions in Chesapeake City until his death in June 2017, and is his first stakes winner. Her dam, Tanca, a daughter of Polish Numbers, has seven winners from seven starters, including Corvus, winner of the 2015 Maryland Million Nursery, and 2018 Jennings Stakes winner Cordmaker.