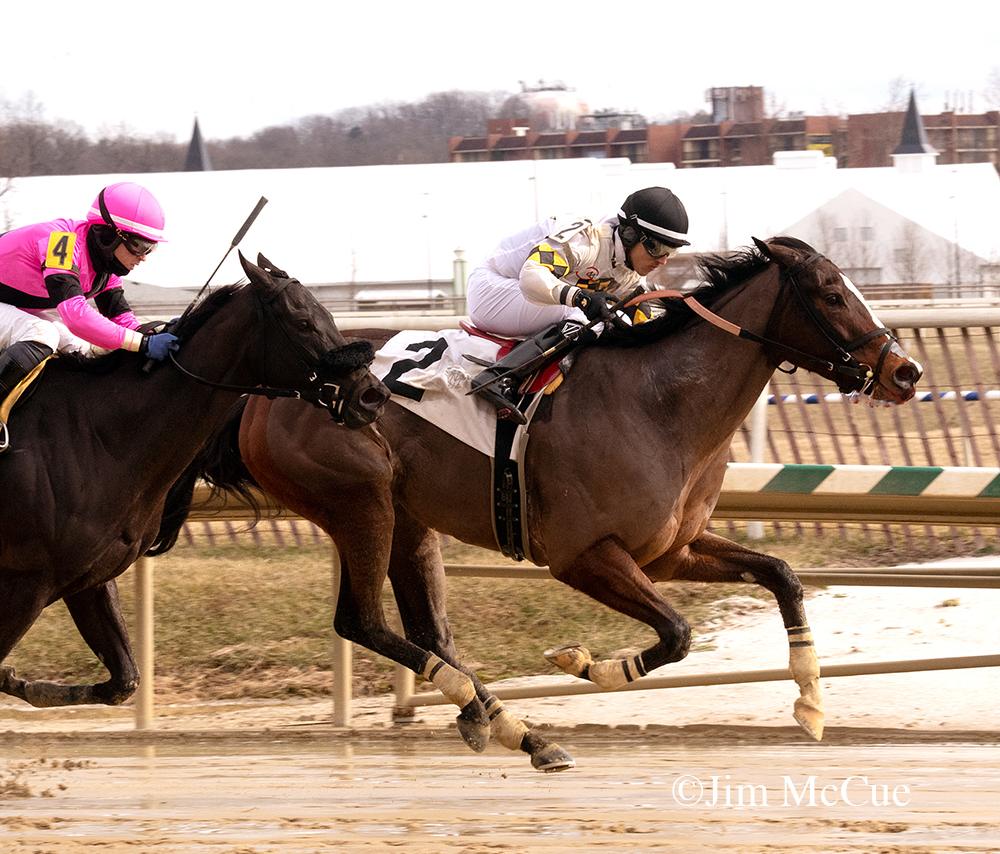 The 4-year-old Hamilton A. Smith trainee grabbed the lead at the start and was tracked closely by Indy’s Lady every step of the way. Coming into the stretch, Indy’s Lady pulled alongside and at one point got her head in front, but Enchanted Ghost dug in and turned back her rival to win by a half length while completing the mile and a sixteenth in 1:44.84 over a sealed muddy track.

It was a year and a day between stakes wins for Enchanted Ghost, who won the 2018 Wide Country by daylight. A daughter of Hall of Famer Ghostzapper, Enchanted Ghost was purchased by Mens Grille Racing for $75,000 as a yearling at the 2016 Fasig-Tipton Midlantic Eastern Fall Yearling Sale. Racing exclusively at Laurel, she launched her career as a 2-year-old in October and was third or better in her first nine starts. Following her win in the Wide Country, she was off for nearly eight months. Her record now stands at 13-4-1-6 for career earnings of $228,682.

Bred by George Louis Doetsch Jr., Enchanted Ghost is the first foal out of the Grand Slam mare Uniformly Yours. Purchased as a broodmare prospect for $100,000 in February 2014, Uniformly Yours had failed to win in six starts, but is a half-sister to stakes winner and stakes producer Sans Souci Island and out of a half-sister to European champion Negligent (Ire) from the family of English classic winner Sky Lantern (Ire). Uniformly Yours’ second foal, a filly by More Than Ready, sold at the 2017 Keeneland November sale as a weanling for $190,000. The mare delivered an Honor Code filly in 2018 and was bred back to Kitten’s Joy.