Holy Boss has first U.S. foals on the ground

The first U.S. foal for Grade 2 stakes-winning sprinter Holy Boss was born Jan. 28 at Anchor & Hope Farm in Port Deposit, Md. The bay filly out of the Kipling mare Kip Berries was bred by Lady Olivia At North Cliff. 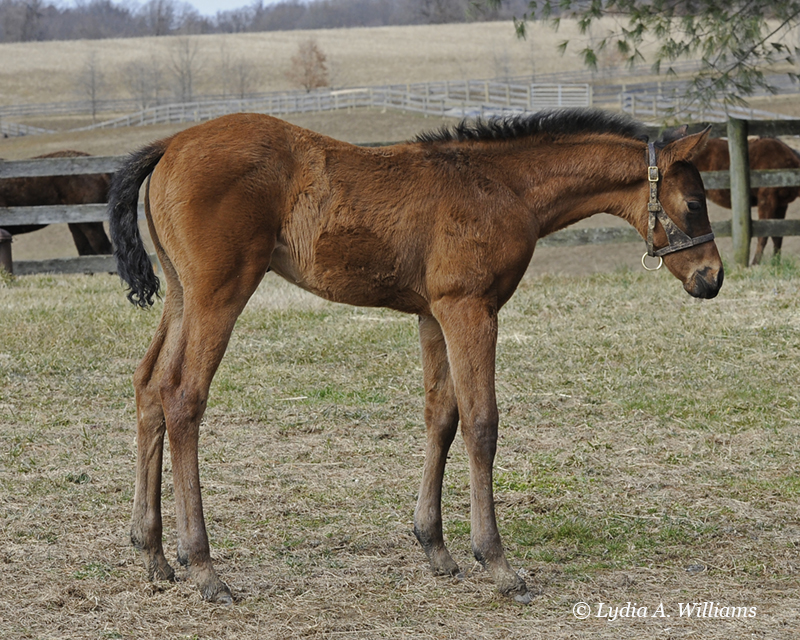 Holy Boss has been a dual-hemisphere stallion since entering stud the second half of 2017 in Argentina. He joined the Anchor & Hope Farm roster in 2018, and covered 70 mares his first season in Maryland.

A syndicate-owned son of Street Boss and Holy Grace (by Holy Bull), Holy Boss retired a four-time stakes winner of $771,527. Bred by Adena Springs and trained by Steve Asmussen for Jerry Durant, Holy Boss made his debut at Churchill Downs as a 2-year-old and was tabbed a TDN Rising Star following his 10¼-length score.

At 3, he accounted for Oaklawn Park’s Bachelor and Pimlico’s Chick Lang Stakes, both at six furlongs in 1:09 and change, and Saratoga’s Grade 2 Amsterdam at six and a half furlongs during a four-race win streak. He had six stakes placings, including Grade 1s in the King’s Bishop and Alfred G. Vanderbilt Handicap at Saratoga, and was fourth in the Breeders’ Cup Sprint-G1, three and a half lengths behind Runhappy, Private Zone and Favorite Tale.

Holy Boss retired sound after a 22-start career in which he earned eight 100 or higher Beyer figures. He is a half-brother to Canadian champion 3-year-old filly Holy Helena, a multiple graded winner of $1,175,578 who won Canada’s most prestigious race, the Queen’s Plate, against males at a mile and a quarter, as well as the Woodbine Oaks, Grade 2 Sheepshead Bay and back-to-back runnings of Gulfstream Park’s The Very One Stakes-G3.