Offspring of Bob Manfuso and Katy Voss’ mare Tanca won two of the five stakes on the Laurel Park card on March 16, as 4-year-old Cordmaker came through with his first win of the year in the $100,000 Harrison Johnson Memorial, and two races later, 3-year-old filly Las Setas scored easily in the $100,000 Beyond The Wire.

“Phenomenal,” said Voss, trainer of Las Setas and breeder of the filly and Cordmaker with Manfuso. “That makes three stakes winners.” Tanca, a winning daughter of Polish Numbers also bred by the couple, has eight named foals of racing age, seven to race, all winners. Her first stakes winner was the Dance With Ravens gelding Corvus, who captured the 2015 Maryland Million Nursery in his career debut.

Las Setas came into the one-mile Beyond The Wire Stakes seeking to remain undefeated this year, and did so emphatically, leading at every call and winning by five lengths. Racing beyond seven furlongs for the first time, Las Setas went unchallenged to the front under jockey Jevian Toledo and set moderate fractions of :24.78, :48.23, 1:13.01 and 1:24.84 before cruising home in a final time of 1:37.82.

With three consecutive wins after a sixth-place finish in her career debut on Dec. 31, Voss noted: “I don’t see any reason not to run right back in the race here.” A victory in that race, the $125,000 Weber City Miss Stakes on April 20, means an automatic berth in the Black-Eyed Susan Stakes-G2 at Pimlico on May 17.

Las Setas broke her maiden at Laurel Park in January in a frontrunning seven-furlong effort. The following month, she captured the seven-furlong Wide Country Stakes by five and a half lengths.

Las Setas is from the first U.S. crop of her late sire Seville (Ger), who stood at Heritage Stallions in Chesapeake City until his death in June 2017, and is his first stakes winner. Racing for Wayne Harrison, Manfuso and Voss, Las Setas now has earnings of $151,240 in four starts.

Manfuso and Voss sold Tanca’s Curlin colt, Cordmaker, as a yearling for $150,000 at the 2016 Fasig-Tipton Midlantic Fall Yearling sale, with Ellen Charles’ Hillwood Stable making the purchase. Trained by Rodney Jenkins, Cordmaker was stretching out around two turns on the main track for the first time in his career in the one and an eighth-mile Harrison E. Johnson and found the extra distance to his advantage as he drew off to win by a length and a half over favorite Unbridled Juan while completing the distance in 1:50.29.

It was Cordmaker’s second career stakes win after taking the one-mile Jennings for Maryland-breds on Dec. 29. In 11 career starts, he has four wins, two seconds and a third, for earnings of $200,463.

“I’ve always had faith in him,” said Jenkins, who thought the chestnut gelding would excel on the turf, but ran off the board in his only attempt. “He’s a good horse and we are very pleased.”

Tanca’s next two foals are an unnamed 2-year-old filly by Imagining at Manfuso and Voss’ Chanceland Farm who is “fabulous looking,” said Voss, and a colt by Street Sense the 17-year-old mare delivered March 7. Plans are to send Tanca to Northview Stallion Station sire Madefromlucky this year. 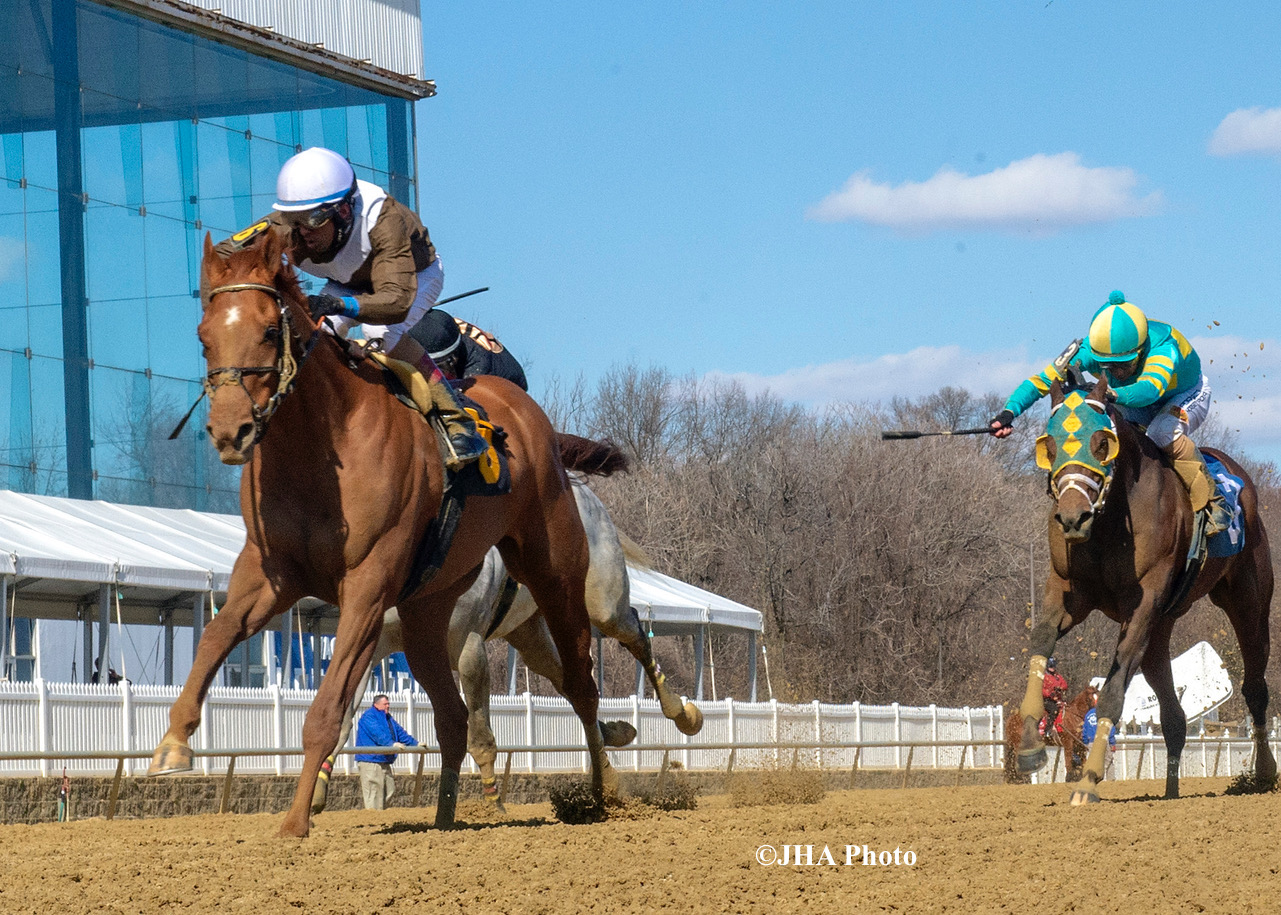