Hillside Equestrian Meadows’ multiple stakes winner and 2018 Maryland-bred champion older horse Laki was unphased by the competition as he pulled away in the stretch of the $100,000 Frank Whiteley Jr. Stakes to win by three and a half lengths over the favorite, and longtime rival, Linda Zang’s Lewisfield on April 20 at Laurel Park. 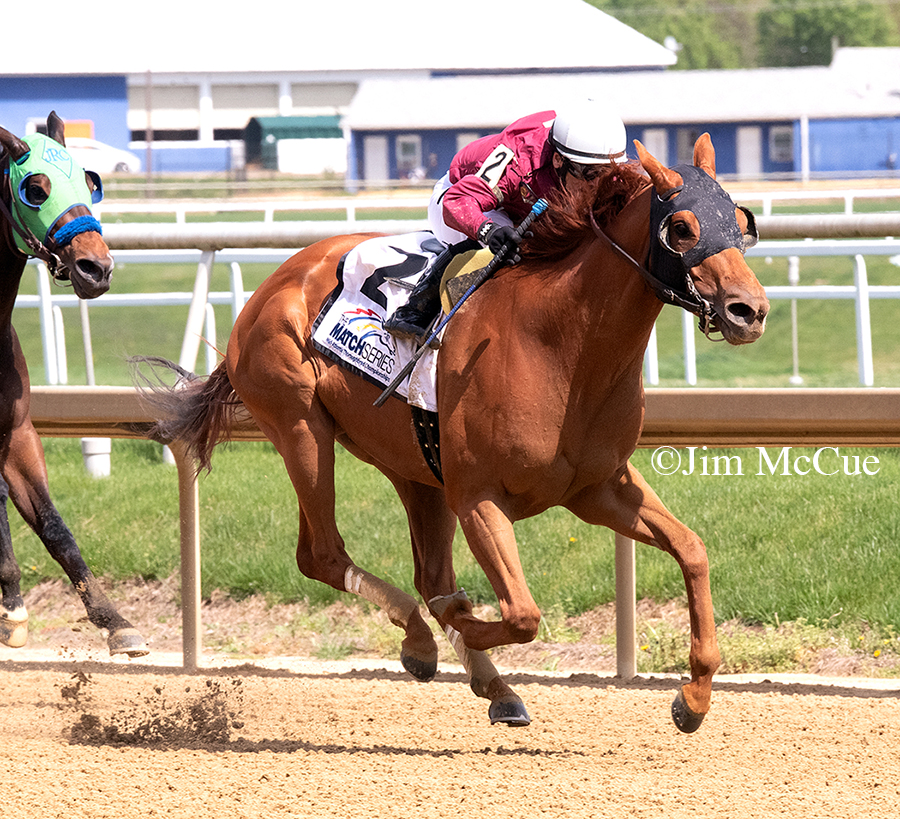 Breaking from the inside post, Laki ran third behind Lewisfield as they followed longshot pacesetter Tradfest for the first half-mile through fractions of :22.06 and :44.54. Lewisfield moved to surpass Tradfest on the far turn, taking over the lead, but it wasn’t enough to keep him there for long. Laki made a wide sweeping move as the field turned into the stretch, blowing past Lewisfield to finish six furlongs in 1:08.47 over a fast main track, with Super C Racing’s Rockinn On Bye finishing third. The effort earned Laki a 108 Beyer Speed Figure, the third highest up to a mile in the country this year.

“Going into his last race, in his breezes he was just kind of doing it, but he wasn’t into it,” said trainer Damon Dilodovico. “Horacio had a couple ideas about giving him some targets to run at. We tried that in his most recent breeze coming into the race and he really picked it up. It picked him up a little bit more going into the race.”

The 5-year-old son of Maryland sire Cuba came in off a third-place finish in the March 16 Not For Love Stakes at Laurel Park, where he finished five lengths behind winner Lewisfield. In his first start of the year, Laki ran third in the Grade 3 General George Stakes at Laurel in February.

In taking the first leg of the Mid-Atlantic Thoroughbred Championship Series’ 3-Year-Olds and Up Sprint—Dirt Division, Laki earned 10 points in his effort to defend his division championship title. He improved his career mark to 19-8-3-4, for earnings of $448,042.

It appears the chestnut gelding will be sticking with the MATCH Series, rather than aiming towards a start in a Preakness week stakes, as Dilodovico looks ahead to the inaugural Chocolatetown Sprint Stakes on Penn National’s Penn Mile card on June 1.

Laki was bred by Tom Michaels and Lorna Baker out of the winning Swear by Dixie mare Truthful Dutch and is his dam’s only winner from four foals of racing age. The mare’s most recent foal is a yearling full sister to Laki named Halia.