Caonabo Stable LLC’s Clubman, a 5-year-old son of Not For Love, rallied four wide around Charles Town’s far turn in the $75,000 Russell Road Stakes, dug in down the stretch and pulled clear to win by a length on the April 20 Classic card. It was the first stakes win for the bay gelding in 28 career starts. 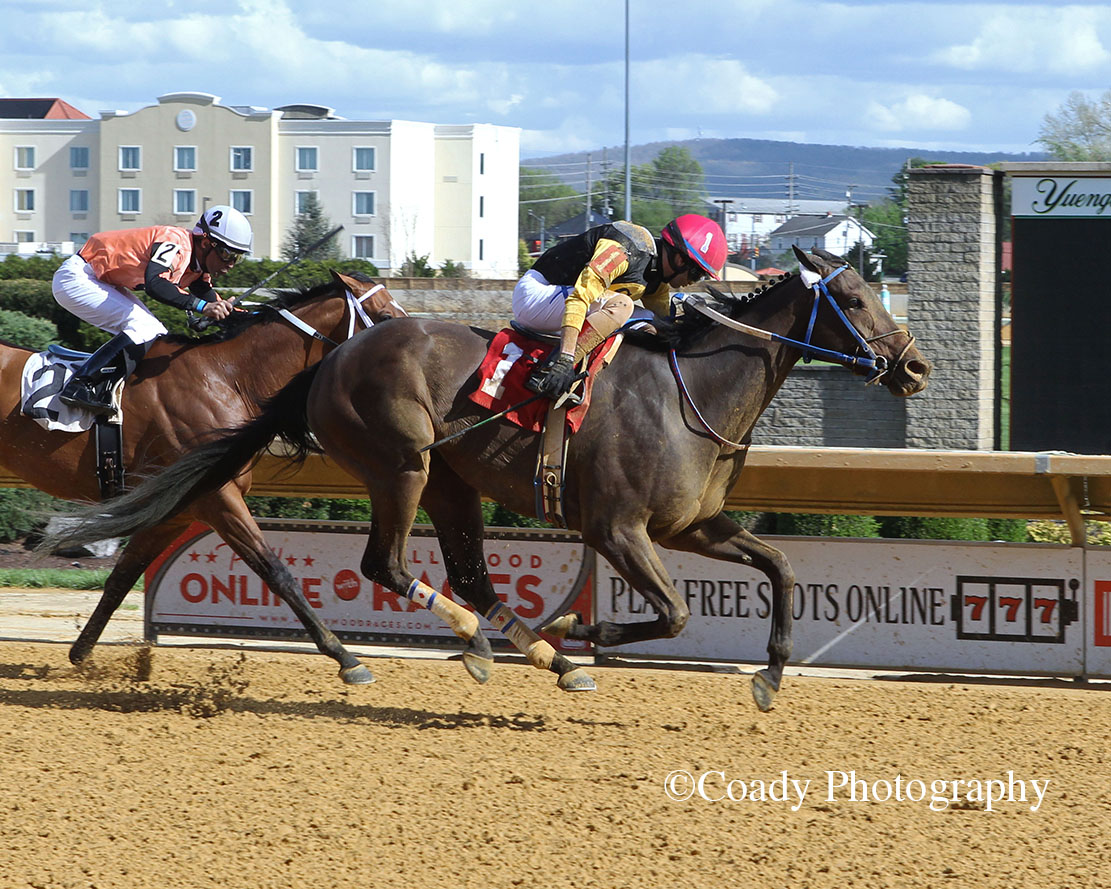 Trained by Rodolfo Sanchez-Salomon, Clubman went off as the 10-1 fifth choice in the field of seven, but came into the race having won two of his three starts this year, both allowances, and most recently was fifth in the Not For Love Stakes, less than six lengths behind winner Lewisfield. With Xavier Perez aboard for his first start at Charles Town, Clubman bided his time behind opening fractions of :23.09, :46.10 and 1:11.01 before gunning for the lead. His final time for seven furlongs was 1:24.56.

In recording his eighth career victory, Clubman boosted his earnings to $319,347. In seven previous stakes attempts, his best finish came when third in last year’s Maryland Million Classic as the second choice in the 10-horse field.

Bred by the members of the Bowman family (Tom and Chris Bowman and daughters Quin Bowman and Becky Davis), Clubman was sold as a 2-year-old at the Fasig-Tipton Midlantic May sale for $75,000 from the consignment of Cary Frommer, and launched his career at Laurel in January 2017 for Waldorf Racing Stables LLC. He broke his maiden in his seventh start that June at Laurel, and left the winner’s circle with new trainer Jonathan Maldonado, who claimed him on behalf of Gladys Martinez for $25,000. Later that summer Clubman won three straight and, in his stakes debut, finished fourth in the Maryland Million Classic behind Bonus Points.

Clubman is the 91st stakes winner for longtime leading Maryland sire Not For Love, and the second for his dam, the unraced Lemon Drop Kid mare Otherwise Perfect. She also produced I Stand Alone (by Dance With Ravens), a stakes winner at Zia Park at 2, as well as two stakes-placed juveniles by Two Punch – graded-placed Friscan and Stonebriar.

Otherwise Perfect is the only foal for her dam Krysia (by Polish Numbers). Of her 10 foals of racing age, all have started and seven are winners. Her youngest foal is a yearling colt by Great Notion, as yet unnamed.