Alwaysmining’s sixth win in a row was his most impressive, as Runnymede Racing’s colorbearer romped home an 11 1/2-length winner of the $125,000 Federico Tesio Stakes on Laurel Park’s Spring Stakes Spectacular day on Saturday, April 20. The win gives him a guaranteed spot in the 144th Preakness Stakes-G1 May 18 at Pimlico. 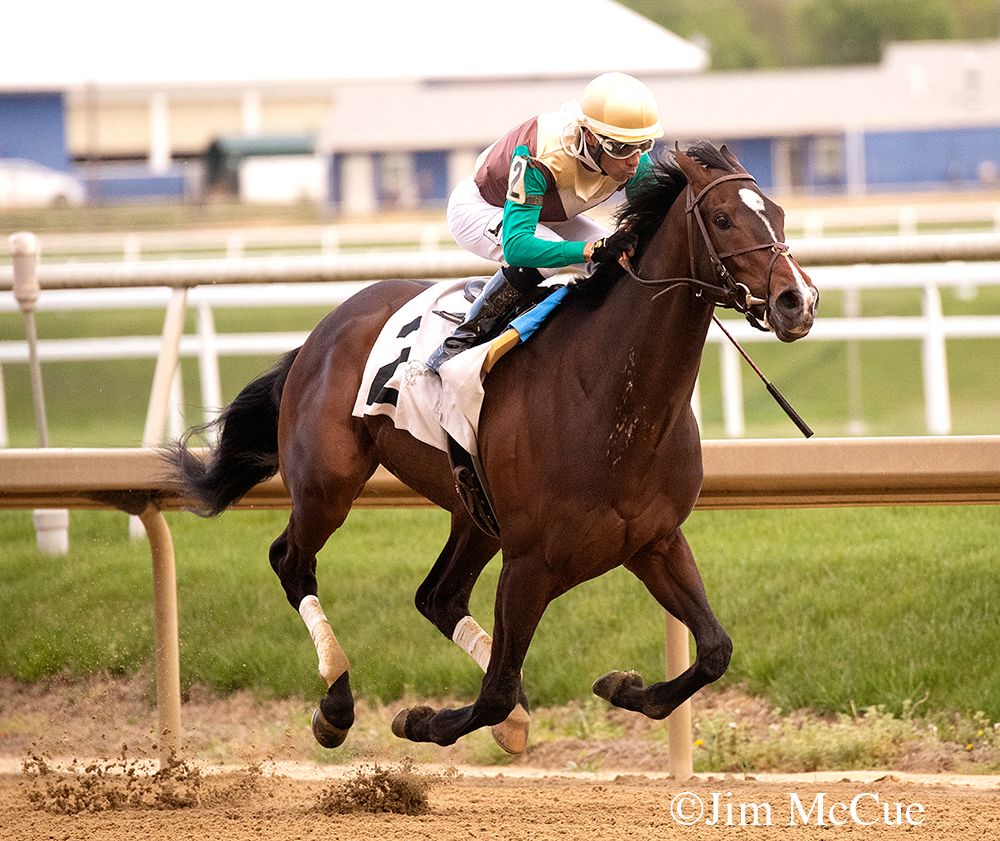 “As long as we come back ok, that’s our goal,” said winning trainer Kelly Rubley.

Although it wasn’t nearly as easy for Robert Manfuso, Wayne Harrison and trainer Katharine Voss’ Las Setas, she got the job done in taking the $125,000 Weber City Miss on the same card, earning her a free entry into the $300,000 Black-Eyed Susan Stakes-G2 to be run the day before the Preakness. Her margin of victory was a nose.

“Obviously, if everything goes well, that’s what we’d like to do next, but the water is much deeper there,” Voss said. “If she got a piece of it – it’s a Grade 2 – we’d be happy.”

Alwaysmining recorded his fifth consecutive stakes victory, a streak that began in December in the Maryland Juvenile Futurity, followed by the Heft (in which he defeated Win Win Win), Miracle Wood (over Gray Magician) and Private Terms. Both Win Win Win and Gray Magician are expected to start next in the Kentucky Derby.

Bred by Maryland horsewoman Avla “Poppet” Pitts out of the Anees mare What Will Be, Alwaysmining was purchased privately by Caroline and Grey Bentley’s Runnymede Racing from James McIngvale after breaking his maiden at Laurel last June. With seven wins in 12 starts, the dark bay son of Stay Thirsty has now earned $386,192.

Las Setas is undefeated in four starts this year, and pushed her career earnings to $226,240. Her wins include the Wide Country Stakes in February and Beyond the Wire Stakes in March. Bred by Manfuso and Voss out of the multiple stakes-producing Polish Numbers mare Tanca, Las Setas is from the first U.S. crop of the late Heritage Stallions sire Seville (Ger). 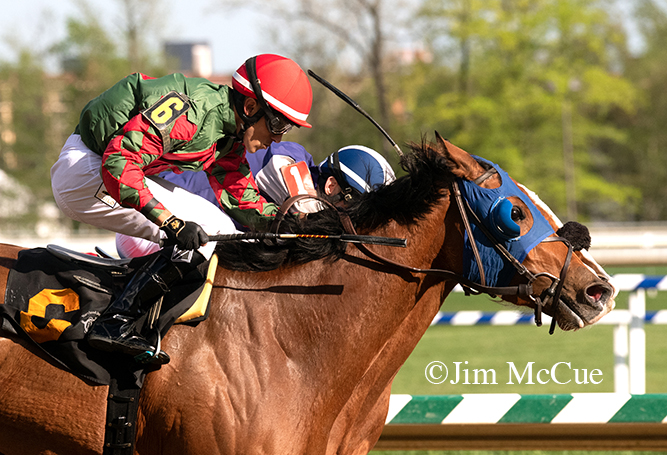