Lady Olivia at North Cliff and Michael Morgan’s Little Lion Girl broke her maiden June 28 at Laurel Park in her second start to become the first winner for her sire, millionaire Imagining. 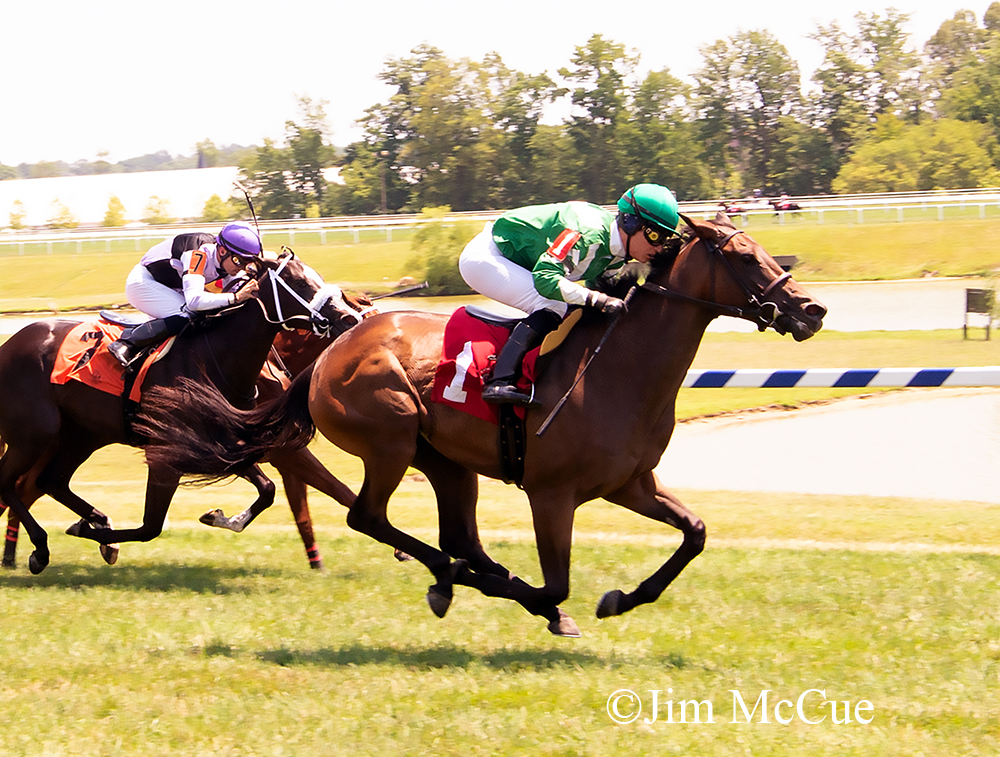 Trained by Carla Morgan, Little Lion Girl was second on debut at Delaware Park on June 5. Tried this time on turf going five and a half furlongs, the bay filly came off the rail in midstretch with an exciting closing kick outside rivals to win the maiden special weight by one and a quarter lengths. The time was 1:03.22, better than two seconds faster than the colt’s race on the same card.

Little Lion Girl was bred in Maryland by Bowman & Higgins Stable out of Chickasaw Gal, by Indian Charlie. Chickasaw Gal is out of Grade 1-placed Ms Louisett, a half-sister to Holy Bubbette, the dam of Cairo Prince and granddam of Outwork.

“It was interesting to note Little Lion Girl has made both starts Lasix-free” said Louis Merryman, owner/operator at Anchor & Hope farm. “In a climate where Lasix is up for debate, it’s nice to know you have a sire who produces runners who don’t necessarily need it.”

Imagining has 54 current 2-year-olds. He stands at Anchor & Hope Farm for $7,500 live foal, payable when the foal stands and nurses.