The Elkstone Group’s homebred Top Line Growth turned in a solid effort in his first start outside of Maryland. Sent out for the $250,000 Iowa Derby at Prairie Meadows on the evening of July 5, the Kelly Rubley-trained 3-year-old with regular rider Julien Pimentel in the irons advanced three wide on the far turn of the mile and a sixteenth test and turned back eight rivals, yet couldn’t catch pacesetting Winning Number. Top Line Growth was awarded the victory upon the disqualification of Winning Number for an infraction in deep stretch that occurred along the rail, and took home the $149,100 winner’s share of the purse. In four starts, Top Line Growth now has three wins and total earnings of $196,503. 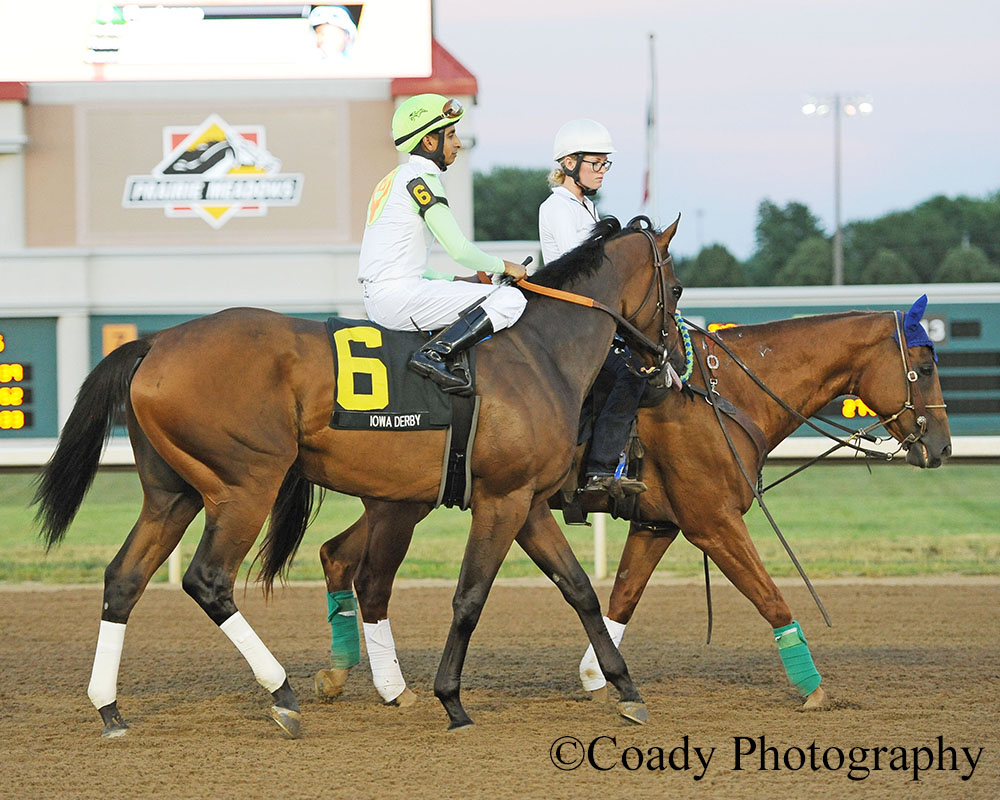 The gelding made his debut at Laurel Park on April 22, dominating a mile and a sixteenth waiver maiden by nine and a half lengths. He tackled stakes company next out on Preakness Day at Pimlico in the Sir Barton Stakes, was pinched back at the start, moved up to within a length of leader King for a Day, then faded to finish last of five.

Top Line Growth was ready to run three weeks later, rolling home an eight-length winner in a Laurel allowance and setting a track record of 1:34.07 for the mile, slicing nearly a half-second over the previous mark set by Skipper’s Friend in December 1980.

Stuart Grant races under The Elkstone Group banner and keeps a number of broodmares at his C-Dog Farm in Chesapeake City, property once owned by the late Delaware Park owner and longtime breeder Bill Rickman. Top Line Growth is from the second crop bred by Grant to foal at C-Dog Farm. Out of the stakes-winning Whywhywhy mare Orinoquia, the gelded son of Tapizar is a half-brother to four winners from as many to race, including stakes-placed Kitchen Fire. After foaling Top Line Growth in early May, the mare wasn’t bred for 2017, delivered a filly by Mshawish in February 2018, and this year foaled a Dialed In filly on March 6.