R. Larry Johnson’s homebred Oldies But Goodies broke through in the $75,000 Ben’s Cat, taking control at the start and maintaining it throughout the five and a half furlongs to win by one and a half lengths over favored Dirty on Sunday, July 14 at Laurel Park. 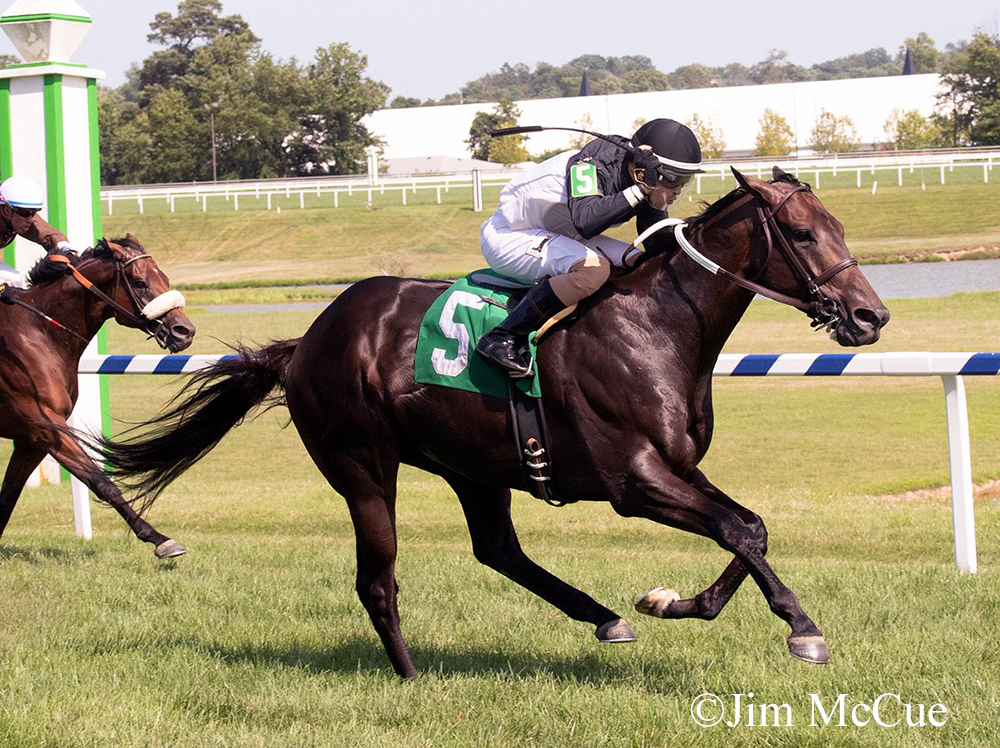 “He ran super,” Johnson said. “Mike did a good job. Alex rode him beautifully, slowed it down a bit. It takes a little of the sting of just getting beat in the previous race. That second wire has gotten me so many times. At the sixteenth pole I’m thinking, ‘Where the hell is the wire?’ But Alex had horse.”

The Mike Trombetta trainee, with Alex Cintron aboard, set fractions of :22.76 and :45.02 in the stakes for Maryland-bred/Maryland-sired runners while flanked by Tempt Me Twice. Coming around the turn and down the stretch at a hot pace ahead of dueling Tempt Me Twice and Love You Much, Oldies But Goodies maintained the lead while favorite Dirty pushed ahead of the pack and finished a half length back in second. Six and a half lengths covered the field of seven – just over two lengths separated the top five finishers.

Making his fourth stakes start, Oldies But Goodies recorded his first stakes win. The best finish in his prior efforts was a third in last November’s City of Laurel Stakes at Laurel.

A 4-year-old gelded son of Maclean’s Music, Oldies But Goodies is the fifth winner from six starters for his dam Keeper Kell, an unraced daughter of Two Punch. Winner of his career debut in October 2017, he has now won four of 13 starts while earning $200,472.

Oldies But Goodies is the latest in a long line of stakes performers descending from Johnson’s foundation mare Ran’s Chick, a family that includes graded stakes performers Street Magician, Strike the Moon and Partners Due. Keeper Kell has also produced stakes-placed Change of Seasons, an earner of $192,408.

To read more about the Ben's Cat Stakes, click here