The 2-year-old filly Hello Beautiful became the first winner for freshman sire Golden Lad when she led gate-to-wire to break her maiden at Laurel Park on Saturday, July 27. 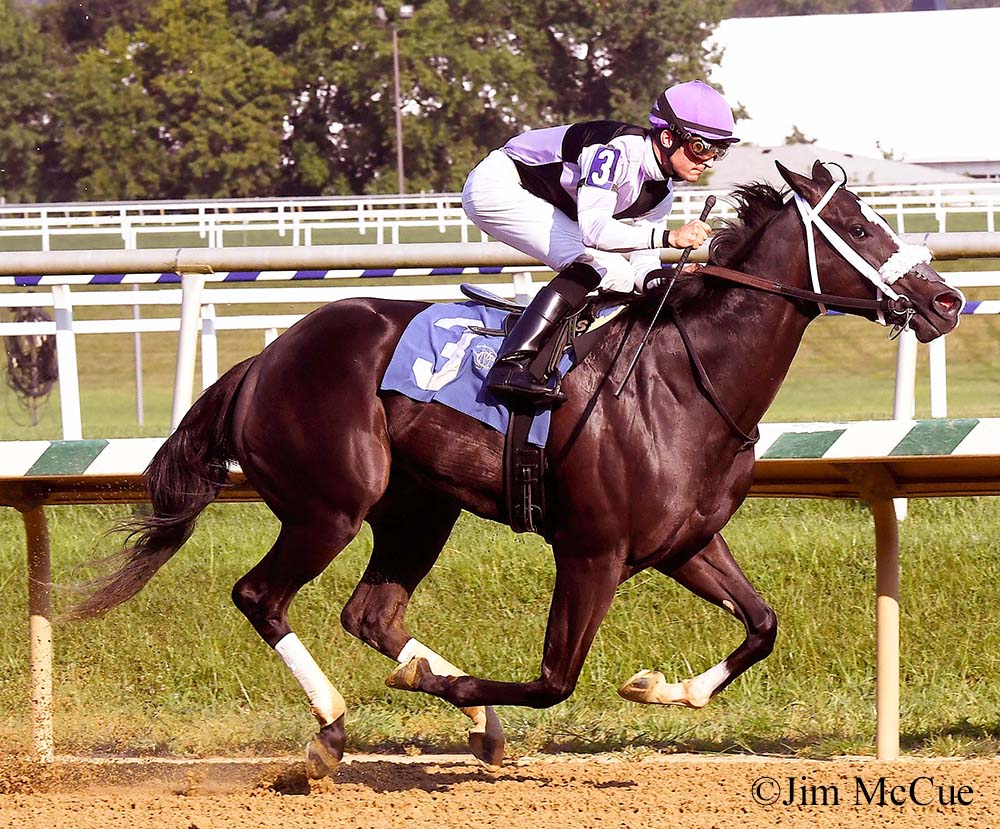 Making her third career start, Hello Beautiful broke quickly under Sheldon Russell in the five and a half-furlong waiver maiden claiming event, set opening fractions of :21.98, :45.15 and :57.08, and hit the top of the stretch well clear of the field. The dark bay went on to win by five and a half lengths and covered the distance over a fast main track in 1:03.52 while defeating eight rivals as the 2-1 favorite.

Hello Beautiful made her racing debut on May 10 at Pimlico and finished third, followed with a second-place finish in her second start on June 28 at Laurel. Following her most recent win, her record has improved to 1-1-1 with total career earnings of $40,092.

Hello Beautiful was purchased by Brittany Russell for $6,500 as a yearling at the 2018 Fasig-Tipton Midlantic December Mixed Sale. Russell, who also trains the filly, co-owns her with Dark Horse Racing LLC. Bred by Ellen Charles’ Hillwood Stables, the filly is the first winner for her dam Hello Now, a winning daughter of Tiznow who has two starters from two foals of racing age.

Golden Lad is a multiple graded stakes winner and track record-setting son of Medaglia d’Oro who won eight of 15 starts and amassed $645,320. His wins included the Prairie Meadows Cornhusker Handicap-G3, Oaklawn Park’s Razorback Handicap-G3 and Essex Handicap, and Penn National’s Mountainview Handicap, and he set a track record for a mile and a sixteenth at Gulfstream Park. The 9-year-old is out of the stakes-winning mare Broadway Gold, by Seeking the Gold, who is also the dam of graded winner Broadway's Alibi and multiple stakes winner R Gypsy Gold, both Grade 1-placed runners.

Golden Lad has the largest crop of any of Maryland’s 2019 freshman sires, with 67 foals. The property of a syndicate, he stood the 2019 season at Northview Stallion Station in Chesapeake City for $5,000 live foal, payable when the foal stands and nurses.