My Sistersledge brings it home in the All Brandy

John and Cheryl Banner’s multiple stakes-winning homebred My Sistersledge had the final say when she pushed past Ghoul’s Night Out to win the $75,000 All Brandy by a half-length on Maryland Pride Day, Saturday, Aug. 17, at Laurel Park. 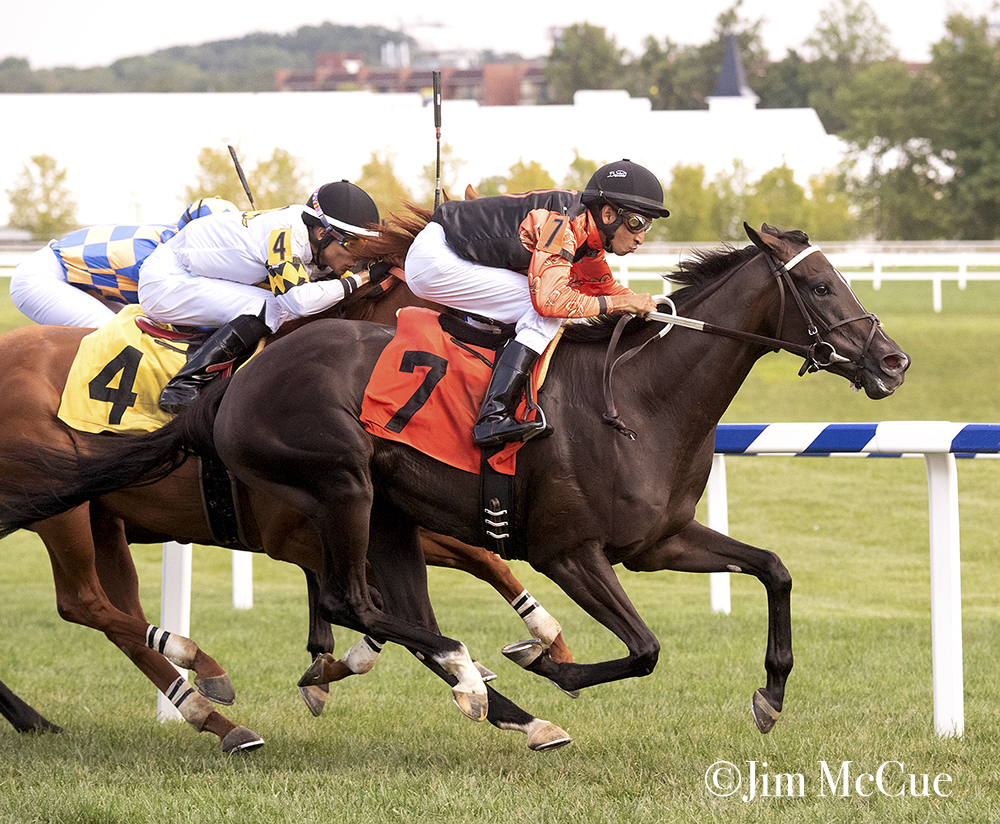 Racing in the middle of the five-horse field early, My Sistersledge was conserved by jockey Julian Pimentel behind pacesetting longshot Anna Boo Boo and Ghoul’s Night Out, winner of the Jameela Stakes last time out. Coming around the final turn, Pimentel moved the 5-year-old mare to the outside, went five-wide down the stretch and drove to the wire, completing the one and a sixteenth-mile stakes for Maryland-bred or Maryland sired fillies and mares in 1:41.81.

The Mike Trombetta trainee, with a career mark of 8-2-7 in 24 starts and $404,182 in earnings, earned her sixth win in 10 career tries over the Laurel turf and has never been worse than third. Winner of the past two editions of the Maryland Million Ladies Stakes, My Sistersledge looks to continue her streak this fall.

A daughter of Etched out of the unraced mare Blushing Bride (by Miesque’s Son), My Sistersledge is one of six winners from seven starters for her dam. Her year-younger full brother, My Brothersledge, was an allowance winner over the Laurel Park turf in July. Blushing Bride produced a Mosler filly for the Banners this past March and was bred to Karakontie (Jpn).

Read more about the All Brandy