It was fitting that Fitzhugh LLC’s 9-year-old homebred gelding English Minister would win a stakes named for Find, Sagamore Farm’s homebred gelding who would remain competitive in stakes competition through age 11. 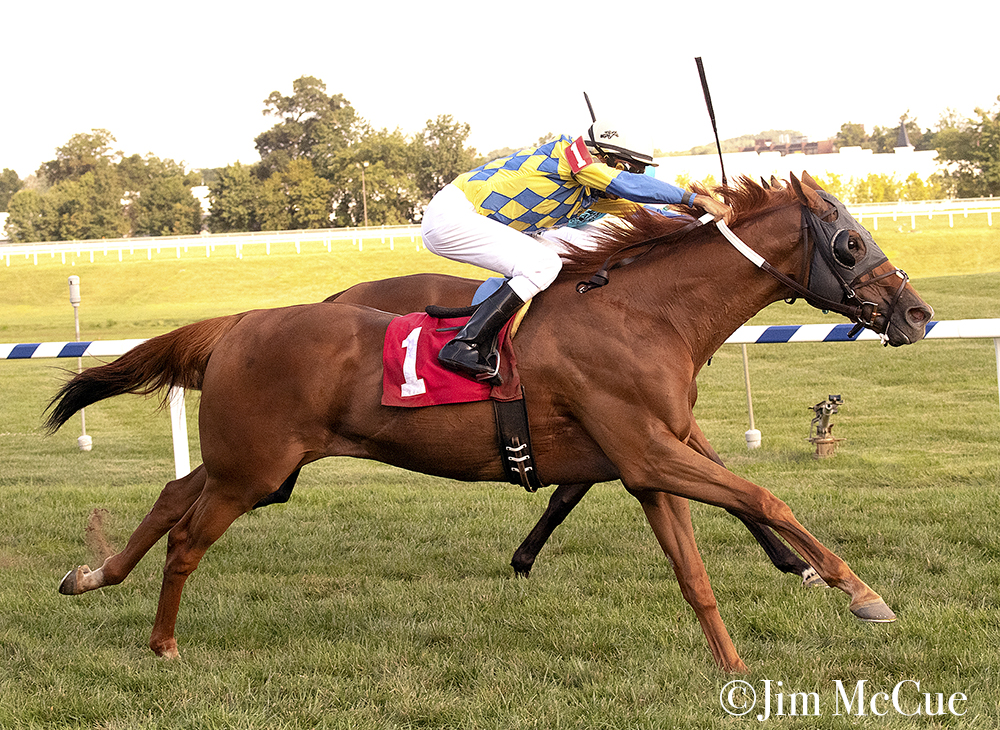 English Minister recorded his first stakes victory, and fourth win in a row, when he fought off longshot Taxable Goods through the stretch to capture the $75,000 Find Stakes for Maryland-bred or Maryland sired runners by a neck on Maryland Pride Day, Saturday, Aug. 17, at Laurel Park.

Rated patiently along the rail by Julian Pimentel, to the inside of 2017 Find winner and even-money favorite Just Howard and behind modest fractions set by Taxable Goods, English Minister was eased out to take on Taxable Goods down the stretch and hit the wire in 1:40.85 for the one and one sixteenth miles over a firm All Along turf course, over which he set a new course mark of 1:40.41 in his prior outing.

English Minister has now earned $550,942 and is the richest runner for his dam Groovy Minister, a daughter of Deputy Minister whose eight foals to race are all winners, including stakes-placed Side by Side and Omi.

Trained by Mike Trombetta, English Minister has been risked a number of times over the past few years for high-priced claiming tags while racing in New York and Florida, and lately for as low as $35,000 at Laurel Park this past April, but has made all his starts for Robert Meyerhoff’s Fitzhugh LLC. He launched his career from the barn of the late Dickie Small as a 2-year-old and recorded his first win that October at Laurel. His first start for Trombetta came in April 2015 at Aqueduct. In 54 starts, he has a record of eight wins, nine seconds and 13 thirds, and three stakes-placings, having finished second in the 2016 Find and 2017 Mister Diz, and third in the 2018 Ben’s Cat.

Read more about the Find