Sagamore Farm’s homebred Where Paradise Lay laid it down in the $75,000 Star de Naskra Stakes, holding off Tappin Cat to score in his stakes debut on Maryland Pride Day, Saturday, Aug. 17 at Laurel Park. 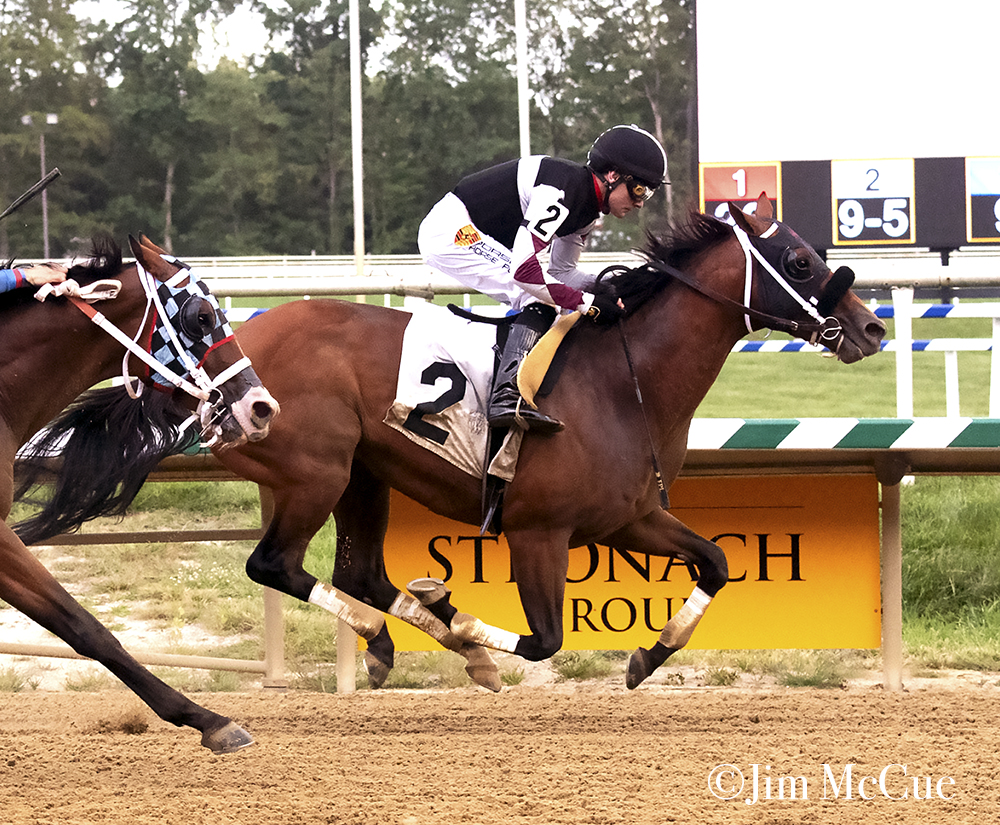 Breaking clean and settling in third, with favored Distant Shore on the outside, the son of Into Mischief trailed the dueling longshots Sky Magician and Great Herman through an opening quarter of :22.85. As the early leaders backed out, jockey Feargal Lynch sent Where Paradise Lay to battle with Distant Shore, dispatched that rival and held off the others to win by a half length. In the six-furlong stakes for Maryland-bred or Maryland sired 3-year-olds, Where Paradise Lay finished in a final time of 1:10.69.

The second foal out of Sagamore’s homebred stakes winner Walkwithapurpose, the Maryland-bred champion 3-year-old filly of 2013, Where Paradise Lay is her second winner, and first stakes winner.

“Our team works so hard every day,” Sagamore chief of staff Jocelyn Brooks said, “and to have not just a homebred but a second generation homebred follow in his mom’s footsteps and win big here at Laurel, on Maryland Pride Day, probably a team that has as much pride as anybody in Maryland coming right from our owner. We’re so proud of him and of our entire team and Stan Hough and the job he did getting him ready. It’s just a huge day for us.”

Unraced at 2, Where Paradise Lay finished third in his debut at Gulfstream Park in February, and got his first win in his fourth start at Churchill Downs in May. Never worse than fourth in his seven starts, he now has $107,940 in earnings.

Walkwithapurpose produced a Maryland-bred filly by Uncle Mo in 2017; her last two foals were born in Kentucky.