Eclipse Thoroughbred Partners and Gainesway Stable’s Sharing made her stakes debut a victorious one, reeling in pacesetter Sunset Promise down the stretch to capture the $200,000 Selima Stakes for 2-year-old fillies at Laurel’s Park on Saturday, Sept. 21. 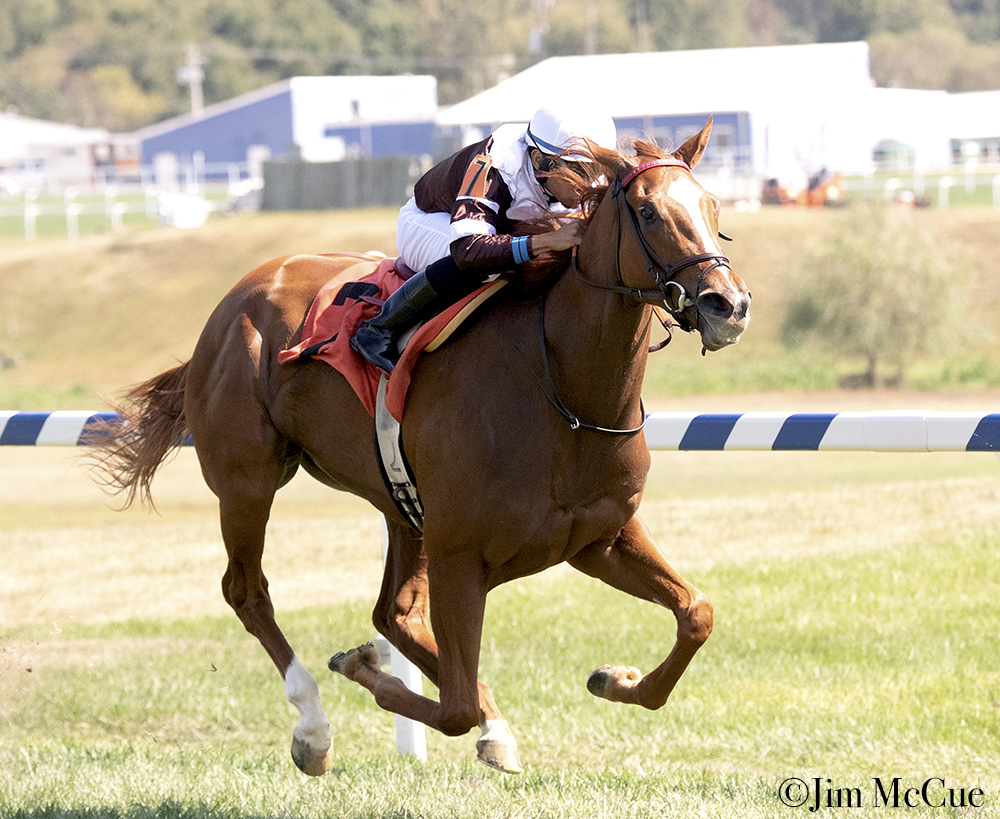 Breaking her maiden just a month prior at Saratoga, the Graham Motion trainee settled outside the early leaders until making her move turning for home. Under the guidance of Manuel Franco, Sharing burst ahead down the stretch to win by two and a half lengths as the 1-2 favorite, and completed the one and one sixteenth miles on the turf in 1:42.61.

Sharing’s record improved to 2-0-1 and $180,300. The filly made her career debut in July at Saratoga, where she finished third.

Bred by Sagamore Farm, Sharing was purchased for $350,000 by Eclipse Thoroughbred Partners in the 2018 Fasig-Tipton Saratoga Select Yearling Sale. A daughter of Speightstown, she is out of the multiple graded stakes-winning millionaire Shared Account, also trained by Motion and winner of the 2010 Breeders’ Cup Filly and Mare Turf-G1. Shared Account has four foals of racing age, three winners, including 2018 All Brandy Stakes winner Riley’s Choice.

Read more about the Selima here