Raging Whiskey holds nothing back in the inaugural Capote Stakes

Pappas Horse Racing Corp. and Charles Bartlett’s Raging Whiskey was in a race of his own as he captured the first running of the $75,000 Capote Stakes at Los Alamitos Race Course by eight lengths on Saturday, Sept. 21. 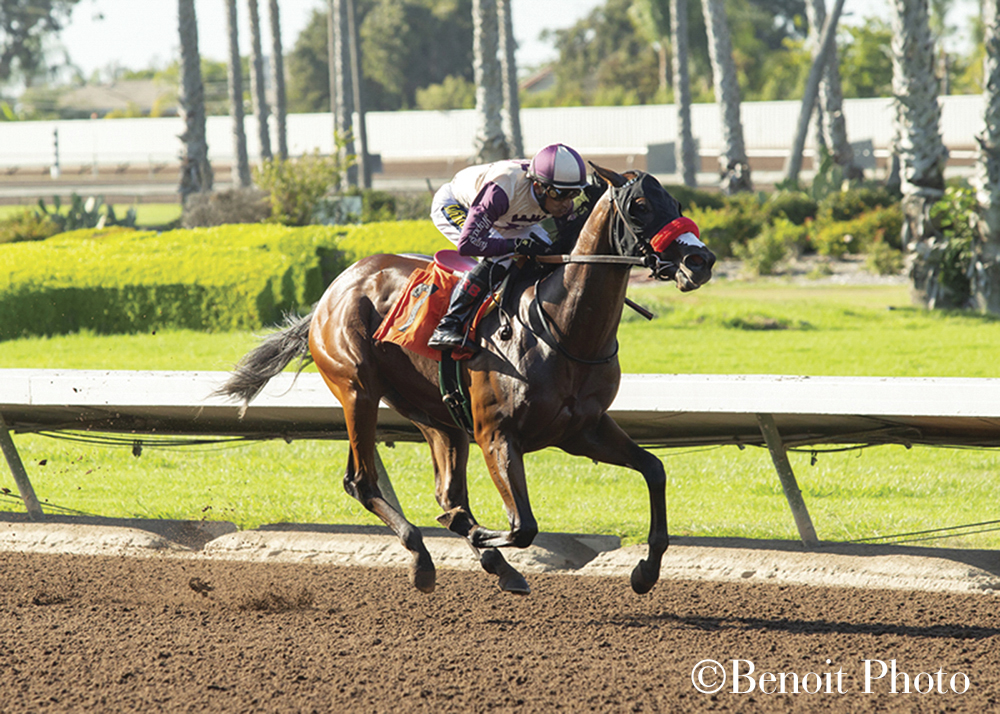 Trained by Doug O’Neill, the 2-year-old’s feat in the Capote is his first stakes win out of four stakes starts. He made his stakes debut in the Sanford-G3 at Saratoga and finished third, was sixth in the Best Pal-G2 at Del Mar and fifth in his only start on grass in the Del Mar Juvenile Turf Stakes three weeks before the Capote. The bay Maryland-bred colt has two wins from six starts, with two thirds, and total earnings of $107,576.

Raging Whiskey holds a special connection with Anchor and Hope Farm, who stands his sire, Bourbon Courage, and bred him along with Finn’s Nickel LLC. Raging Whiskey was consigned by Stuart Morris last year in the Fasig-Tipton Kentucky Fall Yearling Sale and purchased for $25,000 by The Quarter Company. In this year’s Fasig-Tipton Santa Anita 2-Year-Olds in Training Sale, he was a $120,000 RNA.

Raging Whiskey is the fourth foal out of the Quiet American mare Fullerene, who has two winners out of four starters. Fullerene has been bred to Anchor and Hope’s Long River for 2020.

To read more about the running of the Capote Stakes, click here