Barry Ostrager’s Rocky Policy showed resilience as she made a late move and got up to win the $150,000 Turf Amazon Stakes on Pennsylvania Derby Day at Parx Racing on Saturday, Sept. 21. 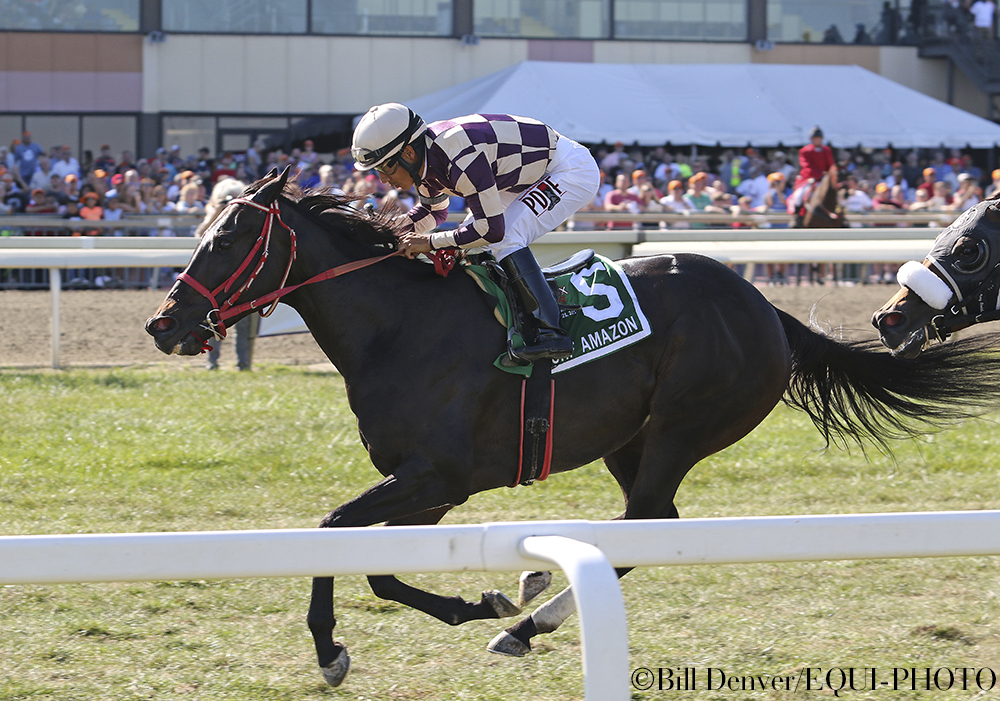 The 7-year-old mare broke clean and quick and settled into third as pacesetting leader Stetson Gold sprinted around the far turn. Turning into the stretch, Rocky Policy burst for home, catching Stetson Gold and pushing ahead to cross the wire in front by three-quarters of a length while getting five furlongs in :56.62.

Now based in California with trainer Robert Hess Jr., Rocky Policy recorded her second stakes win - she won last year’s Jameela at Laurel Park while trained by Dale Capuano for Richard Vermillion. She was offered for sale this past January at the Keeneland mixed sale but failed to reach her reserve; in her first appearance of 2019 she was on the west coast at Golden Gate in April, finishing last in an allowance out of the barn of Andrew Lerner for Del Mar Summer Racing Club LLC, Barry Arnason, John Cavalli and Eric Homme. In for a $40,000 tag, she won at Santa Anita next out, then tested graded stakes competition before being risked again for $40,000 at Del Mar in August; she won, and her connections lost her to Hess. The Turf Amazon was her second start for her new connections - she was fifth in Monmouth Park’s Safely Kept Stakes at Monmouth Park on Sept. 1, also at five furlongs on the turf, two and a half lengths behind the winner Goldwood.

Now in her sixth season, Rocky Policy has been stakes-placed three times, with seconds in the Maryland Million Lassie Stakes and Penn Ladies Dash Stakes and a third in the Sensible Lady Turf Dash Stakes. Bred in Maryland by Shamrock Farm, Rocky Policy is a daughter of the pensioned Shamrock stallion Rock Slide out of the Smart Strike mare Smart Policy and is a half-sister to last year’s Maryland Juvenile Filly Championship Stakes winner Money Fromheaven. After delivering a filly in February by Baltimore Bob, Smart Policy was bred to Maclean’s Music for 2020.