Hillwood Stable LLC’s Cordmaker, the 3-5 favorite in Delaware Park’s $75,000 DTHA Governor’s Day Handicap on Saturday, Sept. 28, laid it all on the line and caught early leader Flowers for Lisa in the closing stages to win by a half-length. 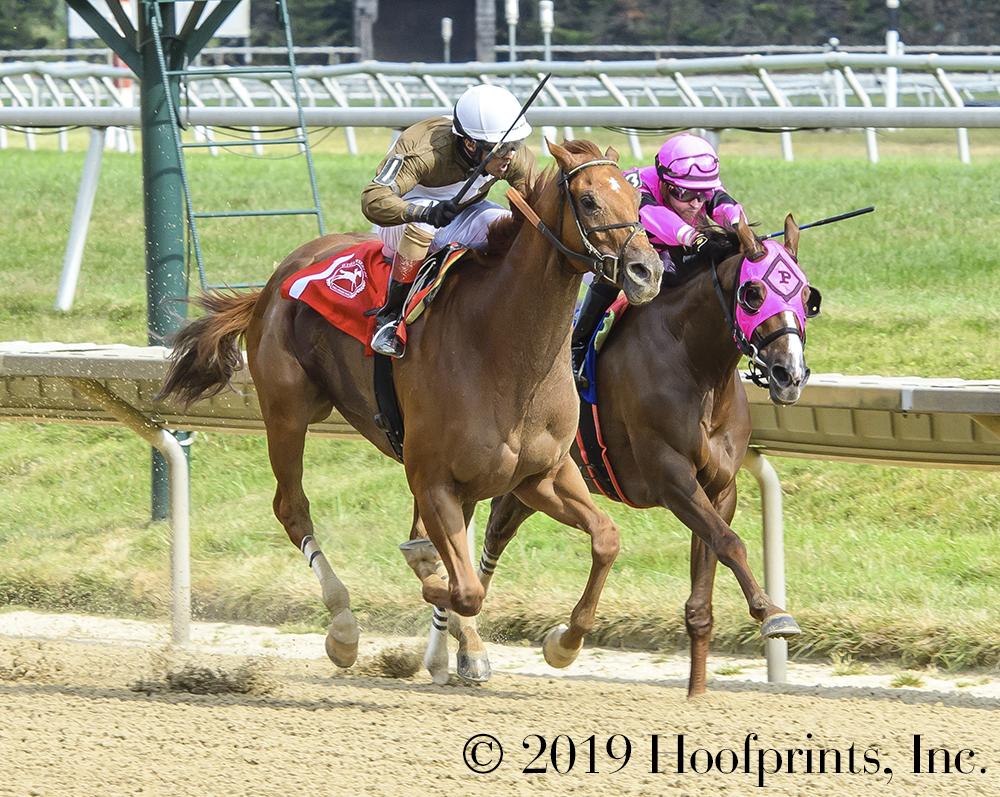 Recording his fifth win from eight starts in 2019, and coming in off an allowance victory in August at Delaware Park, Cordmaker stalked the slow pace set by Flowers for Lisa, an opening quarter of :24.97 and the half in :48.89. Cordmaker made his move with a quarter remaining, caught the leader and battled eye-to-eye down the stretch. He completed the one mile and 70 yards in 1:41.09.

A winner at 2, Cordmaker recorded his first stakes victory in the Jennings at Laurel last December. The 4-year-old gelded son of Curlin recorded two stakes wins earlier this year, the Harrison E. Johnson Memorial in March and Polynesian in June, both at Laurel, and was third in the Grade 3 Pimlico Special at Pimlico in May.

Cordmaker was purchased for $150,000 by Ellen Charles’ Hillwood Stable at the 2016 Fasig-Tipton Midlantic Eastern Fall Yearling Sale. Bred by Chanceland Farm’s Robert T. Manfuso and Katharine M. Voss, he is out of Tanca, a daughter of Polish Numbers, and is a half-brother to 2015 Maryland Million Nursery Stakes winner Corvus and Las Setas, winner of the Wide Country, Beyond the Wire, and Weber City Miss Stakes this year.

Out of nine foals of racing age, Tanca has seven starters, all winners. The dam of a current 2-year-old by Imagining named Obertas yet to start, Tanca delivered a colt by Street Sense this year and was bred to Madefromlucky for 2020.