O Dionysus back to winning ways in the Japan Turf Cup

Multiple stakes winner O Dionysus earned his good fortune at Laurel Park on Saturday, Sept. 28, holding out by a head and surviving a claim of foul to win the $100,000 Japan Turf Cup Stakes. 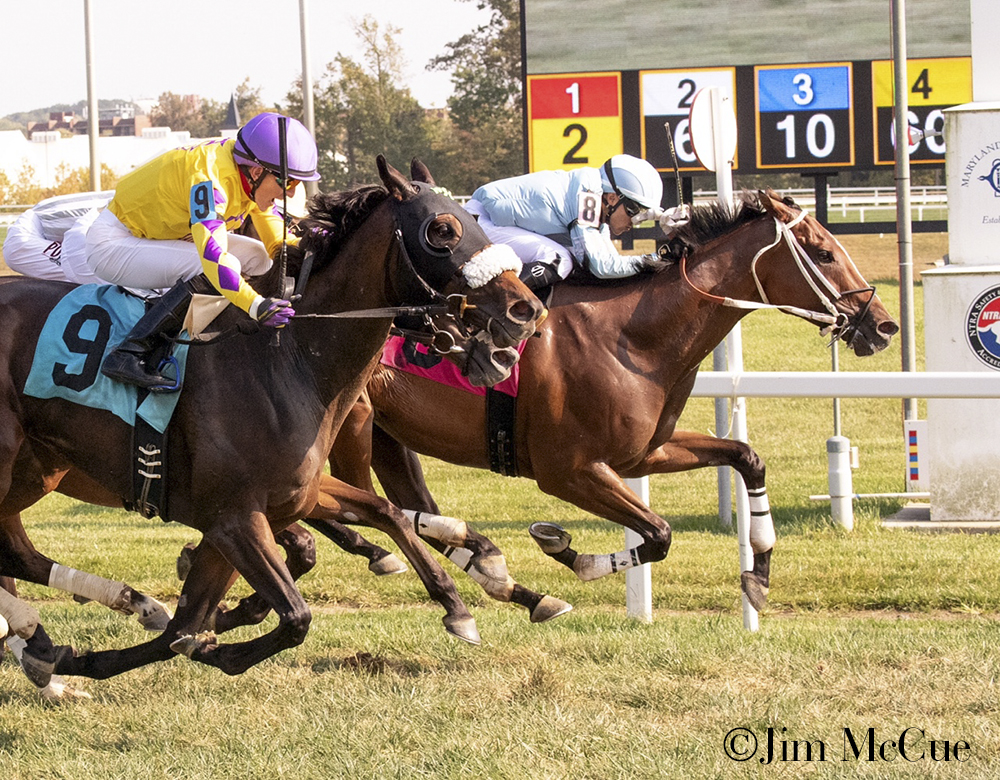 Owned by Marathon Farms, O Dionysus bided time near the back of the pack as longshot pacesetter Freedom Matters ran the opening quarter-mile in :24.78 and half-mile in :50.03. The Gary Capuano trainee moved up to take the lead after the half, showing plenty of resolve as he maintained it through the stretch and pushed through to nab the win ahead of closing challenger Lemon Zip, who finished second by a head over Postulation, managing a neck better than Nakamura in fourth. After a bit of jostling and bumping in the stretch, Postulation was disqualified to fifth.

O Dionysus finished the mile and a half on the turf in 2:28.42. The Japan Turf Cup is the 5-year-old’s fourth stakes victory from 25 career starts, and snapped an eight-race losing streak, his last win achieved in the Cape Henlopen Stakes in July 2018 at Delaware Park, in which he set a course record for the same distance.

A third generation Dark Hollow Farm-bred, O Dionysus was purchased for $190,000 by Peter G. Angelos in the 2015 Fasig-Tipton Midlantic Eastern Fall Yearling Sale. Breaking his maiden in his career debut at Laurel in August 2016, the gelding won his stakes debut three starts later in the Christopher Elser Memorial at Parx Racing. His second stakes victory came in the Miracle Wood at Laurel early the following year. Over his career he is also stakes-placed seven times.

A son of Bodemeister, O Dionysus was the fifth foal and is currently the highest earner for his dam Safe Journey, a winning daughter of Flatter who has produced eight horses of racing age, including multiple stakes winner Joy and stakes-placed Combat Diver. O Dionysus now has seven wins, five seconds and four third-place finishes with earnings of $438,574.