Troy Johnson and Charles Lo’s 2-year-old So Street proved he was up to the task in the $100,000 Howard County Stakes, capturing his first stakes by one and a half lengths at Laurel Park on Saturday, Sept. 28. 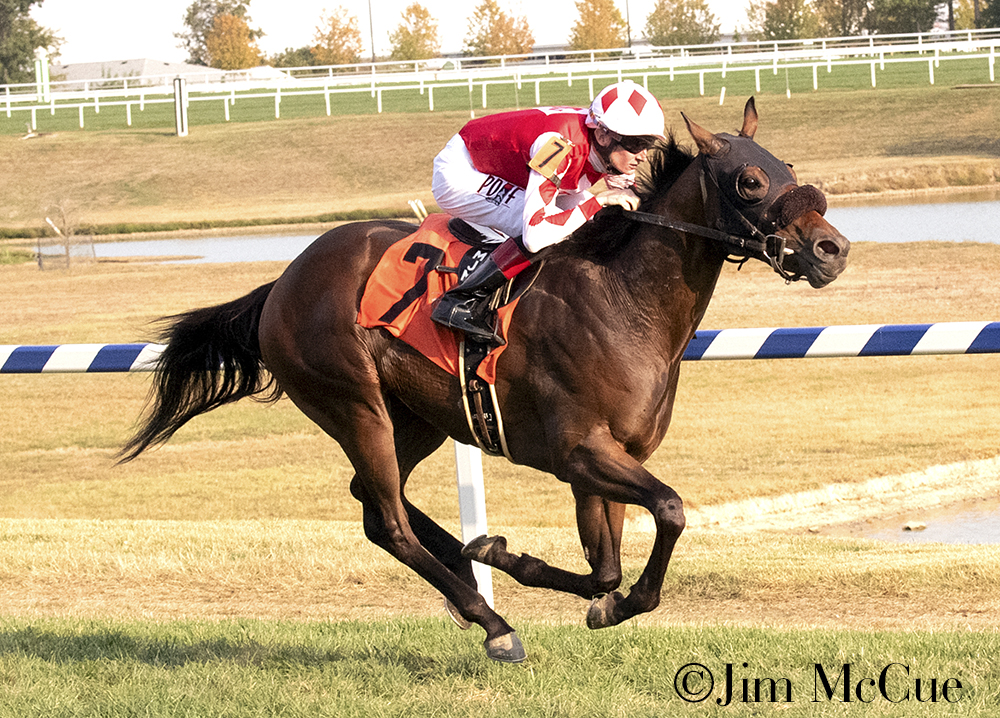 Breaking from the outside post in the field of seven, So Street quickly worked his way to the lead, went the first quarter :21.81, maintained a swift pace as he hit the top of the stretch more than four lengths on top, and held off late closers to stop the clock for the five and a half furlongs over the firm turf course in 1:03.55.

The gelding’s previous stakes start came in the Rosie’s Stakes at Colonial Downs in August, where he finished second behind American Pharoah’s son Four Wheel Drive.

Trained by Jamie Ness, So Street was a winner first time out in May at Pimlico, and has been first or second in his five of his six starts. A $3,000 sales purchase by Ness at last year’s Fasig-Tipton Midlantic Fall Yearling Sale, he now has earnings of $145,133.

Bred by R. Larry Johnson, So Street is the fifth stakes winner sired by Johnson’s homebred graded stakes winner Street Magician, who stands at Roland Farm in Chesapeake City. He is one of four foals of racing age out of Johnson’s homebred Mr. Greeley mare So Vain, whose other two runners are both winners – stakes placed Magician’s Vanity ($180,691, 2nd Brookmeade S, 3rd Maryland Million Ladies S) and Thissongisaboutyou ($102,337). So Vain is the dam of a current yearling Congrats filly named In Vain, and didn’t produce a foal in 2019.