Hall of Famer Good Night Shirt passes away at 18

Two-time Eclipse Award-winning steeplechase champion and National Hall of Famer Good Night Shirt passed away on Oct. 13 following a bout of colic at his trainer Jack Fisher’s farm in Monkton. The chestnut Maryland-bred gelding was 18.

A son of Breeders’ Cup Classic-G1 winner and 2014 Maryland Thoroughbred Hall of Fame (MTHOF) inductee Concern and the Two Punch mare Hot Story, Good Night Shirt was bred by Dr. and Mrs. Thomas Bowman, sold as an unraced 3-year-old, and had a couple of wins on the flat before being converted to the jumps, where he won eight Grade 1 races and earned in excess of $1 million. Racing the majority of his career for Harold A. “Sonny” Via Jr. and his wife Ann, Good Night Shirt is the only steeplechaser to be named Maryland-Bred Horse of the Year (2008). Retired in 2009, he was inducted into the National Museum of Racing Hall of Fame and MD Thoroughbred Hall of Fame in 2017.

Read more about his career here 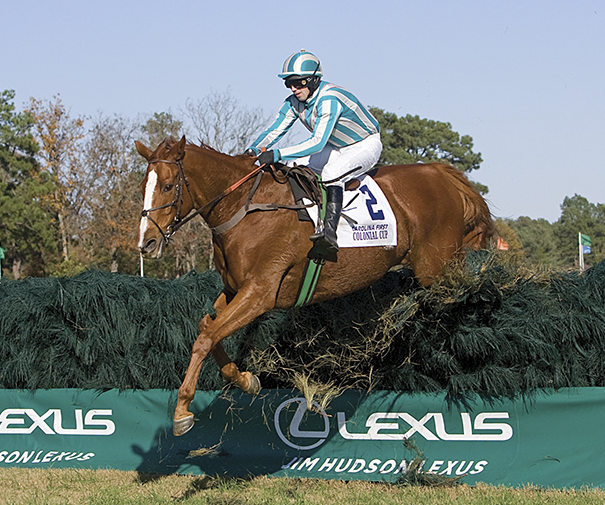