Hustling from the back of the pack, Smart Angle LLP’s Yesterdaysplan caught leader Esterina in the final strides to capture the $50,000 Maryland Million and/or Registered Maryland-Bred Distaff Starter Handicap by a head on Saturday, Oct. 19 at Laurel Park. 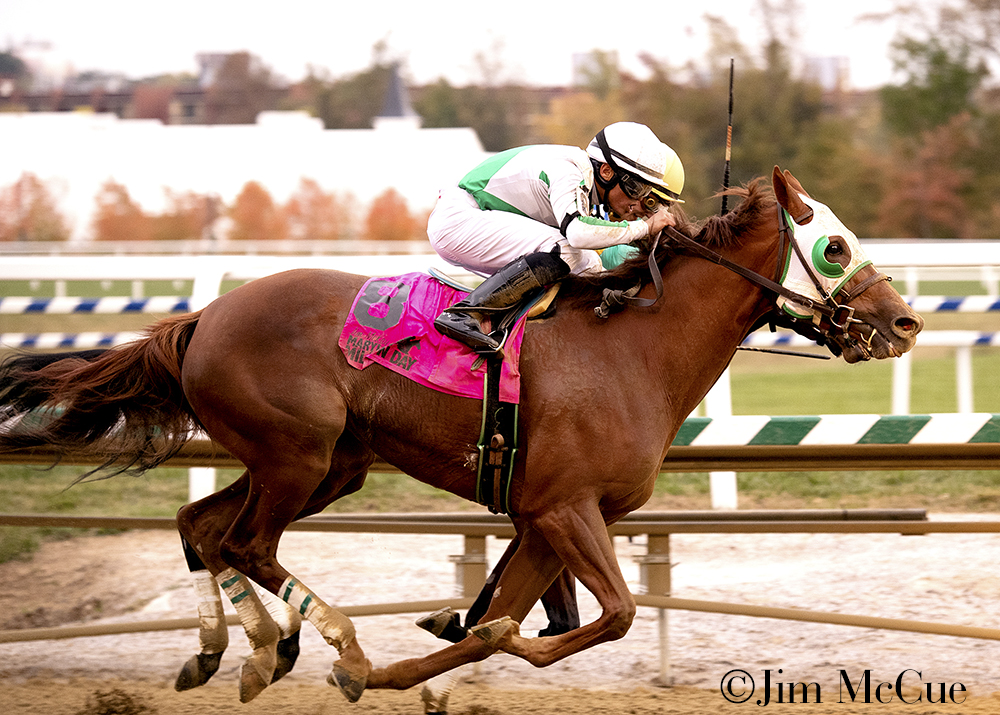 After being bumped by the previous year’s winner, Hashtag Selfie, soon after the break, Yesterdaysplan settled near the back of the pack as early leader My Chesa Charm set opening fractions of :23.04 and :46.16. Moving up from the inside as she headed around the far turn, Yesterdaysplan was brought five-wide into the stretch and made a strong move to chase down favorite Esterina. The 3-year-old daughter of former Maryland sire Plan completed the seven furlongs in 1:24.18 while getting her first stakes win.

Bred by Kevin Morgan, Yesterdaysplan was sold as a yearling at the Fasig-Tipton Midlantic Eastern Fall sale to Ceasar Nambo for $1,000. In five starts at 2, she was on the board four times – her only off the board finish when attempting stakes company in her second start, the Small Wonder at Delaware Park. She had just missed in her debut, when second by a neck, at Delaware Park for Nambo, and soon found herself in the barn of trainer Claudio Gonzalez for owner Joseph E. Besecker. She got her first win for those connections last December at Laurel Park and raced for them through July, when she was risked for $5,000 at Laurel. She won impressively by 15 1/4 lengths that day and was claimed by her current connections.

The Maryland Million victory was Yesterdaysplan’s fourth win in 15 starts, and boosted her earnings to $104,968. She is one of only three foals for the Pioneering mare Yesterdaystouch, whose first two were born a decade earlier. All three are winners. The mare has not had a reported foal since.