Taco Supream brings it home in the $100,000 Maryland Million Sprint 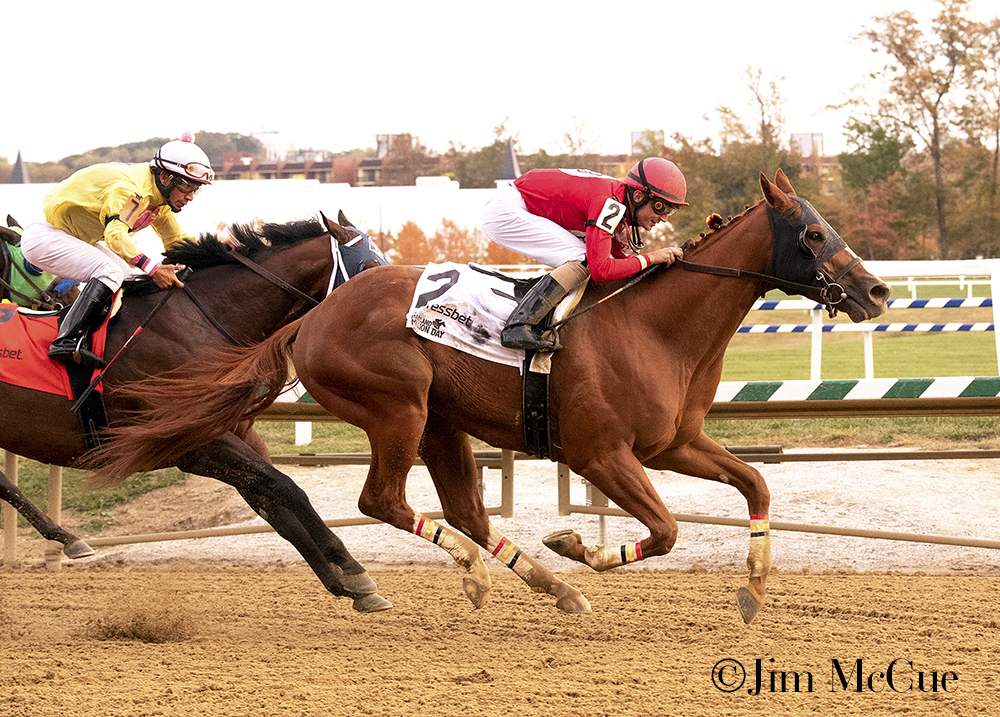 Going up against the likes of two-time graded-stakes winner Call Paul, successful stablemate Laki, and 2018 Sprint winner Lewisfield, Taco Supream broke clean from the inside and settled into the back of the pack with stakes placed Hall Pass. Longshot Fearless Terp ran an opening quarter-mile in :22.38 as favorite Call Paul swept ahead from the outside, running an opening half-mile in :45.18. Taco Supream took the final turn wide, driving down the stretch to catch Call Paul on the outside before powering ahead to win by three-quarters of a length, with Lewisfield in third.

The Damon Dilodovico trainee finished the six furlongs in 1:08.80 over a fast main track.

Purchased for $1,600 as a yearling by Cameron Frock in the Fasig-Tipton Midlantic Eastern Fall sale, Taco Supream made his career debut for owner C and B Stables and trainer Charles Frock less than a year later at Laurel, finishing seventh in a maiden special weight. Making three more starts, including breaking his maiden by two and a half lengths in November, Taco Supream was claimed by his current connections for $25,000 prior to his fifth start, which he won.

The Sprint was Taco Supream’s seventh career win and first stakes victory, following previous attempts in the Jennings last year, where he finished fourth, and most recently a second-place finish in the Challedon. Out of 19 starts, the gelding boasts a record of 7-7-1 with $305,256 in total earnings.

Bred by Ann Jackson, Taco Supream is a son of El Padrino out of the Not For Love mare Barouchka, who was bred by Jackson’s late husband Cary. A half-sister to Maryland Hunt Cup winner Raven’s Choice, Barouchka has produced five foals who have all started and won. Taco Supream’s half-sister Renaissance Rosie, by Jump Start, finished second in the 2017 Politely Stakes and 2018 Misty Bennett Pink Ribbon Stakes with total earnings of $372,819. Barouchka has been bred to Uncle Lino for 2020.

To view the replay of the Maryland Million Sprint, click here