Reeves Thoroughbred Racing’s Ournationonparade showed true determination as he fought along the far turn and took over the lead down the stretch to win the $100,000 Maryland Million Nursery by three and three-fourth lengths at Laurel Park on Saturday, Oct. 19. 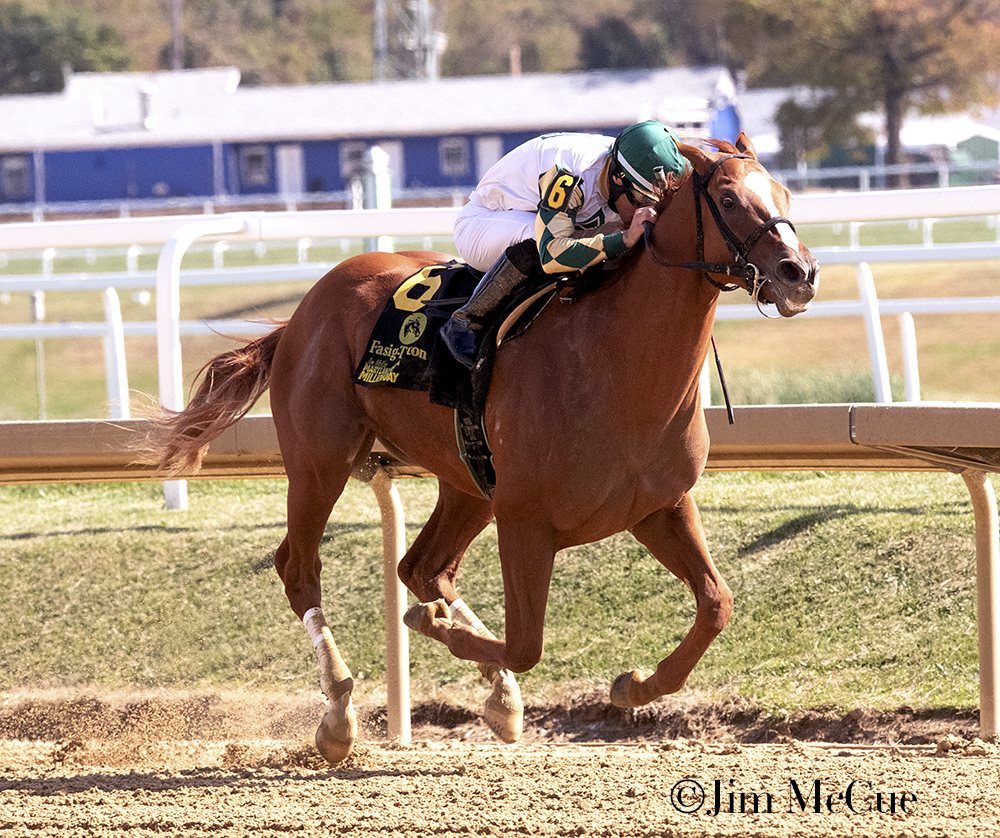 Ournationonparade made swift work to find the front of the pack, settling just behind D C Fireman as he trailed early pacesetter So Street who set opening fractions of :22.26 and :45.49. Rounding the final turn, the T. Bernard Houghton trainee kicked it into high gear and moved strongly down the stretch to take the win as he finished the six furlongs over a fast main track in 1:09.73. Stone Courageous finished second, with Laddie Liam taking third.

The gelded son of Grade 2-placed Cal Nation made his career debut a month prior for owner/breeder John E. Williamson, III, where he finished second by a neck to Double Crown before the pair of contenders was purchased privately by Dean Reeves of Reeves Thoroughbred Racing. Accomplishing not only the first win of his career, but his first stakes win in his first attempt, Ournationonparade’s record has improved to 1-1 with $65,920 in total earnings.

Out of the Leading the Parade mare Parade of Colors, Ournationonparade is his dam’s first blacktype winner. Parade of Colors has produced four winners from four starters, out of five foals total, including Parade of Nations, who has earned $269,364 and also made a start on Maryland Million Day, finishing 11th in the $50,000 Maryland Million and/or Registered Maryland-Bred Starter Handicap.

To view the replay of the Maryland Million Nursery, click here

Country Life Farm’s Mosler, the region’s busiest stallion when he entered stud at the Pons family’s Bel Air, Md., farm in 2017, got his first winner when Heir Port scored in his debut Aug. 9 at Monmouth Park.