The impressive 2-year-old filly Hello Beautiful delivered victory on all fronts as she led gate-to-wire in the $100,000 Maryland Million Lassie, winnning her first stakes while also becoming the first stakes winner for freshman sire Golden Lad, her dam Hello Now, and her trainer Brittany Russell. 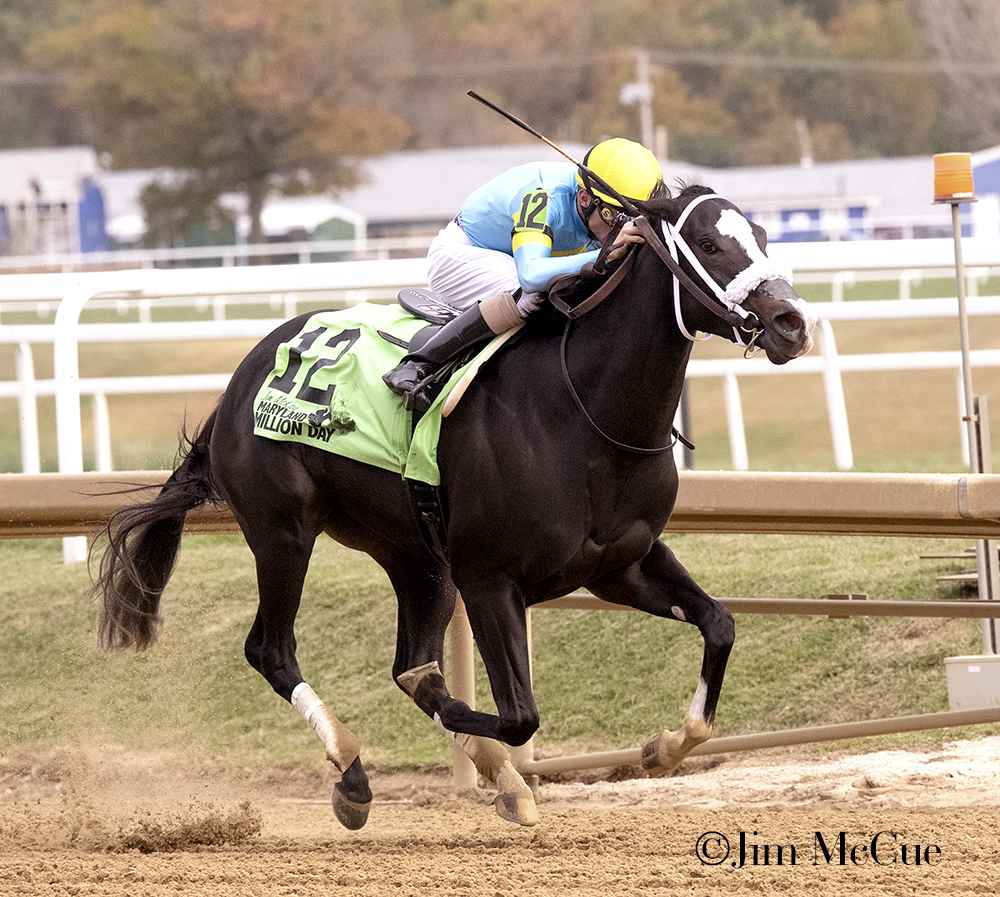 Owned by Madaket Stables LLC, Mark Frasetto, Mark Parkinson, K-mac Stables and Magic City Stables, Hello Beautiful swept to the lead as Halfinthewrapper challenged from the inside, set opening fractions of :22.24 and :45.64. Coming around the final turn and bursting down the stretch, Hello Beautiful opened up to win by three and three-fourth lengths over Stickingtogether, with Worstbestideaever in third. The dark bay filly finished the six furlongs on a fast main track in 1:10.33.

Consigned in last year’s Fasig-Tipton Midlantic December Mixed Sale, Russell purchased Hello Beautiful for $6,500. Making her first four career starts for Russell and Dark Horse Racing LLC, the daughter of Golden Lad finished third in her first time out at Pimlico in May, followed up with a second-place finish, before breaking her maiden in a waiver maiden claiming event in July at Laurel. The filly was then purchased privately by her current connections, finishing second in her first start for them in an allowance optional claimer at Laurel in September, prior to the Lassie.

Having yet to finish worse than third, Hello Beautiful’s record now stands as 2-2-1 out of five career starts, with $106,558 in total earnings.

A daughter of Northview Stallion Station’s freshman sire Golden Lad, out of the Tiznow mare Hello Now, Hello Beautiful was bred by Hillwood Stables LLC. The second out of four foals her dam has produced, Hello Now has one winner from two starters. The mare has been bred to Hoppertunity for 2020.

To watch the replay of the Maryland Million Lassie, click here