Zonda earns her crown in the Maryland Million Ladies

Matthew Schera’s Zonda put forth a powerful performance in the $125,000 Maryland Million Ladies to defeat two-time Ladies winner My Sistersledge on Saturday, Oct. 19 at Laurel Park. 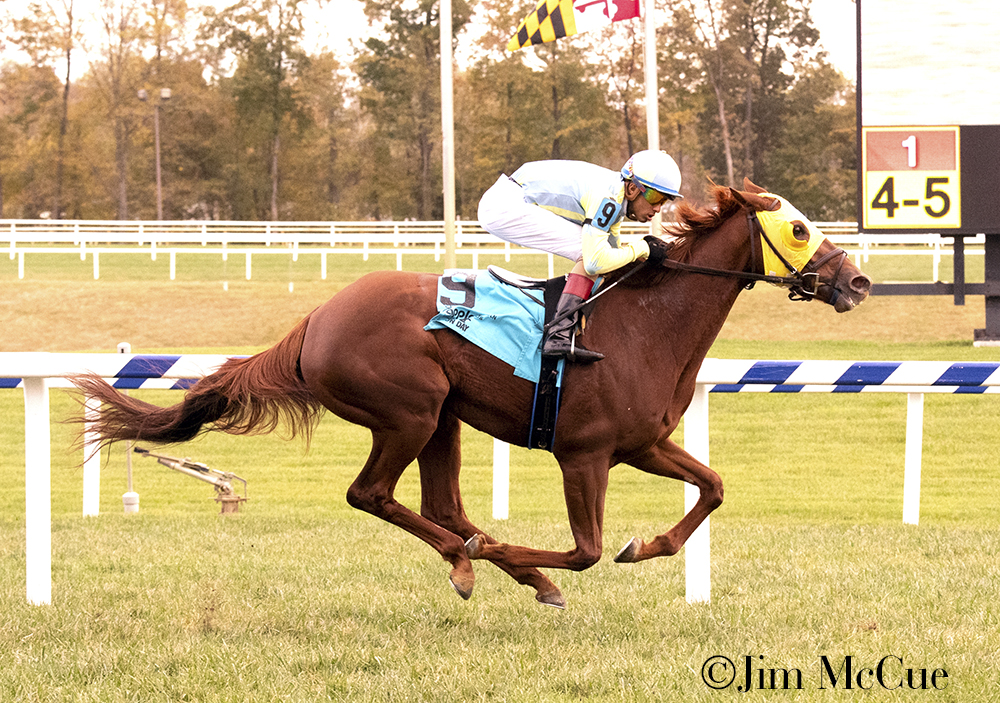 Making her fifth attempt to find a stakes victory out of eight career starts, Zonda moved to the front to trail pacesetter Something Magical, dueling briefly before surpassing her as they led the pack into the final turn. My Sistersledge moved up along the outside to present a challenge, but just couldn’t extend enough to catch Zonda down the stretch, who managed to preserve a one and a half length win over the previous year’s winner, with Jameela Stakes winner Ghoul’s Night Out finishing third.

The James L. Lawrence, II trainee completed the one and one-eighth miles on the turf, rated firm, in 1:50.46, showing a much improved performance over her fifth-place finish in the one and a half mile Bald Eagle Derby at Laurel last month. Since winning her career debut in May, the 3-year-old filly has finished fifth in the Light Hearted Stakes, fourth in the Christiana Stakes at Delaware Park, and fourth in the Fasig-Tipton Virginia Oaks at Colonial Downs. Her most recent win prior to the Ladies was an allowance at Colonial Downs in August, where she finished a neck ahead of Princesschope.

To view the replay of the Maryland Million Ladies, click here