A son of the late Group 1 turf star Seville (Ger), Kevin Morgan’s homebred Mr. d’Angelo left the field in the dust as he surged down the stretch to win the $125,000 Maryland Million Turf on Jim McKay Maryland Million Day at Laurel Park on Saturday, Oct. 19. 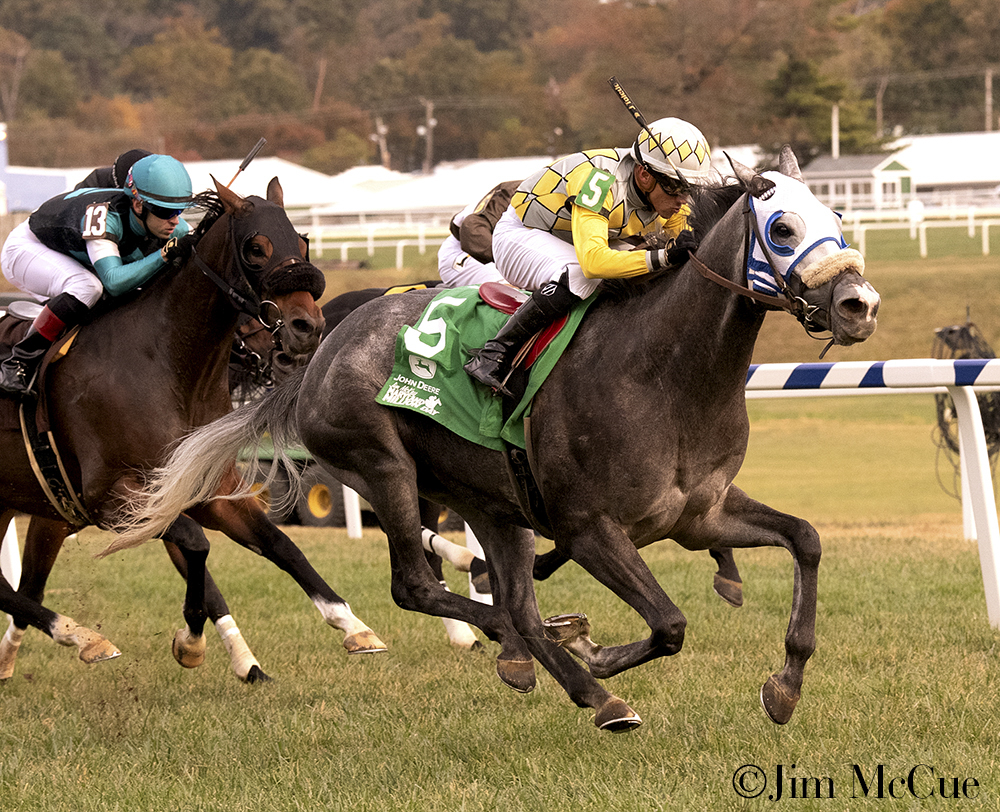 Breaking amongst a competitive field of 14, Mr. d’Angelo settled into the second half of the pack soon after the break as early leader Nicki de Nephew set the pace with My Brothersledge trailing closely behind. Through opening fractions of :24.37, :48.00 and 1:12.52, the pack surged around the final turn as Mr. D’ Angelo made his move between horses to fly ahead of Somekindofmagician by one and three-quarter lengths, with Pretty Good Year in third. The 3-year-old completed a mile on the turf, rated firm, in 1:36.88.

His seventh career start since making his winning career debut in April at Laurel, Mr. d’Angelo secured his first stakes win in his first attempt, boosting his record to 2-2-1 with $117,843 in earnings. Under trainer Tim Woolley, the gray gelding has found his stride on Laurel’s turf course, finishing second in a starter optional claimer and allowance prior to his win in the Maryland Million Turf.

Out of the Housebuster mare Suds, Mr. d’Angelo is his dam’s only winner out of two starters, from four foals produced.

To watch the replay of the Maryland Million Turf, click here