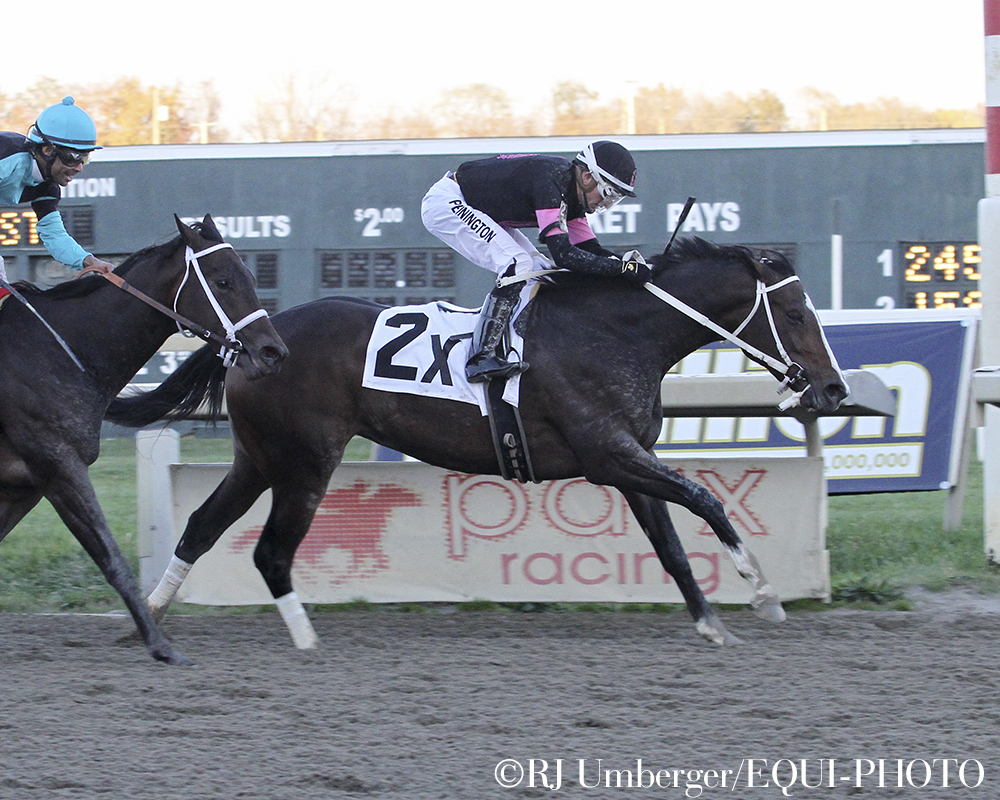 Making her stakes debut, Project Whiskey settled into third, stalking early pacesetter Capital Q through an opening quarter in :22.69. It was a three-filly battle as Project Whiskey joined Lula’s Roadrunner and Capital Q through a half mile in :45.30, and on the far turn charged for the lead. She put away the early leaders, then repulsed Fly On Angel down the stretch to prevail by three-quarters of a length. She stopped the clock for seven furlongs in 1:25.16.

The Robert E. Reid Jr. trainee improved her record to 2-0-2 from four starts to boost her earnings to $106,800. Making her career debut at Saratoga in July, Project Whiskey had back-to-back maiden special weight third-place finishes in upstate New York. She broke through with a win at her home base at Parx in September, romping home by an impressive five and a half lengths going seven furlongs.

Regular participants in Maryland Horse Breeders Association Yearling Shows, the Haydens took home a first-place ribbon with Project Whiskey in 2018, in Class IV for Maryland-bred fillies by out-of-state sires. Among those in the class was Sharing, winner of the Breeders’ Cup Juvenile Fillies Turf-G1 three days before Project Whiskey’s stakes score.

Project Whiskey was consigned by Dark Hollow to the 2018 Fasig-Tipton Midlantic Eastern Fall Yearling sale, where she was purchased by Cash is King LLC’s Charles J. Zacney for $35,000.

To watch a replay of the Parx Juvenile Fillies Stakes, click here