Lewisfield makes a comeback in Howard and Sondra Bender Memorial 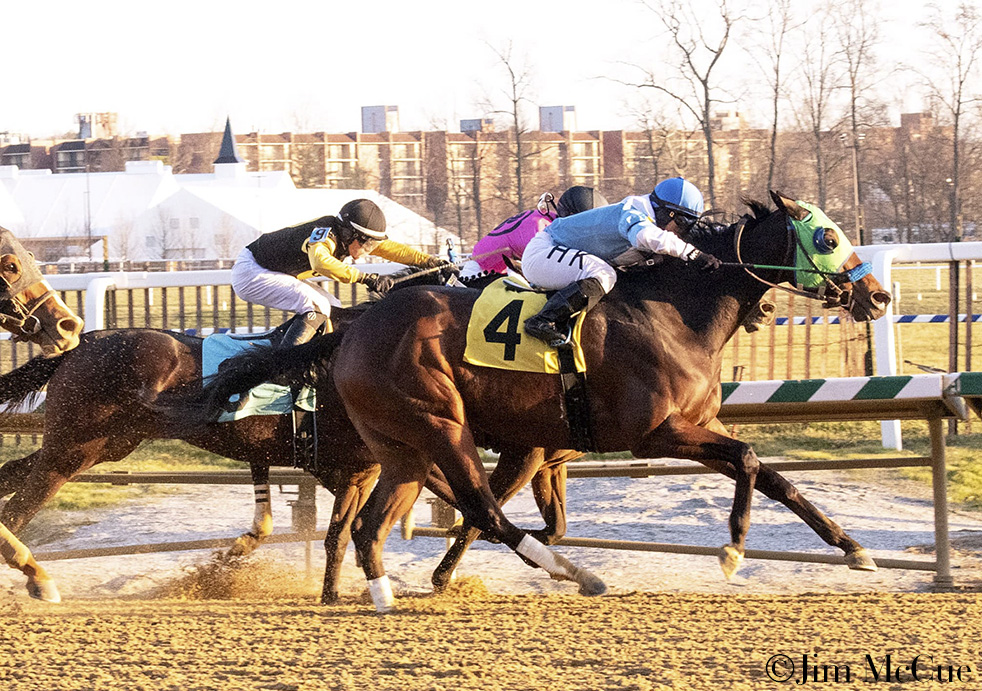 Linda Zang’s homebred outran Oldies But Goodies and Alwaysmining as he went to the lead, setting early opening fractions of :22.90, :46.23 and :58.01. The pack surged from behind as they rounded the final turn, with Alwaysmining and favorite Taco Supream moving up the outside to challenge the leader as Clubman and Still Having Fun weaved to the inside down the stretch. Lewisfield managed to hold them all off, winning by a neck as he completed the six furlongs in 1:09.97. Still Having Fun finished second, a neck ahead of Clubman in third.

“He took the lead really easy. He was going fast but at the top of the stretch he gave me a little kick. I waited a little bit and when I saw the pressure was coming I asked him to give me a nice kick to the end and he did it,” said jockey Horacio Karamanos.

Coming off of a troubled trip in the Fabulous Strike Stakes at Penn National, where he finished sixth, Lewisfield recorded his fourth career stakes win, and improved his record to 8-5-6 from 23 starts, for earnings of $486,617. It was the 5-year-old’s second win of the season, similar to his trip in the Not For Love Stakes in March, where he sped to the early lead and fired down the stretch to hit the wire three and a quarter lengths.

Debuting as a 3-year-old at Charles Town, Lewisfield broke his maiden in his second start and followed up with two strong allowance wins before making his stakes debut in the 2017 Howard M. Bender Memorial, finishing second. The bay gelding notched his first stakes victory in last year’s Not For Love, winning by a length, and added another nearly six months later in the Maryland Million Sprint Handicap. Making four starts in graded stakes company, Lewisfield has recorded consecutive third-place finishes in the Maryland Sprint Stakes-G3 at Pimlico.

Lewisfield is a son of Northview Stallion Station’s Great Notion out of the Crowd Pleaser mare Smart Crowd. A producer of seven foals, Smart Crowd has four winners from five starters. She delivered a full brother to Lewisfield this year, and was bred back to Street Boss.

Read more about the Howard and Sondra Bender Memorial here