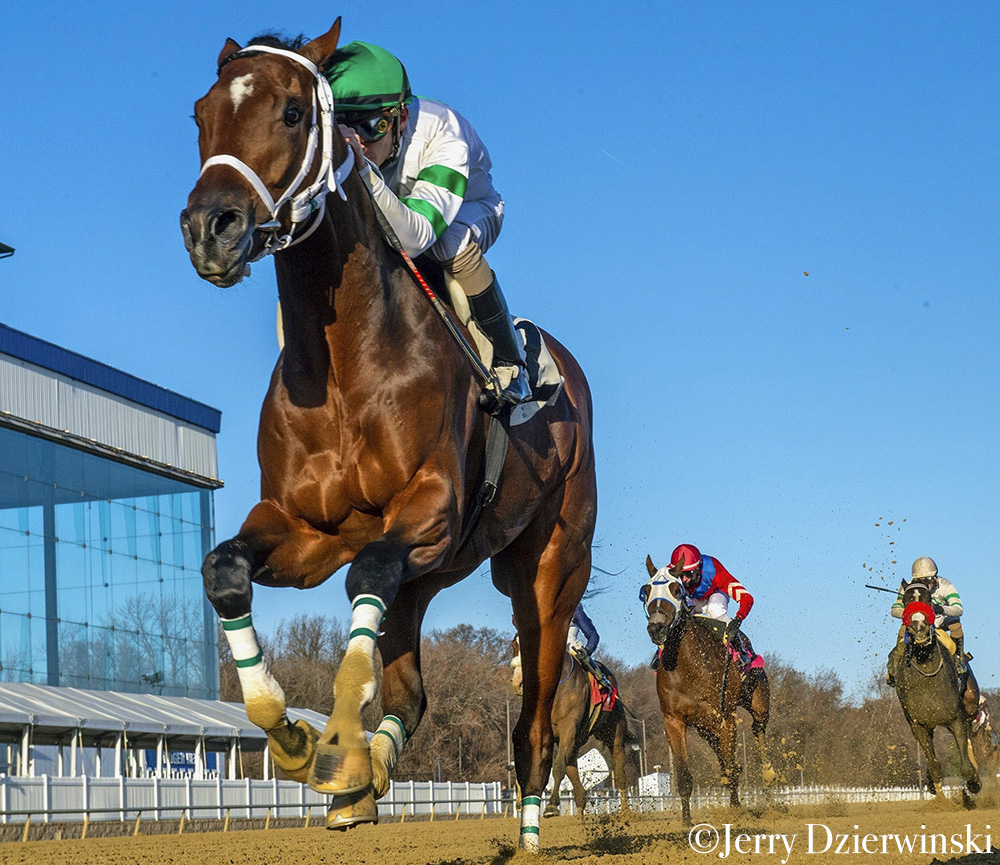 Laddie Liam broke sharp and headed straight to the front. Setting an opening quarter-mile of :23.01, he remained unfazed by the other challengers, sprinted away down the stretch and won by four and a half lengths over Stone Courageous while stopping the clock for the seven furlongs in 1:23.51.

Coming in off a third-place finish in the Maryland Million Nursery in October in his stakes debut, Laddie Liam now has a record of 3-0-2 from five starts. Securing his third win from four starts at Laurel, the Hugh McMahon trainee increased his earnings to $128,556.

“Our whole barn is like a big family, so it’s awesome for us,” assistant trainer Alex Horn said. “He’s a little full of himself, but he’s just great to be around because he can run like that.”