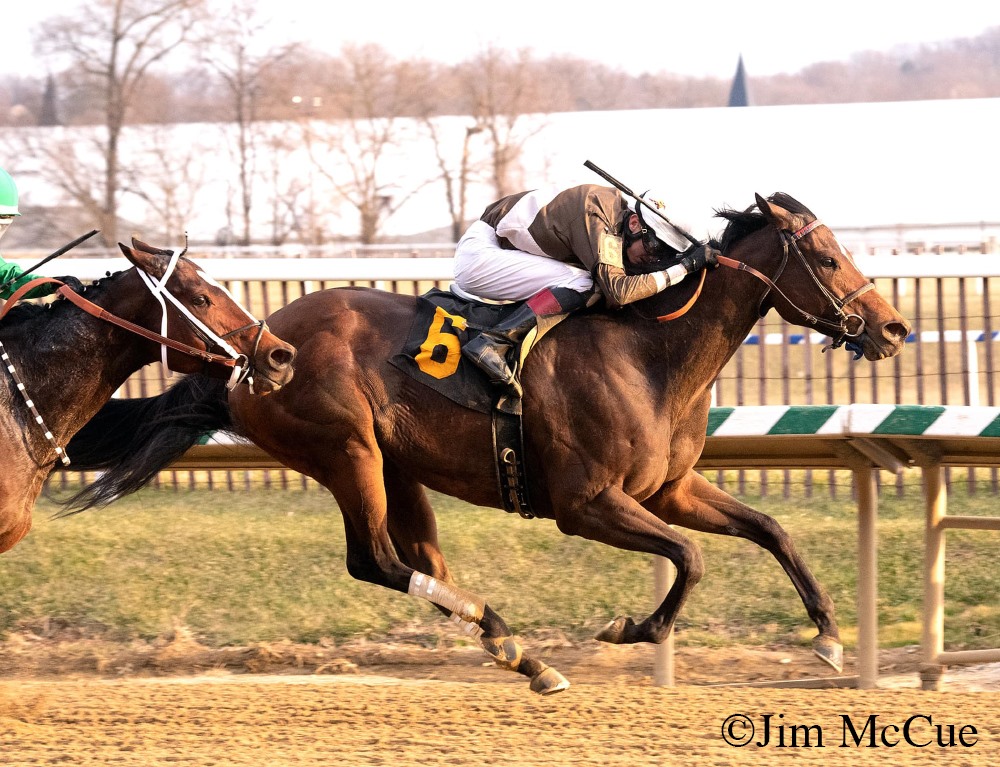 The Graham Motion trainee broke in the middle of the pack and settled fifth of nine as favorite Baby Boss sped the opening quarter mile in :22.42. Majestic Reason moved up the inside rounding the final turn, took aim at Baby Boss turning for home as longshot Wildcat Combat made her move five wide and swept past the leader at the top of the stretch. Majestic Reason drew even with Wildcat Combat and the two dueled to the wire, with Majestic Reason pulling away late to complete the six furlongs in 1:10.68.

“She was super sharp today. I couldn’t believe how sharp she was just coming off a quick layoff. I was really happy with her,” jockey Trevor McCarthy said.

Making the seventh start of her 4-year-old season, Majestic Reason improved her overall record to 5-4-2 from 12 starts with $312,998 earned. The Willa On the Move was the bay mare’s second stakes win, following her successful stakes debut in the Miss Disco at Laurel in August 2018, which she won by one and a quarter lengths. She has placed in six of her seven stakes starts, including a third-place finish in the last fall’s Gallant Bloom Handicap-G2 at Belmont Park and a second to Anna’s Bandit in the Politely just three weeks prior to her most recent win.

Bred by Sycamore Hall Thoroughbreds LLC and Ellen Charles, Majestic Reason is the third of six foals for her stakes-winning dam Love’s Reason.  The first three foals for the daughter of Not For Love have all started, and all are stakes horses. Jump for Love (by Jump Start) was third in the 2015 Maryland Juvenile Filly Championship, and Good Reasoning (by Scat Daddy), finished third in the 2017 Caveat Stakes at Laurel. Love’s Reason produced a Munnings colt named Artistic Reason in 2017 and the Bandbox filly Heartful in 2018. She delivered a Hard Spun colt last March and was bred to Violence for 2020.

Read more about the Willa On the Move Stakes here