Runnymoore Racing’s multiple stakes winner Alwaysmining kicked off the new year victoriously as he captured the historic Jennings Stakes for Maryland-bred or -sired runners on Saturday, Jan. 18 at Laurel Park. 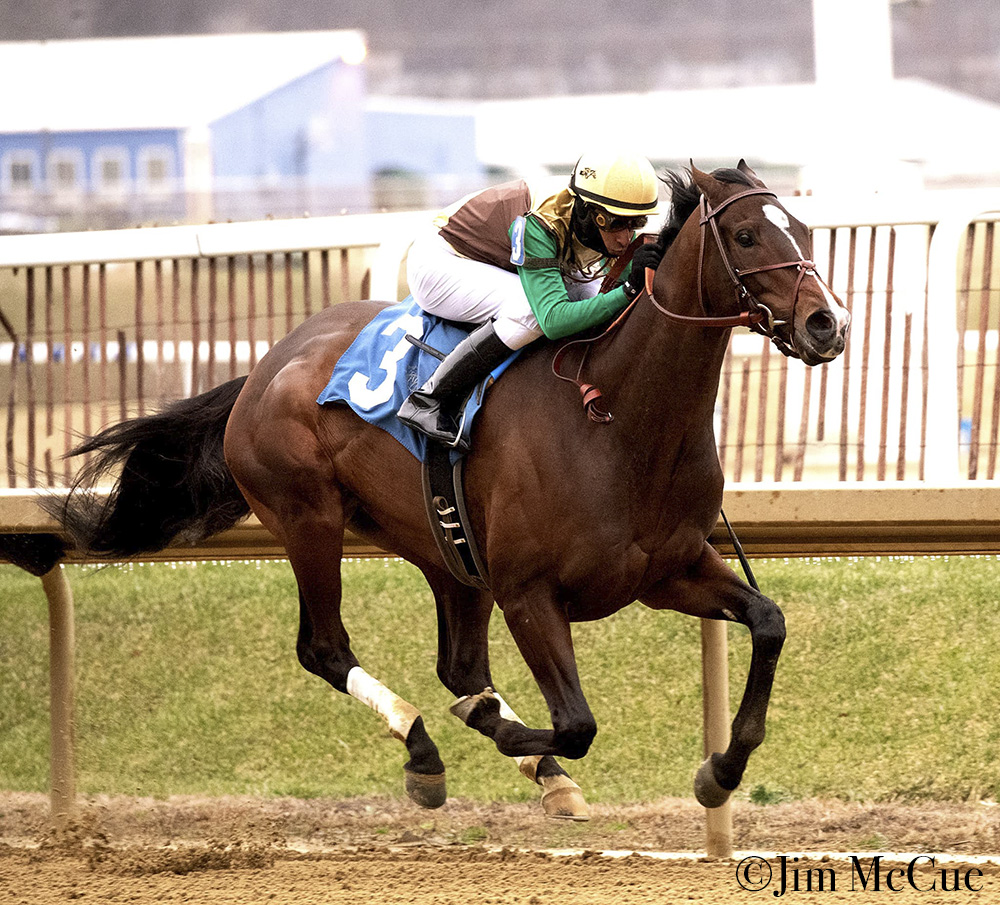 Coming off of a second-place finish in the Native Dancer Stakes in December and sent off the 3-10 favorite, Alwaysmining broke to trail early pacesetter Bustoff in second, with two-time Jennings winner John Jones trailing to the inside in third. Taking the pack through an opening quarter-mile in :24.57 and half-mile in :48.25, longshot Bustoff continued to hold the lead around the far turn. Heading down the stretch, Alwaysmining picked up the pace down the outside to take the lead and hold it, winning by one and three-quarters lengths over John Jones, with multiple stakes winner Clubman third.

Wrapping up the mile in 1:37.75, Alwaysmining added a sixth stakes win to his record and broke a five-race losing streak, improving to 8-1-2 from 18 starts. The Kelly Rubley trainee bumped his earnings to $476,442.

“He had a tough campaign last year. He did a lot of winning, which was spectacular, but then he deserved some time in the pasture and time to be a horse,” Rubley said. “I think it’s paying us back.”

Making his career debut in April 2018 at Keeneland, the talented gelding made the first few starts of his career in Kentucky before heading to Maryland, where he broke his maiden at Laurel Park in his fourth career start by four and a half lengths. Rounding out the year with wins in the Maryland Juvenile Futurity and Heft Stakes, Alwaysmining added three more stakes victories to kick off his 3-year-old season before making his way to the Preakness Stakes-G1 at Pimlico, resulting in an 11th place finish. Prior to the Jennings, Alwaysmining’s most recent stakes victory was the Federico Tesio (which gave him an automatic berth in the Preakness), which he won by an impressive 11 1/2 lengths.

“He certainly deserved a break and I’m glad to see him come back to where we were hoping to be,” Rubley said. “I’m never going to look far ahead but we’re glad to be here today and we’ll regroup and figure it out.”

A son of Stay Thirsty out of the Anees mare What Will Be, Alwaysmining was bred by Maryland horsewoman Avla Pitts and purchased by 3-D Bloodstock for $32,000 in the 2017 Keeneland January Horses of All Ages sale. Later that year, Jim McIngvale purchased the bay as a yearling for $130,000 in the Keeneland September sale.

What Will Be, bred to Klimt for 2020, has four winners from five named foals, out of eight produced.