Rafael Lopez’s Naughty Thoughts secured her first stakes victory in the $100,000 Wide Country for 3-year-old fillies, drawing off in dramatic fashion to win by four and three-quarter lengths on Saturday, Feb.15 at Laurel Park. 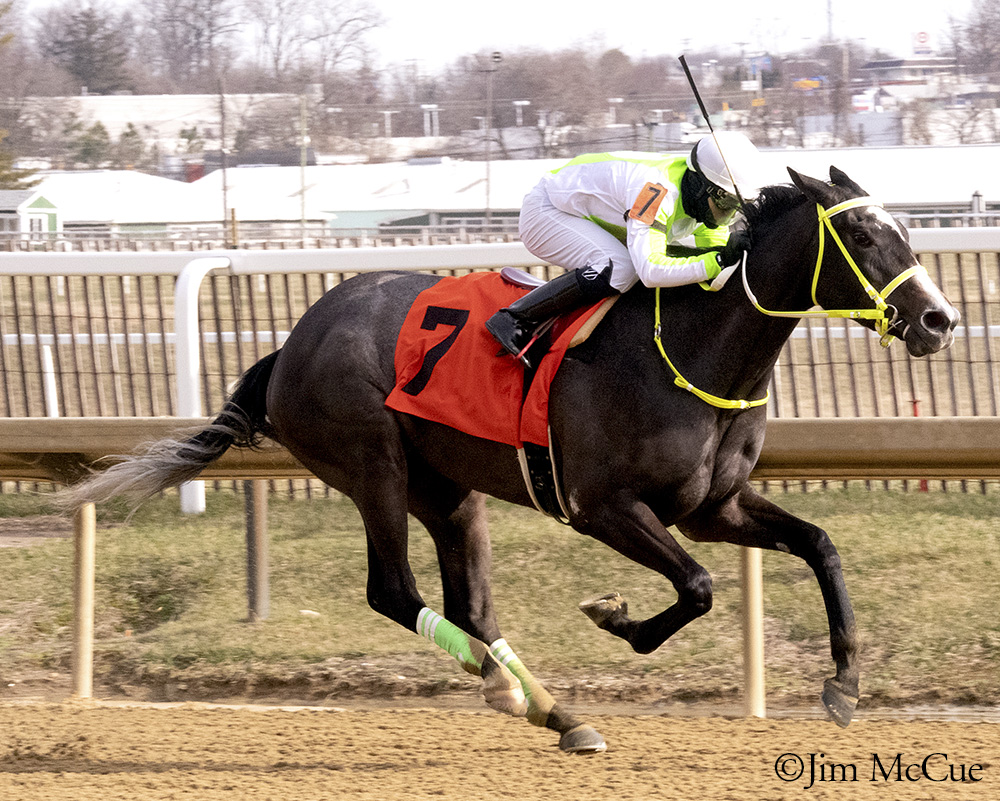 Naughty Thoughts sped up the outside of Miss Marissa to take the lead as she set an opening quarter-mile in :23.66 and half-mile in :47.37. Holding the lead throughout the far turn, the Jonathan Maldonado trainee cruised around the far turn and sped down the stretch to hit the wire ahead of Princess Cadey and She’smysunshine in 1:24.01 for seven furlongs. Odds-on favorite Bella Aurora wound up fifth.

Maldonado claimed Naughty Thoughts for $25,000 in November, a race she won for then owner Super C Racing and trainer Anthony Farrior. “She’s a pretty good filly,” said Maldonado. “She can come from behind or she can be in front. I thought [Princess Cadey] was going to take the lead but I told Jevian [Toledo], ‘If she wants to go to the lead, let her be.’ I think she’s a filly that when you try to fight with her and she wants to run, she doesn’t perform like I want. So I told him, ‘Let her run. If they catch you, they catch you.’ Thank God she had enough to win the race.”

Naughty Thoughts launched her career for Super C Racing last April, and in 10 starts won twice while racing mostly for a tag. She has not been risked since the claim, and concluded a busy 13-start 2-year-old season with three starts in December: a third-place finish in her stakes debut, the Maryland Juvenile Filly Championship, a starter allowance win, and a third the Gin Talking Stakes. She kicked off 2020 with a second-place finish in a one-mile starter allowance. All but one of her starts have been at Laurel (she was second in a maiden race at Pimlico last May). Her record is now 4-5-4 from 15 starts and $189,397 in earnings.