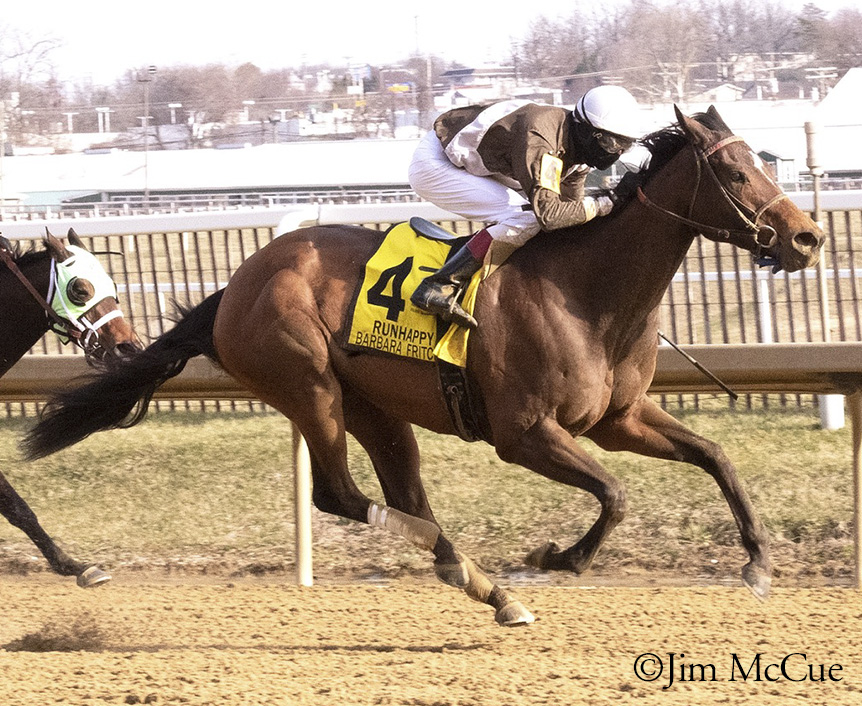 Making her 5-year-old season debut, Majestic Reason settled mid-pack as early leader Blue Eyed Girl set opening fractions of :23.79 and :46.87. As the compact field of six made its way around the final turn and into the stretch, Majestic Reason powered down the center of the track and went on to win by two and a quarter lengths as she finished the seven furlongs over a fast track in 1:23.35.

“I wanted to put her away for the winter, but I just couldn’t not point for this race. It’s just too big a deal,” said trainer Graham Motion. “It’s a graded race, it’s right here at Laurel and she loves Laurel, and she was doing great coming off a big win. There was discussion about retiring her or giving her the winter off, but I’m glad we stayed the course.”

Breaking her maiden in her career debut as a 3-year-old, Majestic Reason went on to capture the 2018 Miss Disco Stakes, finish third in the 2019 Gallant Bloom Handicap-G2 at Belmont Park, and concluded her 4-year-old season with a win in the Willa On the Move Stakes in December. Her victory in the Barbara Fritchie earned her $150,000, boosting her lifetime earnings to $462,998 with a record of 6-4-2 from 13 starts.

“I am so proud of her. She seems to get better every race. She just ran beautifully,” Hillwood’s Ellen Charles said. “This filly has never disappointed us. She’s a wonderful, wonderful filly.”

A daughter of Majestic Warrior out of the Not For Love mare Love’s Reason, Majestic Reason was bred by Sycamore Hall Thoroughbreds and Ellen Charles. Her stakes-winning dam has also produced the stakes-placed runners Jump for Love and Good Reasoning from two other foals to race. Love’s Reason has a 3-year-old Munnings colt named Artistic Reason and the 2-year-old Bandbox filly Heartful, and delivered a colt by Hard Spun last March. The mare was bred to Violence for 2020.

As for where Majestic Reason will run next, Motion is still unsure.

“I don’t know. This was my target. I would like to give her a little freshening, even if it’s just kind of a month of not doing much and maybe look at the summer. I really haven’t thought about it. Maybe something at Pimlico. She loves this track, so there’s something to be said for keeping her here, too,” Motion said. “I know I say it a lot, but she really is one of our favorites. She’s just a hard-knocking filly.”