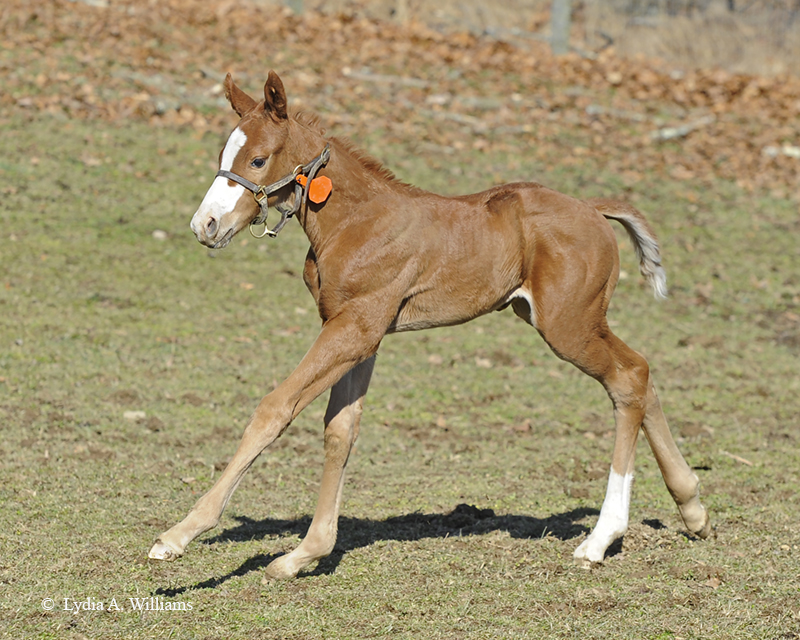 One of the most dynamic runners of his generation, Irish War Cry retired to Northview Stallion Station in Chesapeake City, Md., after a career in which he won four stakes and $1,257,060 while racing from 2 to 4 for his breeder Isabelle de Tomaso.

The son of leading sire Curlin entered his 3-year-old season as one of the top prospects for the 2017 classics. A stakes winner at 2, he captured Gulfstream Park’s Holy Bull Stakes-G2 in his first start at 3. Trained by H. Graham Motion, he followed with a smart, three and a half-length score in the Grade 2 Wood Memorial-G2. Sent off as second choice in the Kentucky Derby-G1, he contested the pace before weakening in the stretch. He arrived in New York as the favorite in the Belmont Stakes-G1, led the majority of the mile and a half classic, battled gamely with Tapwrit to the wire and finished second. At 4, he added a victory in the historic Pimlico Special-G3. In 13 career starts, Irish War Cry finished first or second seven times, six in stakes.

Out of the Polish Numbers mare Irish Sovereign, Irish War Cry is a half-brother to graded stakes winner Irish Strait, stakes-placed Irish Politics and to the dam of 2019 stakes winners Irish Mias and Regally Irish.