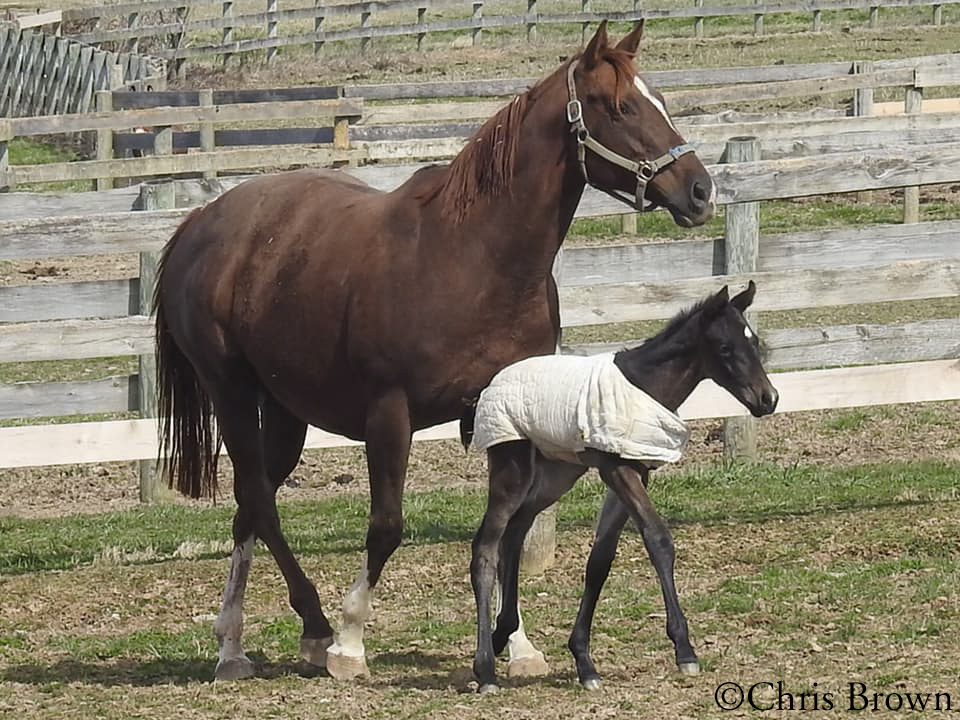 A 5-year-old son of Triple Crown sire Scat Daddy from a family of sires, No Never No More is out of Whosetheclownnow (by Tiznow), a half-sister to the dam of No Nay Never (by Scat Daddy), thus making him three-quarter in blood to one of the top young sires in Europe and South America. Bred in the U.S., No Nay Never was France’s champion 2-year-old after winning the Prix Morny-G1, won the Group 2 Norfolk Stakes in his only start in England, and was a graded stakes winner and second in the Breeders’ Cup Turf Sprint-G1 and Swale Stakes-G2 in the U.S.

No Never No More’s second dam, graded stakes-placed Comical Cat, is also the dam of Ack Ack Handicap-G3 winner and sire Cat’s Career and stakes winner and sire Al’s River Cat. Others found in the family are English champion miler and sire Half a Year, millionaire and sire Event of the Year, and Del Mar Futurity winners Tamarando and Winning Pact.

Entering stud last year, No Never No More stands at Winding Creek Farm for an advertised fee of $2,000.