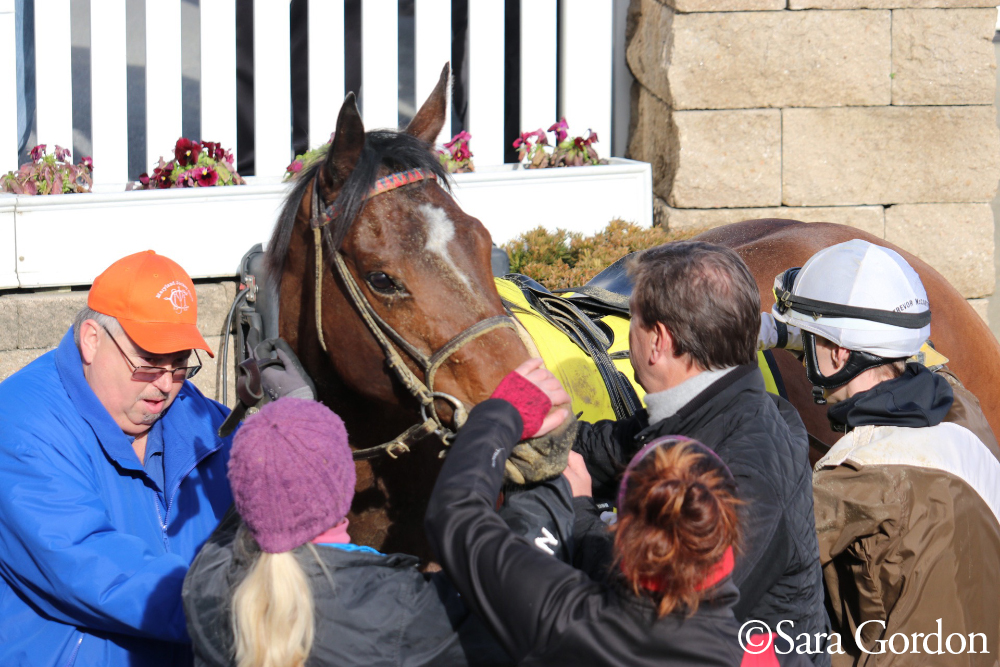 In a post on trainer Graham Motion’s Herringswell Stables’ Twitter page the afternoon of Monday, March 23, it stated: “Majestic Reason left today to be bred. Had originally planned a summer campaign for her but assuming she gets in foal this makes the most sense in our present environment. She has been a special filly for us and will hopefully be an even better mum!”

On Friday, March 27, Motion posted on his personal Twitter page that Majestic Reason “was bred to Irish War Cry yesterday.” He continued with, “Would love to have had her in training this year but these are uncertain times.”

Bred by Richard L. Golden’s Sycamore Hall Thoroughbreds and Ellen Charles, the 5-year-old mare campaigned for Charles’ Hillwood Stable and Golden. Based out of Motion’s barn at Fair Hill Training Center in Elkton, Majestic Reason primarily ran at Laurel Park where she cemented many career milestones including her first stakes win in the 2018 Miss Disco as a 3-year-old and her first graded stakes win in this year’s Barbara Fritchie-G3.

The talented daughter of Majestic Warrior out of the stakes-winning Not For Love mare Love’s Reason finished third in her graded stakes debut last fall, the Gallant Bloom Handicap-G2 at Belmont Park, captured the Willa On the Move Stakes in December, and placed in three other stakes throughout her 13-start career.

Majestic Reason held a record of 6-4-2 and only finished worse than third once, when she was fifth in the Pumpkin Pie Stakes at Aqueduct last November. Her career earnings total $462,998.

Following her victory in the Barbara Fritchie, the final race of her career, Motion said, “I know I say it a lot, but she really is one of our favorites. She’s just a hard-knocking filly.”