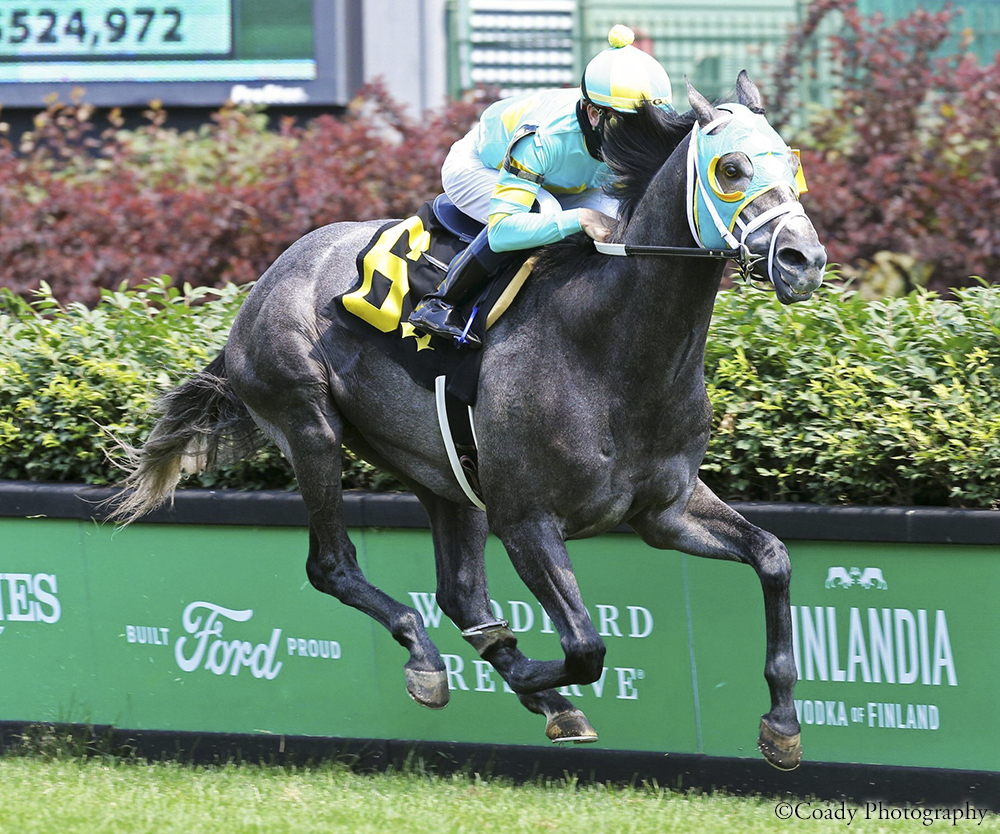 After bumping with Kinenos out of the gate, the Michael Maker trainee burst to the front of the group as he set the first quarter-mile in :24.12, the half in :48.41 and six furlongs in 1:12.18. As the field turned for home, Field Pass turned back a late challenge from Bama Breeze and completed the mile and an eighth on the turf in 1:47.99, the fastest time of the meet at the distance.

“He ran so easy today on the lead,” jockey Tyler Gaffalione said. “We saw there wasn’t much speed in the race so I asked him a little bit out of the gate and was able to get clear on the lead. He had plenty of energy left in the stretch.”

Finishing second in his 2-year-old debut at Churchill Downs last June, Field Pass broke his maiden by three-quarters of a length at Saratoga in his second start and followed up with a second-place finish in his graded stakes debut in the With Anticipation Stakes-G3 a month later.

Making three more starts to finish out 2019, including a fourth-place finish in the Keeneland’s Bourbon Stakes-G3, Field Pass kicked off his 3-year-old season in February with a victory in the Dania Beach Stakes at Gulfstream Park. He recorded his first graded stakes win next out in Turfway Park’s Jeff Ruby Steaks-G3 over the all-weather track. He finished third as the favorite in Churchill Downs’ War Chant Stakes in May.

“He’s been a really nice horse this year for us,” Maker said. “That was a nice victory and [he] did everything very easy.”

Field Pass has improved his record to 4-2-1 from 10 career starts, with $358,610 in earnings. Bred by Mark Brown Grier, the son of Lemon Drop Kid out of the Runaway Groom mare Only Me was consigned by Becky Davis in the Fasig-Tipton Midlantic Eastern Fall Yearling sale and purchased by Owls Bloodstock for $37,000. Of the three foals his dam has produced, she has one other starter, the winner You Must Chill (by Winchill), an earner of $81,052.

Read more about the Audubon here