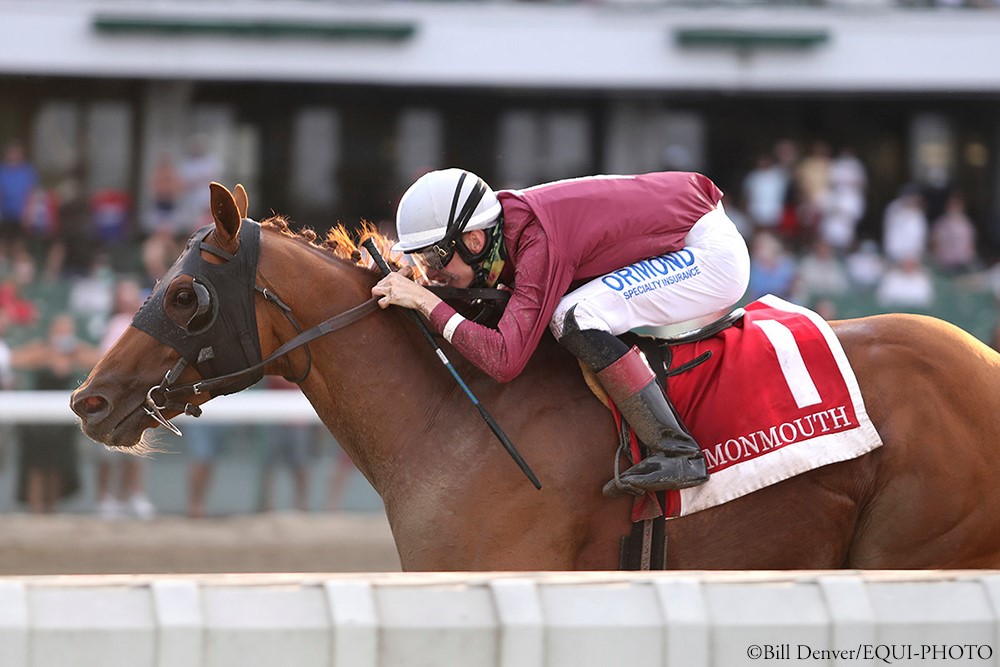 In his first start since finishing fifth as one of the favorites in the Maryland Million Sprint Handicap last October, Laki broke right to the front and raced just off the early leaders through the opening quarter-mile in :22.11 and the half in :45.37. The Damon Dilodovico trainee began his move as he turned for home and burst away down the stretch, drawing off to win two and a half lengths in a final time of :57.62. It was his first win at a track other than Laurel Park.

“He’s been training so well coming into the race. I’m not surprised by this, even after eight months off,” said Dilodovico. “Toward the end of the year last year he just needed to be refreshened. We weren’t looking for the COVID-19-sized freshener but maybe it ended up helping him.”

It was the 7-year-old gelding’s fifth stakes victory and first win since he captured the Frank Whiteley Jr. Stakes last spring. Along with wins in the Not For Love, Polynesian and Howard and Sondra Bender Memorial Stakes, Laki finished second in the 2018 Frank J. De Francis Memorial Dash Stakes-G3 and third in last year’s General George Stakes-G3.

Bred by Tom Michaels and Lorna Baker, Laki is a son of the late Not For Love stallion Cuba out of Truthful Dutch, a winning daughter of Swear by Dixie. From five named foals produced, Laki is her only winner from three starters.