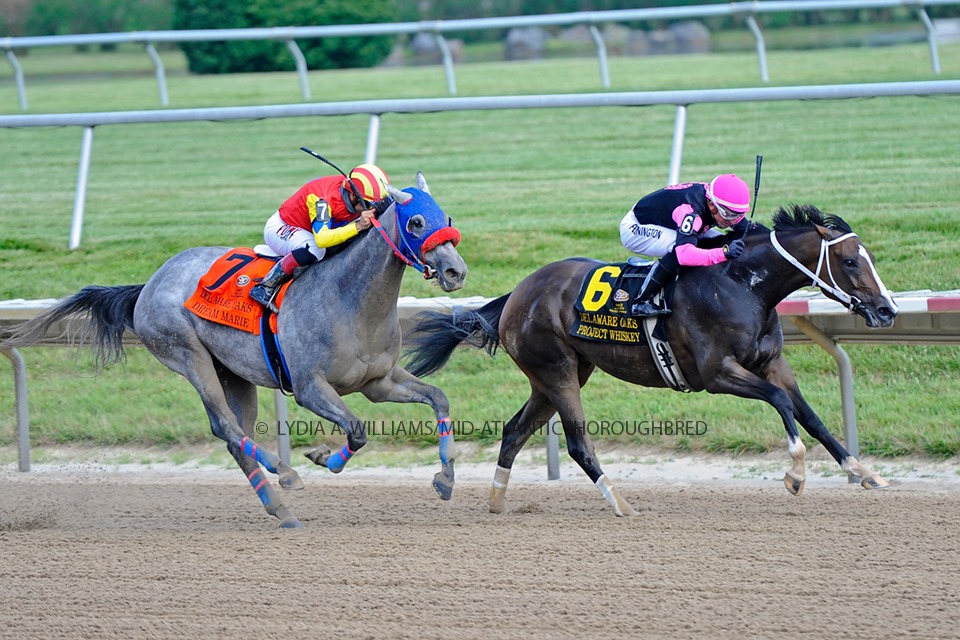 Making her graded stakes debut, Project Whiskey prompted the pace early, took command at the top of the stretch and dug in along the rail to turn back a charging Dream Marie to the wire.

“Going into the race Butch [Robert Reid] had her unbelievable,” said winning jockey Frankie Pennington. “It was a real gutsy effort for my filly especially because it was her first time going two turns. She broke sharp and put us in a good position. When the seven [Dream Marie] came towards us just before the quarter pole, I asked her and she fought back on. The more we were staying together with seven, the more she just kept fighting and she gutted it out.”

The 3-year-old daughter of Tapizar broke her maiden by five and a half lengths in her third start in September at Parx, then followed up with a victorious stakes debut in the Parx Juvenile Fillies. After finishing seventh in the Maryland Juvenile Filly Championship in December, Project Whiskey had over a five-month layoff before making her 2020 debut at Churchill Downs, where she finished sixth in a six-furlong allowance in late May. “I am glad we went down to Churchill to get that race in her which set her up perfectly for this,” said her trainer. “I think this is what she has been waiting to do – to go a route ground.

“We are not sure where we are going to go next with her, but I am sure it will probably have the word ‘Oaks’ behind it,” Reid continued. “What exactly that race is, we are going to have to sit down with the owners to figure out. I am just happy to have this ownership group.”

Out of the winning Malibu Moon mare Over the Moon, Project Whiskey and her dam were both bred by David and JoAnn Hayden’s Dark Hollow Farm. The mare has two named foals of racing age - Project Whiskey and the placed runner Snidely. Project Whiskey was one of the stars of the 2018 MHBA Yearling Show, winning her class which included future Breeders’ Cup winner and 2019 Maryland-bred Horse of the Year Sharing.