Unfazed by the switch from turf to dirt, Introduced eased through the rain and the mud to take the Smart N Fancy Stakes by three and a quarter lengths Thursday, Aug. 27 at Saratoga. 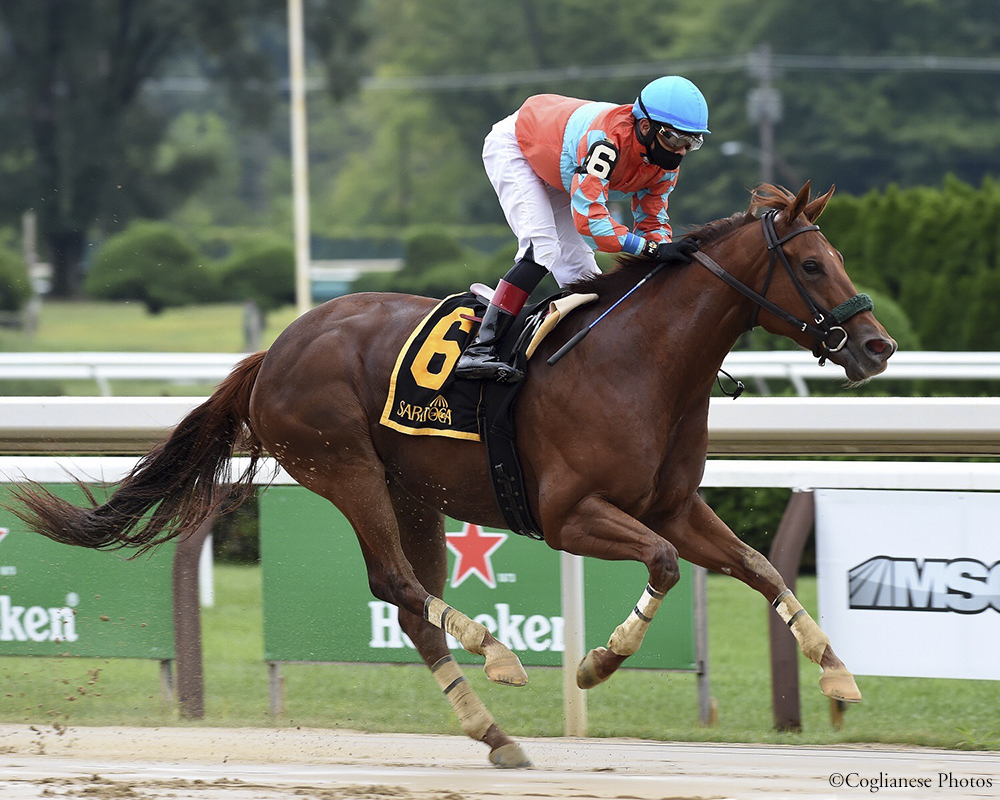 The field of five quickly gave way to a two-horse race between Peaceful and Introduced, who broke to the front and dueled to the final turn through opening fractions of :22.41 and :44.84. As they turned for home, Introduced burst ahead to increase her lead and secure her second stakes victory. Final time for the five and a half furlongs was 1:03.06.

Making just three starts as a 2-year-old, Introduced finished second in her career debut at Saratoga in August before breaking her maiden by three lengths in Laurel the following month, and ending the season with a second in her stakes debut, the Stewart Manor at Aqueduct in November. As a 3-year-old, she captured a allowance before finishing third in the Stormy Blues Stakes then scoring her first stakes victory in the Miss Disco, all at Laurel.

This year, the Jorge Duarte Jr. trainee has three wins from four starts, including back-to-back allowance wins at Laurel and Delaware. She was fourth in Saratoga’s Caress Stakes on Aug. 1, beaten three lengths.

Bred by Sycamore Hall Thoroughbreds, the chestnut filly sold for $30,000 at the Fasig-Tipton Midlantic fall sale as a yearling before selling for $310,000 as a 2-year-old to Charles H. Boden, agent. Introduced is one of eight foals the Cherokee Run mare Stuttgart has produced. All six of the mare’s foals of racing age have started; four are winners.