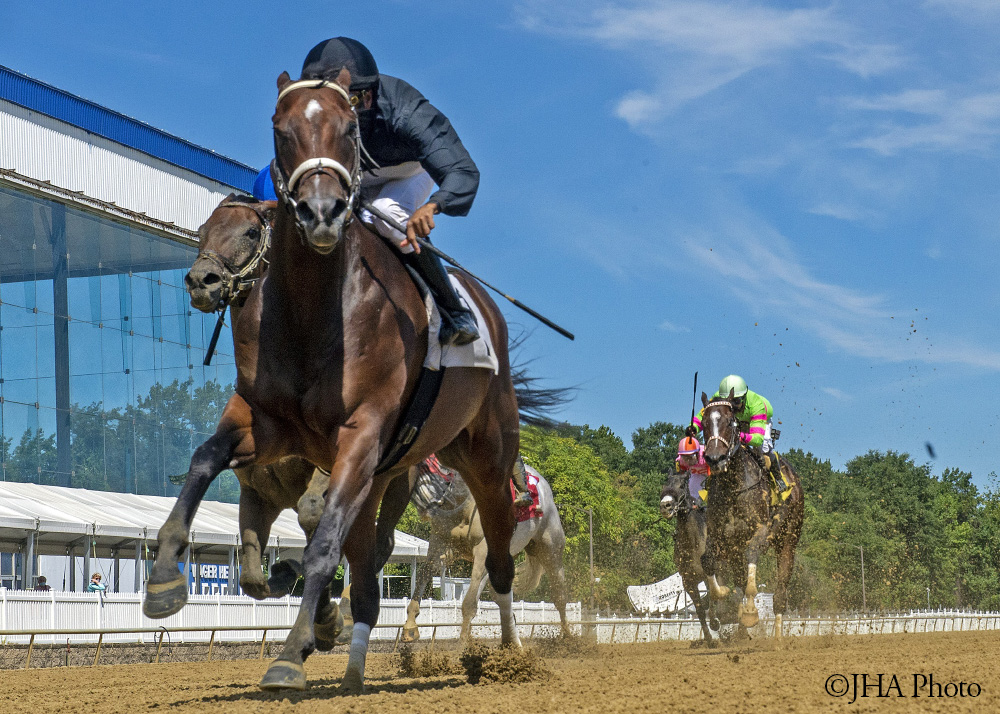 Stepping up to stakes company for the first time since the 2019 renewal of the Alma North (run last year in June), Never Enough Time broke to the front and dueled with even-money favorite Amy’s Challenge through an opening quarter-mile in :22.23 and half-mile in :45.88. Spurting to the lead around the final turn, Never Enough Time fended off a late run by Chalon to win by a length and stopped the clock in 1:10.70 for the six furlongs.

“Honestly, we were just hoping to run and get a decent performance. I think the owner would have been tickled to death to hit the board in the race,” trainer Mike Trombetta said. “To win it, it’s just a hell of a lot better.”

Unraced at 2, the daughter of Munnings won her first two starts at 3 by a combined 10 3/4 lengths at Laurel, then tackled the phenom Covfefe in the Miss Preakness Stakes-G3 at Pimlico in her third start, winding up finishing in mid-pack. Her year concluded with a fourth in last year’s Alma North, then a race for 3-year-old fillies.

Three days shy of a year Never Enough Time returned to the races and made her first start on the turf, going five and a half furlongs at Laurel, but was never a factor when fading to ninth. Shipped to Monmouth she won a main track allowance in July and followed with a second in a Laurel allowance last month.

She’s won four times from eight career starts, with one second, and has earned $177,393.

What Time It Is has seven foals of racing age, six starters, five winners. The mare has a yearling colt by Mineshaft named Notimelikepresent, no reported foal of this year, and was bred to Munnings for 2021.