MCA Racing Stable’s Harpers First Ride proved there’s no place like home when he cruised ahead of favorite Cordmaker to win the $100,000 Deputed Testamony Stakes Saturday, Sept. 5 at Laurel Park. 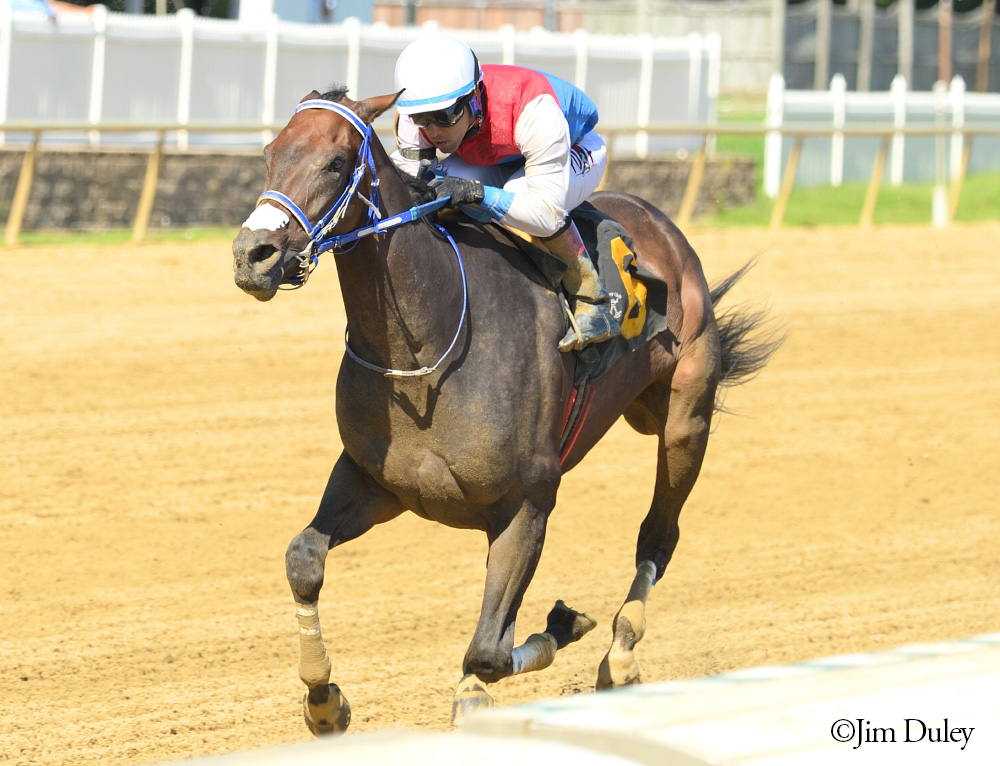 Returning to his home track after two out-of-state starts, Harpers First Ride settled into third behind Cordmaker as Infuriated led the pack through modest fractions. As Cordmaker moved up around the final turn to challenge the leader, Harpers First Ride took action too as he challenged from the outside and burst ahead down the stretch to win by three and a quarter lengths. The Claudio Gonzalez trainee finished the mile and a sixteenth in 1:42.86. In seven starts at Laurel Park since October 2019, he has won six and was third once.

“You can see how much he likes it here,” Gonzalez said. “I can’t complain about the trip. He had a perfect trip. He broke good and [jockey] Angel [Cruz] let the two horses go in front and moved at the right time. He did an excellent job.”

It was the 4-year-old gelding’s first stakes victory in a second attempt, after finishing fifth in the Monmouth Cup Stakes-G3 at Monmouth Park in July. Since breaking his maiden in his third career start at Churchill Downs last September – the race he was claimed away from breeder Sagamore Farm for $30,000 by Gonzalez – Harpers First Ride has won five allowance races, all at Laurel. Prior to his Deputed Testamony win, he made his first start in Pennsylvania at Parx, where he finished second to Infuriated in a mile and a sixteenth allowance.

Harpers First Ride is a son of Paynter out of the Tiz Wonderful mare Polyester, purchased by Sagamore for $130,000 as a yearling at the 2011 Fasig-Tipton Kentucky summer sale. Polyester never raced, but her first foal, a son of Quality Road named Route Six Six, sold as a Keeneland September yearling for $200,000 in 2016 (and later sold at 2 for $340,000). He is racing out in California for Jay Em Ess Stable and has a win each of the past three years, the most recent at Santa Anita back in March.

Before being sold for $90,000 at the Keeneland January mixed sale in 2018 in foal to Quality Road, Polyester delivered a Discreet Cat filly in Kentucky in 2017. Racing in Sagamore Farm’s colors, Proprioception was a winner of her only start earlier this year, a $25,000 maiden claimer at Gulfstream Park in March.