Eastern Bay gets it done in Polynesian Stakes 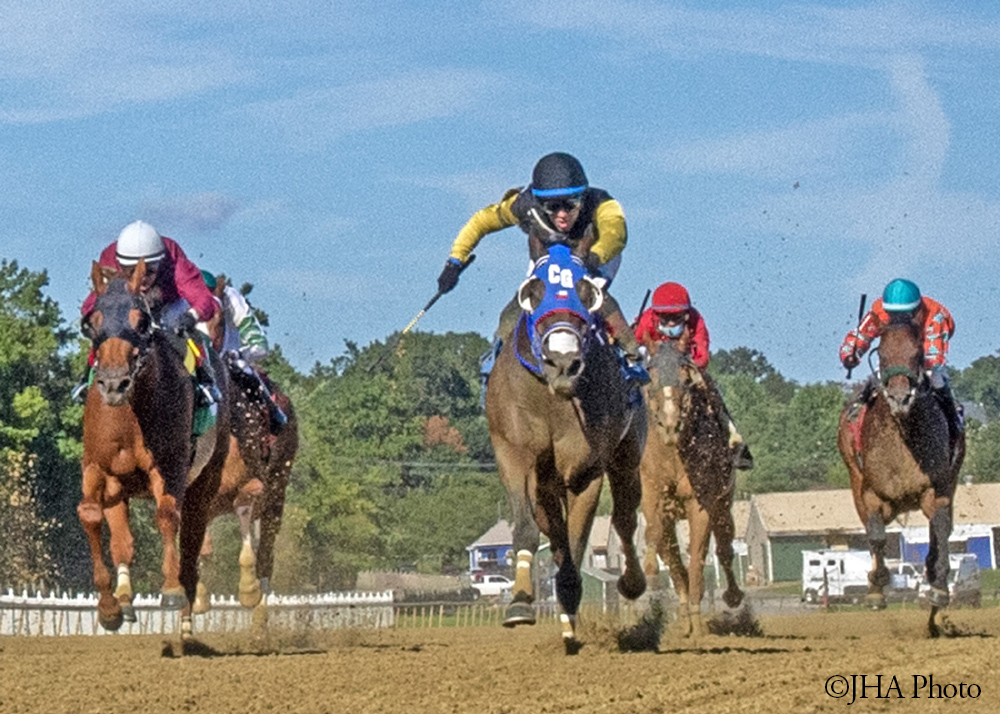 Making his first start in stakes company in more than a year, Eastern Bay settled mid-pack as early leader Meru battled Laki, who challenged from the outside. Led through an opening quarter-mile in :22.31 and half in :44.89, with Laki taking over around the final turn, Eastern Bay found an inside opening and flew down the stretch to win by a length and a quarter. Final time for the six furlongs was 1:08.72.

It was Eastern Bay’s third win in four starts for Bone and trainer Claudio Gonzalez, who claimed the gelding in February at Laurel for $35,000. Over five seasons, Eastern Bay has 10 wins, three seconds and three thirds from 33 career starts, for earnings of $419,184.

“He didn’t break that sharp the last time and that’s why you have to tell the jockey to warm him up good, like today. Today he broke right there,” Gonzalez said. “This horse is a classy horse. With me, he has done everything right. He says to you, ‘Listen, I’m ready.’ Just a classy horse.”

Bred by Nancy Lee Farms, the son of E Dubai made the majority of his starts for breeder Victor Frenkil under the guidance of trainer A. Ferris Allen III. Off the board in his only start at 2, Eastern Bay won his 3-year-old debut in January 2017 and made his stakes debut next out in Laurel’s Frank Whiteley Jr., finishing fourth. Stakes starts were few and far between over the next few years, but he became a solid allowance/upper level claimer, winning on dirt and turf.

Eastern Bay is the second stakes winner for Chrusciki, a stakes-winning Polish Numbers mare Frenkil and his wife Nancy purchased as a weanling for $40,000 at the 2000 Fasig-Tipton Midlantic December Mixed sale. Chrusciki is also the dam of 2016 Maryland-bred champion older male John Jones (by Smarty Jones), who has won a dozen races – three stakes – and is still in competition at age 8. He finished second in the Jennings Stakes back in January and currently has earnings of $598,484.

Chrusciki raced through age 6 while earning $322,828, and produced her first foal in 2008 (a colt by Forest Wildcat named Squanto who never raced). She has delivered a foal every year (13 straight) and of her eight starters, six are winners – four with earnings in the six figures. The dam of a yearling colt by Creative Cause, she had an Exaggerator filly in April and was bred to Irish War Cry for 2021.