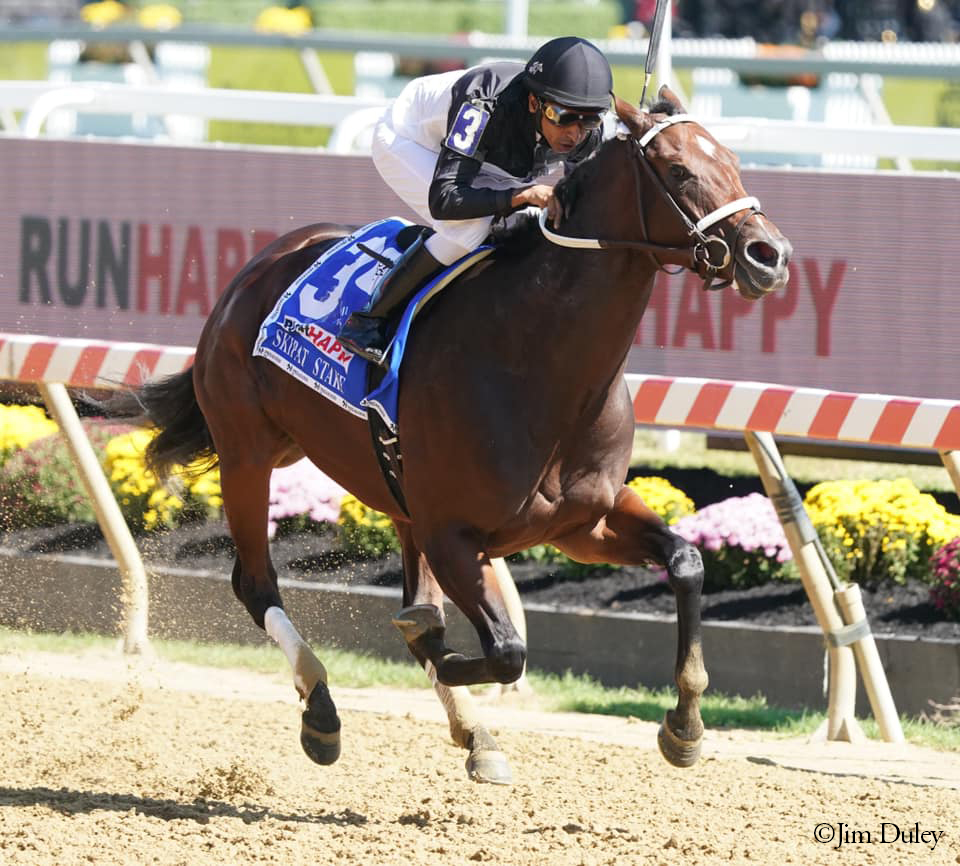 After winning the Alma North Stakes at Laurel in September, Never Enough Time returned in the competitive Skipat and was quick to take charge, leading the pack through an opening quarter-mile in :23.46 and a half in :46.03. She was two lengths clear turning for home and held her ground to hold off Bronx Beauty by three-quarters of a length while completing the six furlongs in 1:10.42.

“I knew we were going to have the speed on the inside. I told Julian, ‘Assuming she breaks well, if anyone tries to take the lead from you, make them earn it. I think the rail’s really going to help her,’” said trainer Mike Trombetta. “She’s got some natural speed. It takes her a step to get going, but once she got on her way, the advantage shifted in favor.”

After notching her second consecutive stakes win, 4-year-old Never Enough Time’s overall record stands as 5-1-0 from nine starts with earnings of $237,393. The daughter of Munnings won her first two career starts at 3 and this year won an allowance at Monmouth in July before capturing the Alma North.

Descending from Johnson’s foundation mare Ran’s Chick, Never Enough Time is the fifth foal produced by What Time It Is, a multiple stakes-placed daughter of Partner’s Hero. From seven foals of racing age, What Time It Is has produced five winners from six starters. The mare has a 2-year-old filly by Paynter named Who Knows What who has placed once in three starts for her breeder, and a yearling colt by Mineshaft named Notimelikepresent. She was bred to Munnings for 2021.